Have you ever looked at a player's listed weight and laughed, wondering just how he could expect us to believe that it was true? Or maybe looked back at a player's career and wondered how exactly he went from that svelte 20-year-old body to that vastly different 35-year-old body?

Listed below are four players who have had an interesting physical journey throughout their playing careers. Using the official height and weight stats found on the back of their year-to-year baseball cards, I've traced each player's physical changes from his debut to his final year. It's not surprising to see obvious discrepancies between the official and actual weights, but it is enlightening to see them side-by-side. We'll never get complete and honest weights (and heights) from ballplayers; at the very least, then, we should try and recognize how we're being fooled.
As an added bonus, I've matched each of these players with their most physically similar NBA player, according to the listed height/weight. It's true that the same inaccuracies can be found in NBA bios (just look at Shaq's weight his final three or eight years), but, considering the shape a typical NBA player needs to be in to be successful, the listed weights tend to be more accurate. And, even if not, it should still be fun!
Tony Gwynn
Tony Gwynn, the San Diego superstar who was drafted out of San Diego State University by both the San Diego Clippers and the San Diego Padres, is easily the first player I think of when I think about body transformations. After all, throughout much of my childhood and teenage years, Gwynn could be politely described as "rotund". To think that that flabby rightfielder was, in an alternate universe, a potential NBA star was hard to handle. 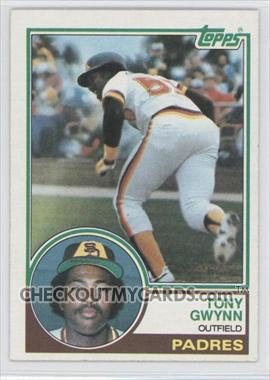 Gwynn began his career in 1982/83 listed at 5-foot-11 and weighing 185 pounds. Looking at old pictures, it was a believable body size. However, he put on weight pretty quickly and, in 1986, was already listed at 206 pounds. Over the next couple of years, Gwynn's official weight drifted between 199 and 205 pounds, though pictures seemed to disagree with these numbers. In 1990, for example, Gwynn was listed at 5'11", 199 lbs. while Mets third baseman Howard Johnson was listed at 5'10", 195 lbs. This is what the two looked like that season: 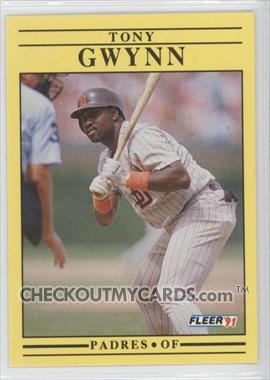 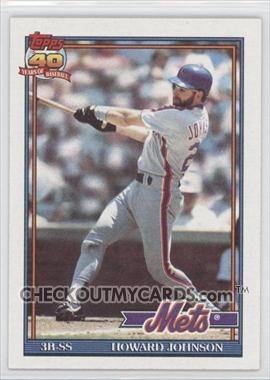 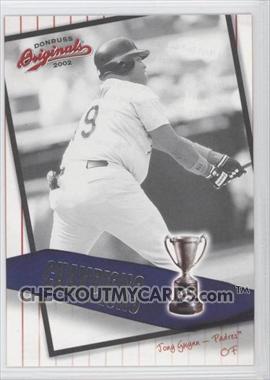 And here is a photo of the NBA player with the closest listed height and weight to Gwynn (Kareem Reid, 5'11", 218 lbs.): 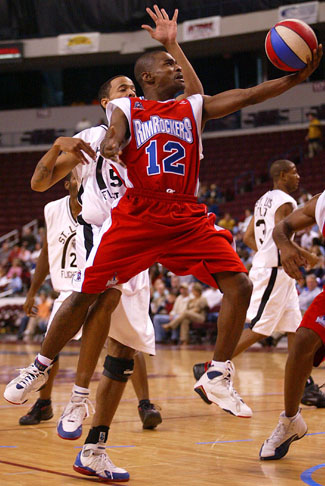 David Eckstein
To be fair, Eckstein is included here not so much for his physical change throughout his ten-year career so much as he is included for his remarkable stature, period. There aren't many players in modern baseball who can be as small as Eckstein and still be good. And let us not forget that, cliches and grittiness and heart and leadership aside, Eckstein had two or three very strong seasons for the Angels and Cardinals. He spent the last five years of his career riding the coattails of those seasons, sure, but he was a legitimate starter for a while. 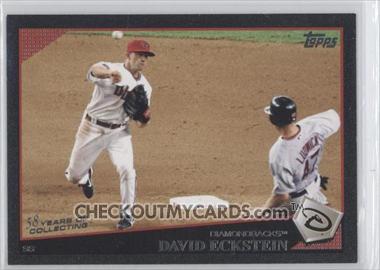 It may surprise you to learn that Eckstein did actually have a bit of a physical change in his official size in his career. As a rookie for the Angels, Eckstein was listed at 5-foot-8, weighing 170 pounds. Two years later, however, Eckstein had lost five pounds – and an inch! He was now officially listed at 5'7", 165 pounds. Thankfully, the X Factor didn't continue to shrink, though his weight did jump up to 175 pounds in his last couple of years.
The last NBA player to be listed anywhere near Eckstein's size was early-1990s Golden State Warrior Keith Jennings at 5'7", 160 lbs.: 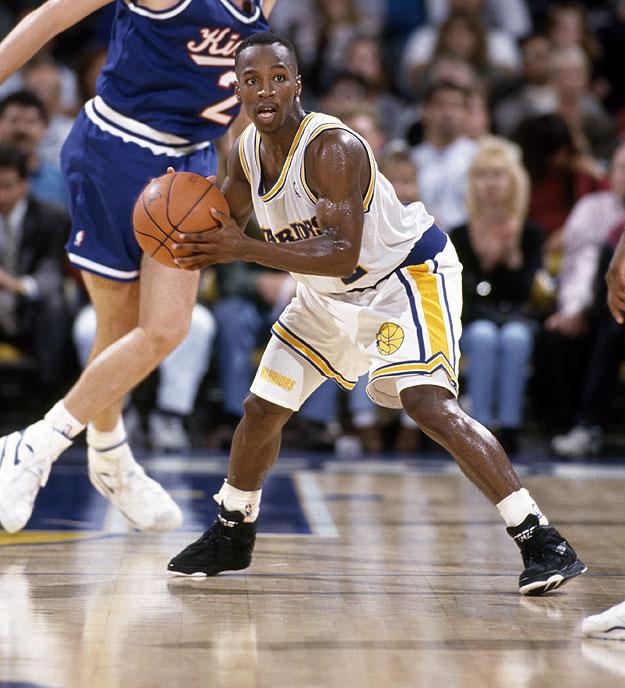 Barry Bonds
The poster boy for physical transformations. It doesn't take much effort to find someone willing to complain about the change Barry Bonds made, from a skinny kid known for his speed to a mammoth hulkster and owner of the career home run record. Usually those complaints are seasoned liberally with complaints of steroids and other nefarious drugs. I don't buy the complaints – because, honestly, anyone paid millions of dollars to workout constantly is going to end up getting bigger, especially if he makes weight gain and bulk a goal – but there is no doubting the change. 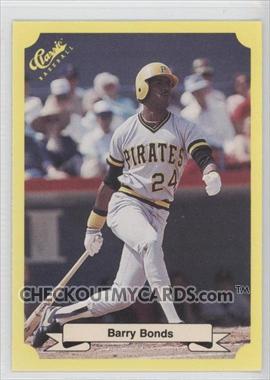 Now, Barry Bonds was never David Eckstein. As a rookie, Bonds was listed at 6-foot-1 and 185 pounds – tall and skinny, just like his baseball cards. As he aged and grew into his body a bit, his listed body weight didn't change much. By 1992, Bonds had officially grown to 6'1", 190 pounds. As Bonds reached his 30s in San Francisco, he seemed to be getting bigger, but there was no change in the official bio. 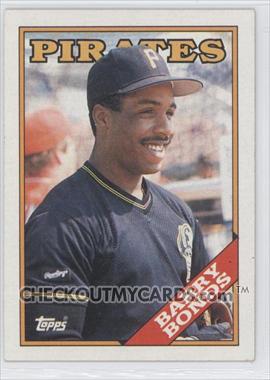 And then the big year. In 2002, Bonds' official bio finally changed to fit what we all could tell already: he had gotten bigger. We just had no idea how much bigger. The 6'1", 190 lb. leftfielder was now suddenly 6'2" and 228 pounds! Well of course! He had just slugged 73 home runs after all! 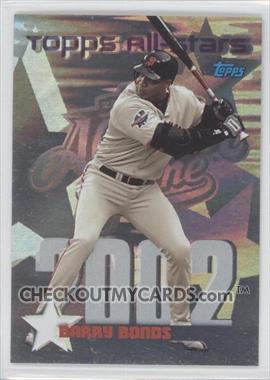 Hopefully, it doesn't need to be said that just because Bonds gained nearly 40 pounds (and one whole inch) in his official bio from one off-season to the next doesn't mean that he actually gained that size over one winter. It was all the muscle and body-mass we could see him adding during his San Francisco tenure; it's just that he finally decided to update his bio to reflect those years of changes.
The NBA player listed as physically closest to Barry Bonds' final listed playing weight of 6'2", 230 pounds is Jim Spruill at 6'2", 225 lbs., who played one season in 1948. The closest recent player is Jeremy Pargo, who is listed at 6'2", 219 pounds. Pictures of Pargo make him appear much smaller than Bonds, however. 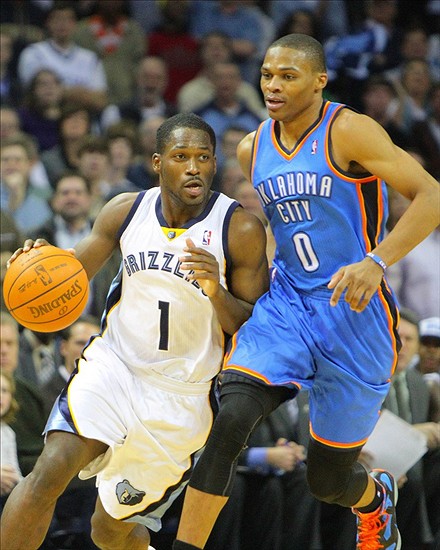 C.C. Sabathia
There's never been a pitcher like C.C., a giant of a man in both height and girth. When Sabathia finally joined the Yankees, there were serious articles written wondering if, because of Sabathia's width, he was the record-holder for most pinstripes on his uniform. That's not the type of article someone writes about, say, Dustin Pedroia. Considering that Sabathia keeps ending up near the top of the Cy Young Award voting every year, it's good to know that his unique size isn't hurting him. 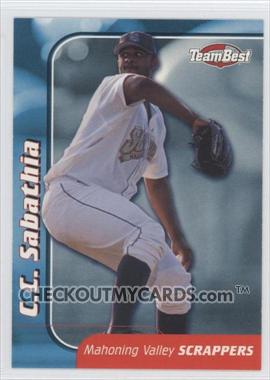 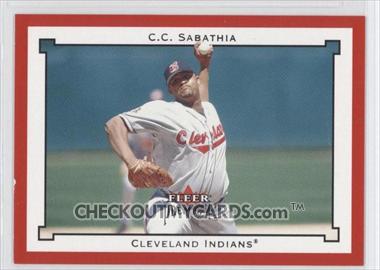 Drafted out of high school in 1998, C.C. was a big kid, but nowhere near as large as we know him today. His minor league bio listed Sabathia at 6-foot-7 and 235 pounds, and he looked quite good. It wasn't until he finally reached the bigs that his stats were updated to 6'7" and 260 pounds. Two years later, his official weight was increased in 270 and, one year after that, it was up to  290. Officially, Sabathia hasn't changed his weight since 2004, staying just shy of 300 pounds for going on eight years now. This seems awfully generous to me. 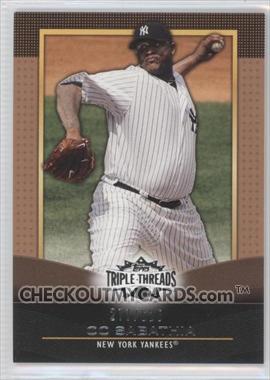 At 6'7", Sabathia is a giant of a baseball player, but merely kind-of big for an NBA player. The largest (read: fattest) 6'7" player in NBA history is current Spur Dejuan Blair, at 6'7", 265 pounds. Increasing the search to 6'8" players, we find a slightly better match. Robert "Tractor" Traylor was listed at 6'8", 284 lbs. in his playing days – and looks a bit more like CC. 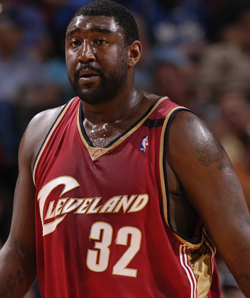 Traylor had the same listed height/weight in his final year as he did as a rookie. That seems even more suspicious than Sabathia's steady weight.

You need to be logged in to comment. Login or Subscribe
SamVan
Has anyone ever done a list where they compare players at the same height and weight across sports? Like trying to figure out who has gotten the most ever out of their height and weight? Obviously, as Larry shows, these numbers change over a career, but for most guys there is a number or range in weight that they more or less played at. I would have fun looking at a list like that.

...or, you know, they could just start spring training already.
Reply to SamVan
ArthurCopeland
For those too young to remember, David Letterman had a lot of fun back in 1985 with Braves reliever Terry Forster. He showed an old Topps baseball card of the young, thin Forster with the listed weight of 210. Then he showed the current Terry Forster card, accurately described him as now a "fat tub of goo" and then showed the back of the new card . . .

Forster handled it well and even appeared on Letterman soon thereafter: http://www.youtube.com/watch?v=uL20VgJ7JM8
Reply to ArthurCopeland
Glomar
So Basketball overplays height and weight and baseball underplays it.
Reply to Glomar
mhmosher
Awesome article. I would bet Bonds' true dimensions were around 6'1", 250lbs. And CC is at least 330 lbs.
Reply to mhmosher
mhmosher
The best for overplaying height and weight is pro wrestling. In his heyday, Hulk Hogan listed as 6'8" and 302 pounds. I stood next to the man in the late 80s. He's around 6'4" and 260-275. A big dude, but not that huge.
Reply to mhmosher
SamVan
so you're a pro wrestling fan, amazin? That...actually explains a lot.
Reply to SamVan
hotstatrat
Knowing how baseball fans love statistics, why doesn't baseball smarten up and insist on giving the public more accurate numbers?
Reply to hotstatrat