Some would argue that the thumb’s primary purpose is to be raised in the manner of Arthur “Fonzie” Fonzarelli from Happy Days, but we are most concerned with its role in gripping and grabbing objects in baseball. In order for that to happen, the thumb has to be working right. You can’t play baseball at a high level with your thumb sticking up in the air like the Fonz, or if you just hit it with a hammer. One of the most common injuries to the thumb involves the ulnar collateral ligament of the metacarpophalangeal joint. In today’s installment, we are going to look at a few specific injuries to the UCL of the thumb, namely Gamekeeper’s thumb and Stener lesions.

Anatomy
The thumb, despite its appearance, is an extremely complex group of bones, tendons, and ligaments that somehow work together to allow gripping of objects and marathon gaming sessions. It is composed of five different bones (metacarpal, proximal phalanx, distal phalanx, radial metacarpophalangeal (MCP) sesamoid, and ulnar MCP sesamoid) and three main joints (carpometacarpal, MCP, and interphalangeal). The MCP and IP joints also have ligaments on the ulnar side closest to the palm (UCL) and on the radial side on the outside of the thumb (RCL). 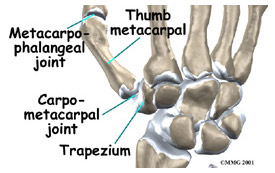 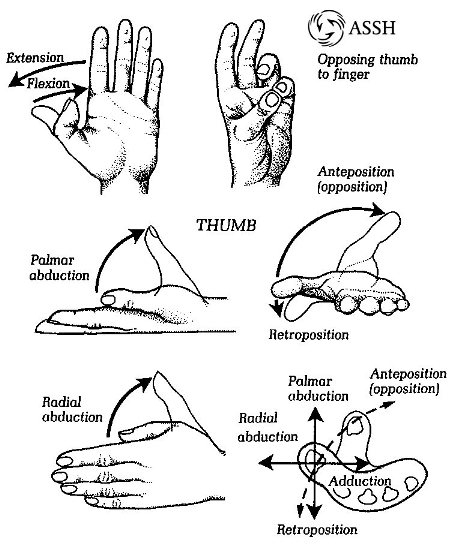 Injuries and non-surgical treatment
The thumb is involved in several common injuries. Among the most common are sprains of the UCL of the MCP joint. This occurs when a valgus force is placed on the thumb, which causes the thumb to move away from the hand, resulting in a sprain of the UCL at the MCP joint. 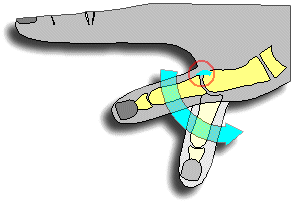 The UCL is actually composed of two different bands of the ligament that resist valgus force in different ranges of motion. The proper collateral ligament resists valgus force in flexion, while the accessory collateral ligament and volar plate resist that force in extension. Stress testing in each of these positions can tell you which of the bands is injured. If laxity is present during both flexion and extension, then the entire UCL is ruptured, assuming no fracture is present. The valgus force can also result in a small piece of bone being avulsed off from the insertion point of the UCL. X-rays can tell you if there is a bony injury, and MRIs can also be used to evaluate this soft tissue injury.

When the ligament tears, it most often tears and separates at the insertion of the proximal phalanx. Often the torn portion becomes squeezed and gets stuck in the adductor pollicis aponeurosis as it runs over the UCL, which limits its ability to heal. This is called a Stener lesion, and because it almost never heals on its own, it generally requires surgery.

Unlike the Stener lesion, sprains of the UCL and even Gamekeeper’s thumb fractures heal well on their own with immobilization and physical therapy. If there is significant opening of the joint with valgus stress testing—usually due to the presence of a Stener lesion—then surgery is warranted.

Conservative treatment involves immobilization for a period of time depending on the degree of injury. With a moderate partial tear—Grade II out of III—immobilization in a cast or rigid splint for four weeks is commonly prescribed. Physical therapy begins almost immediately in order to decrease the swelling and restore normal motion. Most UCL injuries that do not require surgery can heal in anywhere from one month to three months, again depending on the severity of injury.

Surgical Procedures
As discussed earlier, in most cases, surgery is not necessary. However, at other times, it is the only way for a player to return to the field. After stability is reexamined under anesthesia, an incision is made over the joint, with care taken to avoid the extensor pollicis longus tendon and any of the nerve branches passing through the area. The incision is carried down through the adductor aponeurosis tissue to the point where the repair will be performed.

In chronic conditions, this repair may not be feasible. In those cases, the attachment is moved distally from the original insertion point to foster the necessary stability. If the tissue is frayed, shredded, and unusable, then a reconstruction similar to other ligament replacement surgeries may be used. The preferred tendon is the palmaris longus, which is absent in about 25 percent of the population. (Quick side note: this is also why other grafts must be used instead of the palmaris longus for Tommy John surgery).

In cases where the palmaris longus is absent, the surgeon may use one of several other tendons, including the extensor pollicis brevis tendon, the plantaris in the foot, a toe extensor, a small portion abductor pollicis longus, or even a part of the flexor carpi radialis tendon. The graft is passed through a tunnel from the metacarpal to the base of the proximal phalanx before being anchored. The skin is then closed, and the patient is place in a post-operative splint.

Surgical Rehabilitation
When surgery is required, the patient must refrain from returning to full activities for at least a three-month period. 10 days to two weeks after the surgery, the patient will return to clinic and have the sutures removed. A thumb spica cast or customized molded hard splint is then used until the six-week postoperative mark. After six weeks, the patient will discontinue use of the cast/splint and begin formal physical therapy and/or occupational physical therapy to restore motion and strength. The athlete can usually resume full activities around the three-month mark. When the player returns, a splint or taping is usually used for the rest of the current season.

The long-term prognosis for recovery is usually very good, although some patients do develop stiffness that takes a long time to resolve. There can also be associated arthritis, especially with chronic tears, so continued soreness may also be an issue.

Summary
Tears of the UCL dramatically impact baseball performance because of the game’s gripping and grasping requirements. Minor to moderate sprains heal well with relative rest and immobilization, but there are times when surgery is needed. If the player ends up on the operating room table, he’ll be out for at least three months. Fortunately, the long-term prognosis for surgery is excellent, and while the player may experience some periods of stiffness and soreness, he’ll still be able to mimic the Fonz. Ayyyy.

You need to be logged in to comment. Login or Subscribe
UtahDave
For whatever it's worth, I had Gamekeeper's Thumb in 1979 that required surgery to reattach the ligament to the bone. I also broke my thumb. I was 16 then and it healed fine eventually. I was playing basketball and tried to save a ball from going out of bounds and accidentally threw the ball into my thigh causing my thumb to bend all the way back to my lower forearm/wrist. Ouch!!

My doctor told me it was the same injury that Goose Gossage had when he had a scuffle with Cliff Johnson in the Yanks locker room the same year. That was the last time I ever heard Goose Gossage's name and mine used in the same sentence.
Reply to UtahDave