This post presents similar data for the pitchers on the roster of one particular team, in this case, the Seattle Mariners, along with some brief commentary.

For an explanation of the methodology, please refer to the original article linked above. Mostly this is a data dump. I'd be curious to get feedback on whether people find this information interesting or if they would prefer that I spend my time on something with more narrative and analysis.

Felix Hernandez had about average game-to-game consistency in his fastball release point from 2008 to 2010. 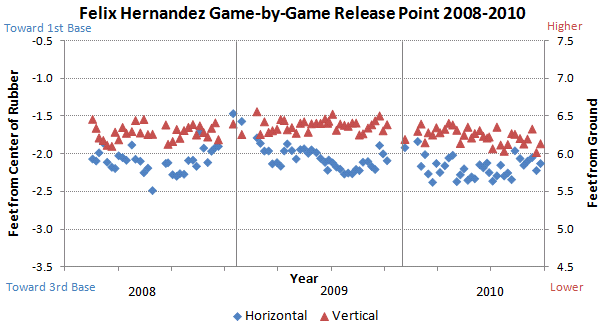 Jason Vargas apparently likes to move all over the pitching rubber. Aside from that, he's had slighlty below average release point consistency. 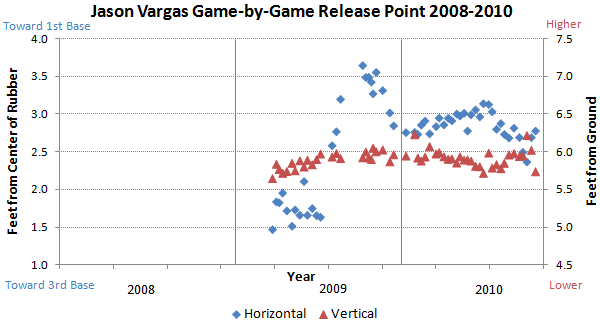 Doug Fister changed his arm angle several times, but in terms of game-to-game consistency in his fastball release point, he's been among the best league. 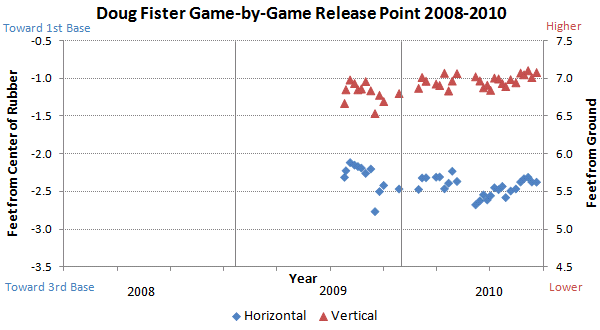 Luke French dropped his arm angle during 2009 and also shifted slightly toward third base. His game-to-game consistency was quite good. 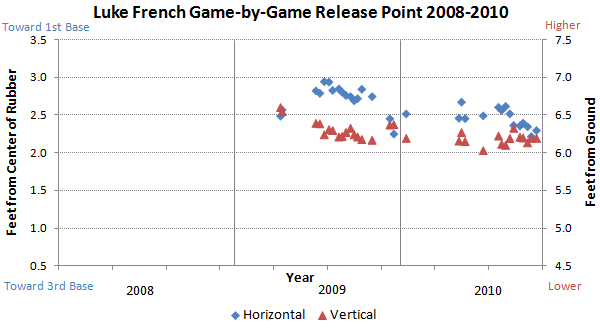 Erik Bedard missed much of the past three years due to injury, but there weren't any particular warning signs in his release points. His game-to-game consistency was about average, and there were no sudden changes prior to the injuries. 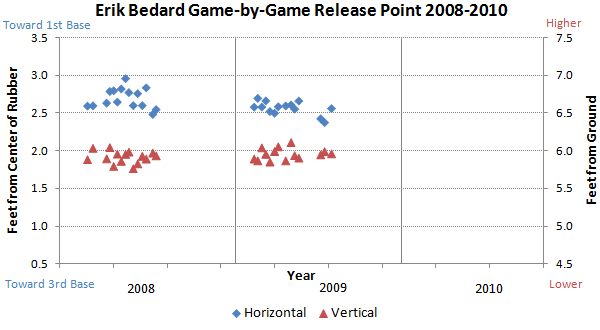 David Aardsma had very good game-to-game release consistency for a relief pitcher since raising his arm angle slightly to begin the 2009 season. 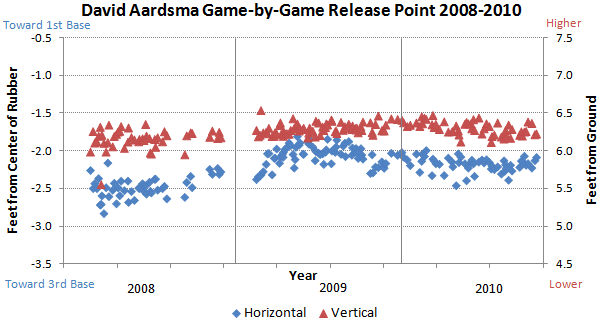 Brandon League moved over a foot toward the third base edge of the pitching rubber to start 2010 and then raised his arm angle progressively throughout the season. His game-to-game consistency was average. 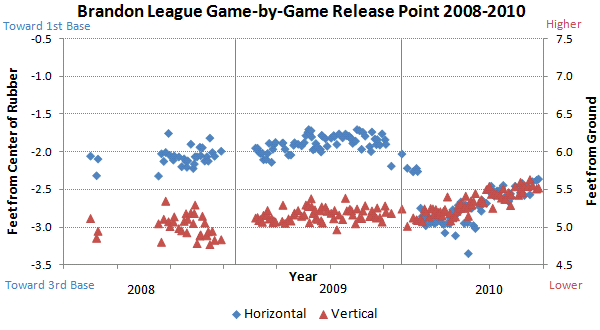 Garrett Olson made some minor adjustments over the past three years, and his overall consistency was above average. 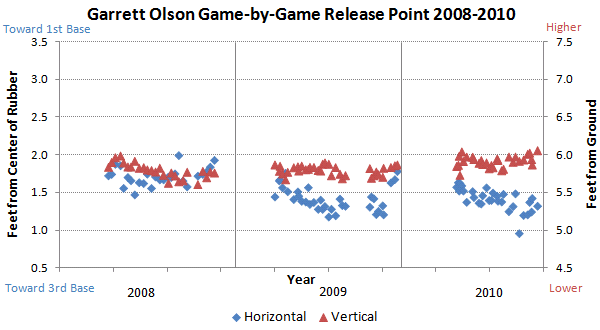 David Pauley raised his arm angle after shifting on the rubber toward third base mid-2010. His consistency from game to game was average. 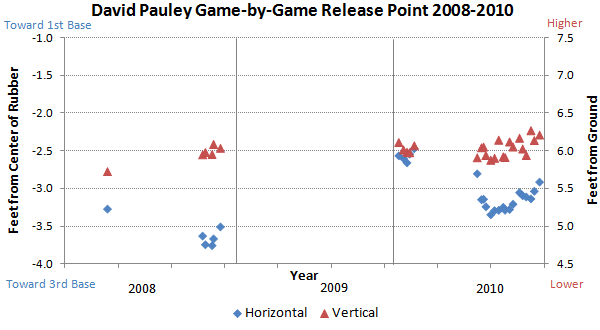 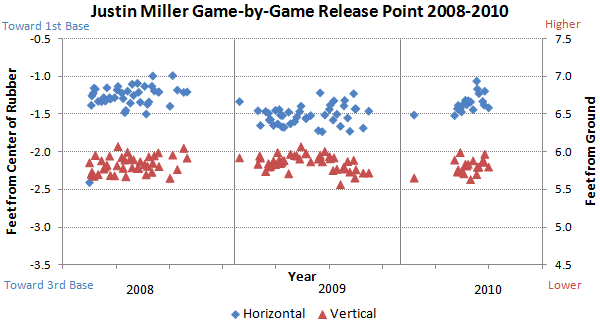 Denny Bautista was very inconsistent in his release point from game to game as well as changing his arm angle and experimenting with different positions on the pitching rubber. 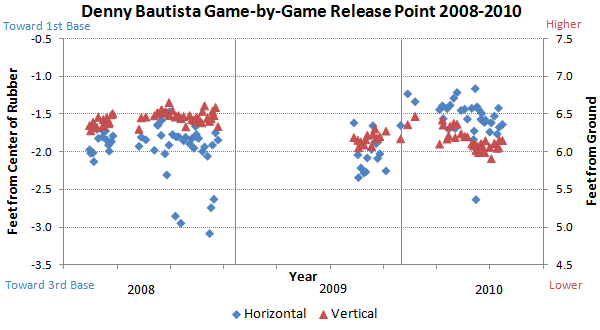 Yusmeiro Petit pitched from the first-base edge of the rubber. His consistency was average. 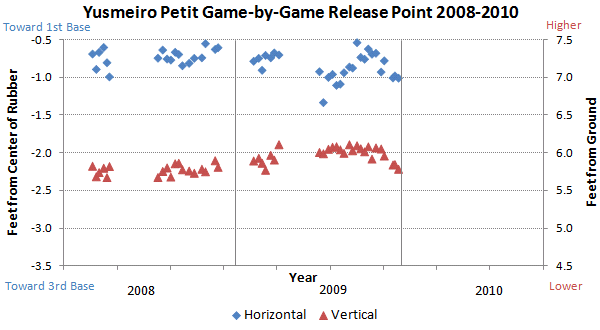 You need to be logged in to comment. Login or Subscribe
tbwhite
Don't know if anyone will read this at this point, but has anyone used this data to see if it is predictive. Does consistency in release point correlate to better results ? In other words, if you ran a regression for each pitcher for each season on his release points, I think it would be interesting to see if consistency(defined as the residual error) correlated to actual results. It seems to me that pitchers who are better at repeating their release point from start to start, would probably be the ones exhibiting the best control, as well as the most consistency in results.
Reply to tbwhite
mikefast
If you read the initial article (linked in the first sentence of this post), I talked about your question toward the end.
Reply to mikefast