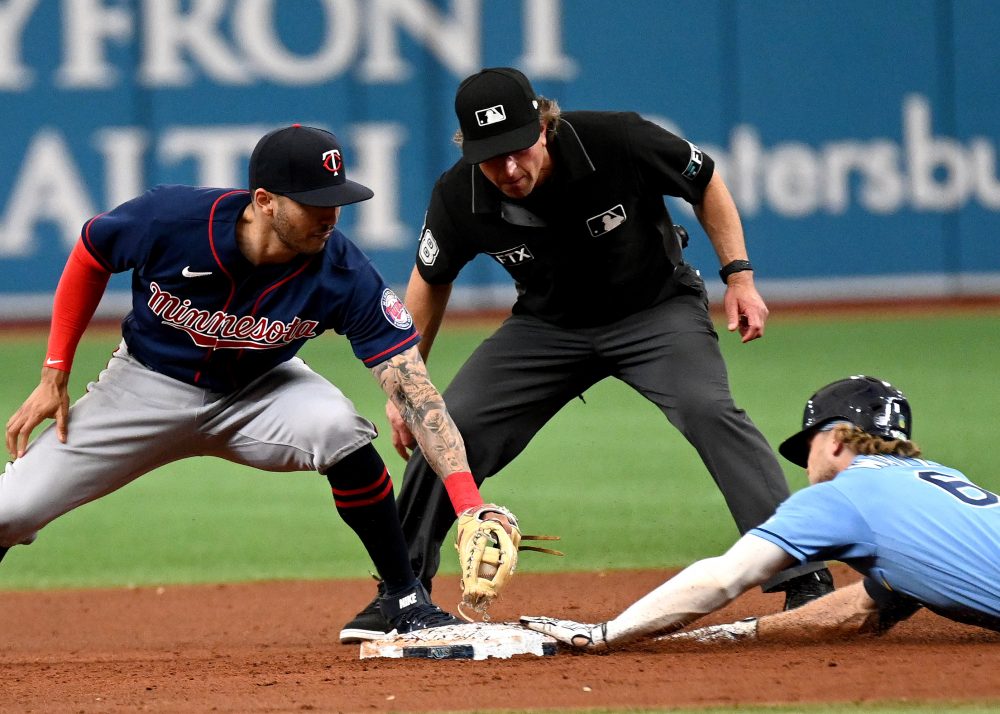 MJ Melendez $65 ($153, $11)
Melendez ostensibly got the call to replace perennial backup backstop Cam Gallagher, but I imagine he’s not here just to play the role of Salvador Perez’s caddy and catch one or two times a week. Melendez will catch some but should also DH. There was some talk of shifting him to third but that had not materialized this season. His small minor-league sample size this year isn’t good, with a .160/.284/.280 slash line in 88 plate appearances, but none of that matters now. If Melendez can tap into his prodigious power potential, he’ll be plenty valuable if he sticks, even in one catcher leagues. The “if he sticks” is kind of the rub. This could be a short-term promotion if he doesn’t hit and if Gallagher’s IL stint is short. In two-catcher leagues you must take the plunge if you’ve been rolling a part-timer or dead spot out there, but I can see why the bids weren’t more aggressive than this.

Daniel Lynch $44 ($119, $11)
Lynch is being touted as someone who might have made a Legitimate Improvement, thanks to increased use of a slider that has led to more swinging strikes. This is technically correct, but one problem with this theory is that Lynch made this change last season. It worked at first, but then the league caught up to him and he got pummeled in September. I suspect the deadened ball is helping Lynch more than the pitch mix change. He’s in Baltimore this week. The matchup at a Camden Yards with the deeper fences in left/left center make Lynch a somewhat attractive streamer. I’m not sold on him as a long-term add just yet.

Ryan Helsley $42 ($143, $5)
Helsley picked up a two-inning save yesterday, shutting down the Diamondbacks for his first save of the season. He’s averaging 99 on the gun and mixing in more cutters than usual and has been nearly unhittable. I’m guessing Giovanny Gallegos remains the closer, but even if Helsley doesn’t wrest the job from Gallegos this month he has moved up to next-in-line in the pecking order and the great strikeout rates make him a decent deep mixed league add, saves or no.

Bruce Zimmermann $37 ($120, $6)
I wrote some somewhat unkind words about Zimmermann last week (has fifth starter stuff, might need to shift to the bullpen long term) and he responded by posting an OK outing at Yankee Stadium on Thursday. Sometimes the blunt calls don’t came back to haunt you right away. Zimmermann fits the soft tossing control/command profile that can work if everything is going right, but I’m still wary, just because it feels like the league will catch up to him the second time around. He’s a two-start arm at home versus the Twins and Royals.

Ian Kennedy $31 ($75, $4)
Mark Melancon landed on the COVID-19 injured list on Friday, which makes Kennedy the temporary closer in Arizona. This feels like a lot of fake money for a fill-in closer, even if Melancon is out on the longer side for this type of IL stint. Kennedy is fine, but I don’t see Melancon losing his job no matter how good Kennedy is.

Kyle Bradish $28 ($97, $7)
Kudos to Mark Barry for adding Bradish to the Stash List a week and a half ago. That elevated my interest in Bradish, and I stashed him in a couple of AL-only leagues before his call up. In TGFBI, you cannot FAAB minor leaguers unless they were drafted before the season and then released, which means you couldn’t stash the undrafted Bradish. He entered the season lower on the Orioles’ prospect list than stalwarts Grayson Rodriguez and DL Hall but is more polished and thus got the call first. Bradish has a solid mid-90s fastball to go with a mid-80s slider. Both pitches were inconsistent in the minors last year, so it’s worth watching to see if he has solved for that or if he’ll jump back on the struggle bus against the most advanced of competition. Bradish gets a home start against the Twins this week.

Michael King $24 ($78, $1)
King has been an absolute beast when he has pitched for the Yankees. The problem is that he has only pitched three times since April 17 and since he isn’t getting saves there is a bit of a drip effect happening here. King will provide value in deeper formats, but he’s more of a “save your ratios” guy in deep mixed: someone you’ll use when the last starters in your lineup, on your bench and/or in the free agent pool are all combustible. King’s stuff certainly plays up in this role, but he’s more of a stopgap if you have injuries or can’t find a free agent worth using this week.

Taylor Walls $24 ($61, $1)
Walls was on the weak side of a third base platoon with Yandy Díaz, but an injury to Ji-Man Choi opened playing time up for both and Walls is now getting full time reps at the hot corner. He’s already got four steals. What’s most intriguing about him for fantasy is his potential to steal 20 bags if he can maintain regular playing time. His defense and versatility should keep him in the lineup, although it is always a juggling act in Tampa for nearly all their hitters.

Odúbel Herrera $22 ($55, $2)
Herrera has been swinging a hot bat since returning off the IL but is currently in a center field platoon with Matt Vierling. Platoon or no, Herrera should be good for 15 home runs and a few steals in a solid Phillies lineup. He’s a decent fourth or fifth outfielder to have in deeper mixed leagues and the job should be his unless he completely craters. It also shouldn’t shock anyone if Vierling lost the few PA he is getting.

Glenn Otto $21 ($56, $1)
Last year Otto shot up the prospect charts, got noticed by several scouts, and was traded from the Yankees to the Rangers as part of the Joey Gallo deal. He then struggled in the majors in a six-start cup of coffee. He’s back in 2022 and looks new and improved in two short starts this year. Otto has backed off his slider in favor of more curves and changeups and a diversified pitch mix in general. The weird thing is the scouting scuttlebutt was that more sliders was what would cure Otto’s blues but that’s not what’s happening so far. It’s a two-start week but one of the poorer ones you can imagine, with two road starts against the Phillies and Yankees.

The three highest bids this week came from the same fantasy manager, Howard Bender of Fantasy Alarm. All three players could turn into solid deep league contributors but spending 36 percent of your budget when a combined total of $27 would have done the trick is rough. Since this is a $1000 FAAB league with $0 minimum bids this doesn’t sting nearly as much as it might elsewhere.

Stripling drew the most heated competition, with three bidders losing out to Jeff Erickson of Rotowire. Stripling has been solid thus far, but this is a two-start volume play that mostly makes sense in AL-only (and our own Carlos Marcano is even less sanguine than that, recommending that we “run away” from Stripling this week, even in mono).

This was one of the more robust offensive bidding weeks in the AL. Besides Hill and Cordero, Nevin is an intriguing deep league bat while Garlick could keep amassing a fair number of plate appearances in the Twins outfield, assuming yesterday’s injury isn’t too serious. Darius Austin has highlighted how he mashes lefties.

The somewhat aggressive bid for Kennedy makes a little more sense in a mono league, but he’s still a temporary closer. Demeritte is the most intriguing name on this list. I am a little surprised he only went for $1. Eddie Rosario’s absence is not likely to be short-term, so Demeritte could work his way into regular playing time. He hit 21 home runs in a mere 300 plate appearances at Triple-A in 2021.

Wilson is the sort of reliever you stash in deep leagues just in case. Taylor Rogers is fine, but Wilson is really good, and you never know.