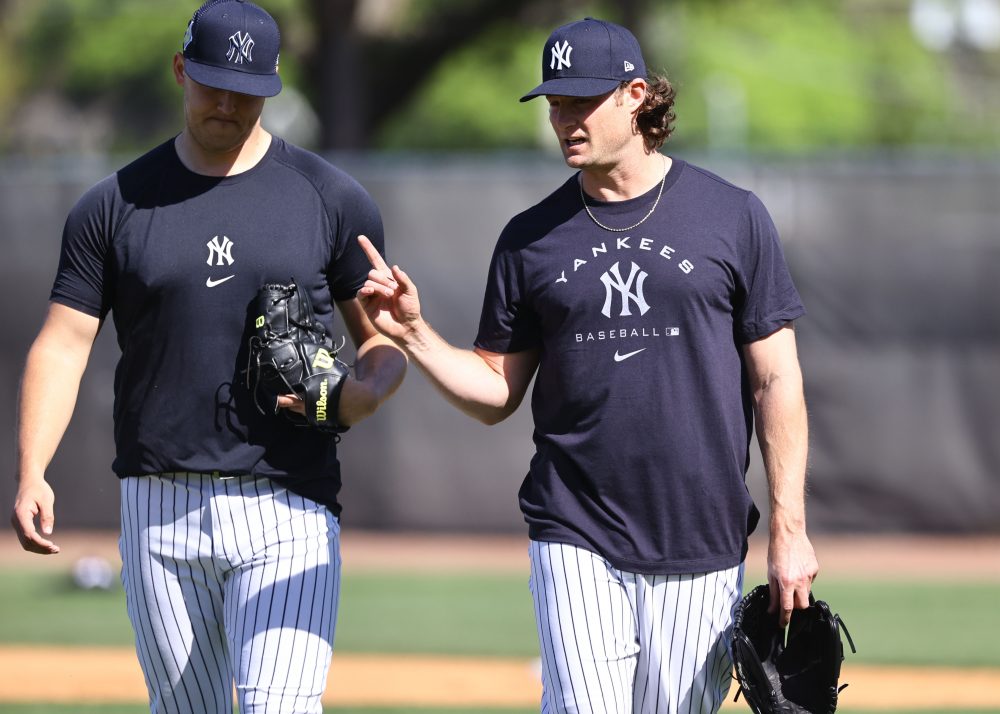 Welcome to my annual mono league expert recap. For those of you looking for a team-specific recap of my LABR NL team, I decided not to write that up this year. LABR’s salary cap draft occurred before the owner-imposed lockout ended, and there were some special rules in place that led to the top 12 major-league free agents being ineligible for the draft. As a result, my strategy in that league was extremely specific to the unique conditions at the time of the draft and it is not particularly useful from a process perspective.

Because of the lockout, the sequence of the mono league drafts was also somewhat different. Per usual, LABR held their salary cap drafts in early March and Tout Wars held theirs in mid-March, but CBS moved theirs from late February to late March. The results of this are that LABR’s outcomes are most likely to be the least “accurate” in terms of helping fantasy managers with their final mono league drafts this coming weekend.

The purpose of this piece is to examine general trends in retrospect with what happened in the analyst leagues.

AMERICAN LEAGUE
The first thing I always look at as an indicator of how my local league draft will go is how the money split between hitting and pitching is trending in the industry leagues. Individual team spending always varies, but most leagues usually allocate between 65-70 percent of their spending on offense and between 30 to 35 percent of their funny money on pitching. Up until 2021, Tout AL had been the more aggressive league when it came to offensive spending but not only did LABR AL catch up last year, but they also moved ever so slightly ahead. The trend continued in 2022.

*Tout Wars has one position where you can use a hitter or pitcher. In 2021, two teams drafted a pitcher in this slot. In 2022, this increased to four teams/pitchers.
**Shohei Ohtani is included among the batters in Table 1 but is rostered as a pitcher in LABR, which is why there are $13 of salary in the final 2022 row.

I thought pitching spending would go down due to the drop in ERA title qualifiers, the lack of quality pitching overall, and the early season use of six-pitcher starting rotations causing even further chaos. Instead, hitters weren’t prioritized. Much of this probably revolved around the rule in LABR that disqualified teams from speculating on major-league free agents like Freddie Freeman, Kyle Schwarber, Nick Castellanos, and Kris Bryant. This doesn’t explain the $52 dip – or over $4 per team – in Tout, which drafted after the lockout had concluded.

LABR is a traditional roto league that uses batting average while Tout Wars uses on-base percentage. This impacts costs for a handful of hitters. This year, however, the biggest price differentials were driven by the lockout.

You need to wait until the eighth player on Table 2 (Trout) to find a “traditional” AVG/OBP differentiation hitter. Even after accounting for the quirky rule that excluded Carlos Correa, Trevor Story, and Anthony Rizzo from the LABR draft, the top of the table is still dominated by players who weren’t eligible for LABR AL on March 4th who the Tout Wars drafters were able to pursue on March 19. Suárez and Winker were acquired by the Mariners on March 14th, while the Matt Chapman trade between the Athletics and Blue Jays opened a roster spot for Smith two days later, on March 16th. And Harrison was an unsigned free agent whose acquisition by the White Sox gave him solid mono league value.

Players like Conforto, Pham, and Soler were eligible in the LABR mono leagues, with the understanding that you would lose them if they signed with a National League team. In Tout Wars, the decision was made to allow them to be kept even if did sign with an NL team. This changed the landscape considerably for these sorts of hitters. All three were free agents on the 19th. I suspect their salaries would have been similar in both industry leagues if they had used the same set of rules.

Cole ($3 drop from 2021 in both leagues), Bieber ($13 LABR/$6 Tout) and Giolito ($8/$4) all saw their salaries fall, as no one quite saw them as the aces they were in 2021. Add the absence of Tyler Glasnow and Kenta Maeda due to injury and that more than explains the $44 drop in LABR and $19 drop in Tout from 2021’s prices. What’s a little more surprising is that no one pushed anyone else past $25. It took a few years, but the realization that the best pitchers are capped in earnings because of their relative lack of innings finally dawned on the expert market.

Some of the flattening in Tout was because of Shohei Ohtani (he is two unique entities in Tout and went for $19 as a pitcher) and Sonny Gray (in the NL when LABR drafted; he went for $18 in Tout). However, the second tier in Tout was seen as a more desirable place to shop than it was in LABR. Eduardo Rodriguez ($18 in Tout, $15 in LABR), Framber Valdez ($18, $13), and Nathan Eovaldi ($18, $14) are examples of this phenomenon.

For the most part, closer spending held steady.

While mixed league players continue to gripe about how bad closers are, there is evidence that the AL pool has flattened out and was maybe even slightly better than it was in 2021. Last year, people simply threw up their hands and didn’t spend more than $3 on any Tigers reliever in LABR or Tout. There was even aggressive spending on a non-closer, as Craig Kimbrel went for $11 in LABR and $12 in Tout while he was still a member of the Chicago White Sox. Both leagues’ rules allow him to be kept in-season.

LABR had a far more individual-oriented closer approach while Tout had more of a tiered perspective on relievers. Chapman and Romano going for the same cost as Hendriks and Clase signals that at least two teams budgeted something in the $20-24 range for their relief ace and were going to walk away with one of at least half a dozen relievers at this price.

NATIONAL LEAGUE
While spending on the top players in LABR NL took a small step back, it was still aggressive compared to prior seasons. And in Tout NL, the analysts pushed the envelope even further.

LABR and Tout NL both didn’t spend nearly as much on hitting as they have in the past, with LABR ending a five-year trend of increasing offensive spending. The unique rule in LABR that kept the top 12 players by NFBC out of the draft was likely the most pertinent factor. The lack of Freeman, Castellanos and Bryant didn’t translate to higher spending at the top of the player pool. I capitalized on this by swooping in not on the $30+ players but on $20ish buys like Paul Goldschmidt ($28), Tyler O’Neill ($25), and Willy Adames ($21).

Tout Wars NL had more players available due to the decision to allow players like Trevor Story, who were free agents when Tout held their salary cap draft, to not only be available to bid on but kept as NL players even if they signed in the AL. As a result, Tout had a much more Stars and Scrubs feel than LABR, with 24 one-dollar hitters compared to a mere 15 in LABR.

Because of the different rule sets in addition to the draft timing and when the lockout ended, Table 6 is mostly worthless.

The top four and six of the 10 batters on Table 6 were free agents when the LABR draft was held on March 6 and if they signed with an AL team would have been lost to the winds (although there was a 50 percent FAAB compensation for players lost to the AL). I’m kicking myself more than a little for not pushing Steve Gardner of USA Today to $10 on Suzuki.

There were also some OBP price boosts. Hoskins is the only player from 2021 repeated on this table. While he isn’t a fantasy superstar in either format, the bump for Hoskins in NL-only is deserved. India is a better player in OBP formats, but he isn’t a $31 player in my estimation. The bumps for him and Hayes had more to do with price inflation early that led to a heavy Stars and Scrubs approach.

The market on Jacob deGrom changed just a wee bit across two weeks.

I reluctantly grabbed deGrom for $24 in LABR. I wasn’t supremely confident in him at that price, but I figured 100 innings of vintage deGrom would be worth the investment. While he looked good at the beginning of spring training, I wouldn’t have moved his bid limit much even if I had been in Tout NL this year (full disclosure, I moved him up $1 in my first bid update). There were some other increases and decreases, but the $8 differential between the two leagues is almost entirely explained by deGrom. The prices on the top pitchers dropped slightly from 2021. Take out one of the $22 pitchers and the LABR arms fell by $9 compared to 2021 while Tout dropped by $8.

The NL closer landscape is far more chaotic than the AL.

I used to think LABR was far too conservative when it came to closers. Now I think they have the right idea. Estevez and Suarez don’t look like they are going to be their teams’ respective closers but for $3 there isn’t very much pain associated with being wrong. The relatively higher end investments on Doval, Sims, and particularly Bednar in Tout seem wasteful now. Some of this is tied to the unpredictability of the short spring, but some of it is simply the new normal.

Twenty-five dollars for Hader – or nearly 10 percent of a standard $260 salary cap draft budget – might be too rich for your blood just to spend on one closer, and the last time I spent this much on a closer I was playing 4×4 and had a much thicker head of hair. But I can understand why the analyst market either pushed hard on Hader or Díaz or simply went super cheap on the worst options. With each passing season, the odds increase that a $10-12 closer purchase leads to zero saves.