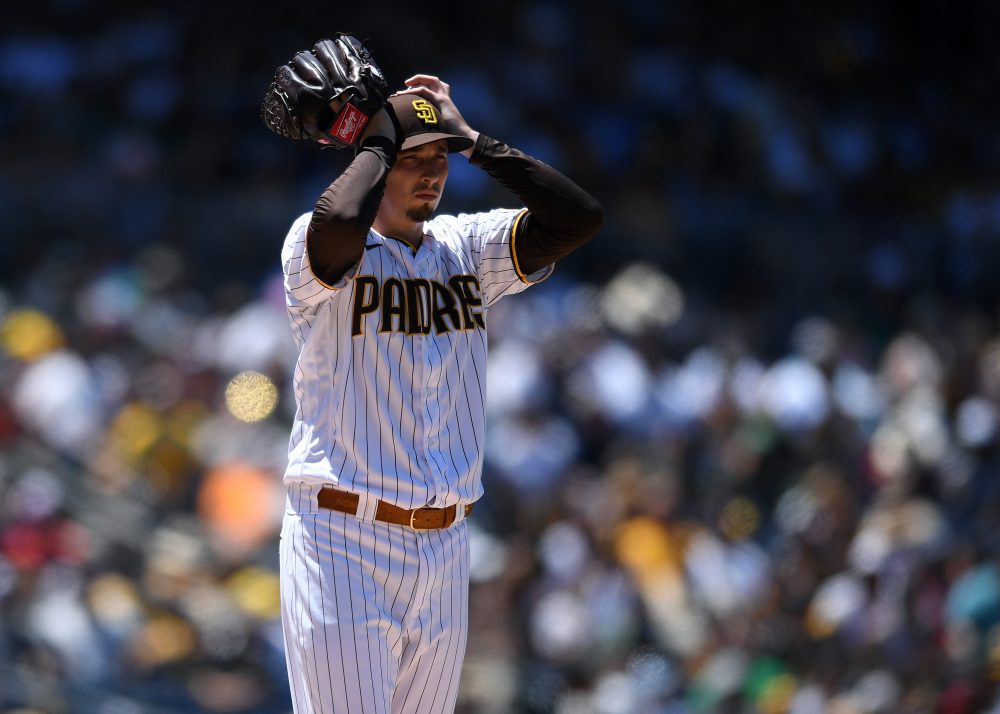 We’re rounding into the home stretch of the season with just as much to consider as ever. On one hand, we’ll be processing how weird it is to see a whole slew of players in new uniforms after an active trade deadline. Jon Lester, St. Louis Cardinal is a thing (it didn’t start well). Anthony Rizzo, New York Yankee happened as if tailored for memes. There are dozens of others.

Beyond that, it’s August, and we’re still processing the playing environment. Rob Arthur talked about how the high fastball has been neutered. Darius Austin talked about hitters to target based on who could stand to benefit from seeing more low-in-the-zone heaters. That got me thinking: Which pitchers are hurting as many fantasy leagues approach their own trade deadlines?

June 23 marked the official crackdown on sticky stuff. As Rob noted in the aforementioned piece, a drop in both spin rate and the rate of high fastballs was happening before June 23. At that point, though, the declines became almost dizzying. By looking at whiff percentage on four-seamers before and since that fateful day in June, we might be able to get a sense of why certain pitchers have been struggling or who we can trust more down the stretch. Calculated by dividing the number of swings-and-misses a pitcher gets by the number of swings against their four-seamer, whiff percentage also gives us the best idea of the rate at which hitters are still being fooled or not.

For the purpose of this exercise, we’re looking at a population of guys who threw at least 100 four-seamers before the crackdown and at least another 100 after it. We’re left with a sample of 174 pitchers. We’ll only be discussing a handful of starters below, but you can see the entire list here.

Before we get into it, it’s necessary to acknowledge that none of the stuff said below places a value judgment on any player for any perceivable use of sticky stuff. When it comes down to it, MLB may be getting what they wanted out of the ordeal, but the process was hamfisted and bad. That shouldn’t be forgotten.

Below are the three starting pitchers who have suffered the biggest drop in four-seamer whiff rate since the end of June through August 2. One thing we see immediately for all of them is that their league-average fastballs have suddenly tumbled to well below that mark.

An abysmal year for Snell gets some additional poor lighting here, making more monsters in the shadows. He has lost nearly a third of his early strikeout percentage over the last month-plus, seeing it tumble to 18.1 percent. That’s a few ticks below average, which is enough to make you wince by itself, but he’s walking an equal amount of batters, too. He’s also still averaging less than five innings per start. You’ve been sitting through this all year, or letting out sighs of relief from afar, so you know the deal by now.

But he was supposed to be unleashed this year! He was supposed to get a chance to be more of the Cy Young winner from 2018! Instead, the best thing that he has going for him in this context is that, somehow, he’s the only one here whose wOBA on his four-seamer has actually gone down since the crackdown. Nonetheless, he still throws it a bunch (nearly 50 percent of the time), and it feels impossible to say that it hasn’t negatively impacted his overall game. It appears that we’re beyond the point of no-return for the forlorn lefty. If you were thinking of a bounce back or a buy low, think of maybe literally any other pitcher.

John Means started the year as one of the best fantasy stories. You either drafted him for next-to-nothing or didn’t spend much more than that when acquiring him on the waiver wire. Then, he got hurt and came back as the crackdown was imminent. Like Snell, his fastball accounts for nearly half of his pitches. Unlike Snell, he has significantly dropped its usage since returning from the injured list, taking it from 51.5 percent to just 38.6. That’s probably a response to the wOBA against the pitch increasing by 192 points since the crackdown. His changeup is his primary off-speed pitch, as he throws it at least 30 percent of the time. Any pitcher’s changeup is based on their fastball, so changing one in this case is potentially influencing the overwhelming majority of what Means throws.

That helps explain how his strikeout rate has been cut in half. The good news is that he’s still hardly walking anyone (2.7 percent walk rate), but he’s still playing in the AL East against lineups and in ballparks that are some of the least favorable in baseball. It’s hard to even squint and see an opportunity to make a positive out of him on your roster right now.

JT Brubaker was another early-season dude who cost nothing and paid off enough to make even Steve Cohen lick his surplus-value-laden lips. It’s been a rough go of late, though, as he’s thrown the most innings of this group and has the highest rate of homers allowed on fly balls. However, he also has the second-smallest difference in his K-BB rate between the two periods that we’re examining, as it’s down just 3.1 percent, and he’s the only one who is still above the league average by that measure.

Suggesting a pitch-mix change for a pitcher almost always feels presumptuous, but his sinker-slider combo could allow him to work east-west in the lower portion of the zone, which is something that even Matt Vasgersian and Mark Gubicza discussed as something that “there’s more room for” in the Angels’ Monday telecast when discussing Chris Rodríguez’s excellent performance. Brubaker might offer a ray of hope as a back-end addition for your team at this time of year.

All three of these guys throw between 93 and 94.3 mph. Being in the same velocity band might suggest that velocity could suddenly be even more relevant in run prevention for starters than we might have previously thought. They’ve also only thrown between 25 and 40 percent of the innings since the crackdown as they did before it. The last year has emphasized to us that breaking a partial season into smaller pieces can be a precarious choice, but the reason for this particular analysis is so specific that it’s hard to exclude.

It cuts both ways, too, giving us guys whose performances we could potentially buy into after seeing next-to-no change in their four-seam whiff rates despite the goop ban, like Lance Lynn or Carlos Rodón. Even if the cost is high, such pitchers could be worth it. If you’re unsure where your assets or targets might stand, remember to check the entire list.