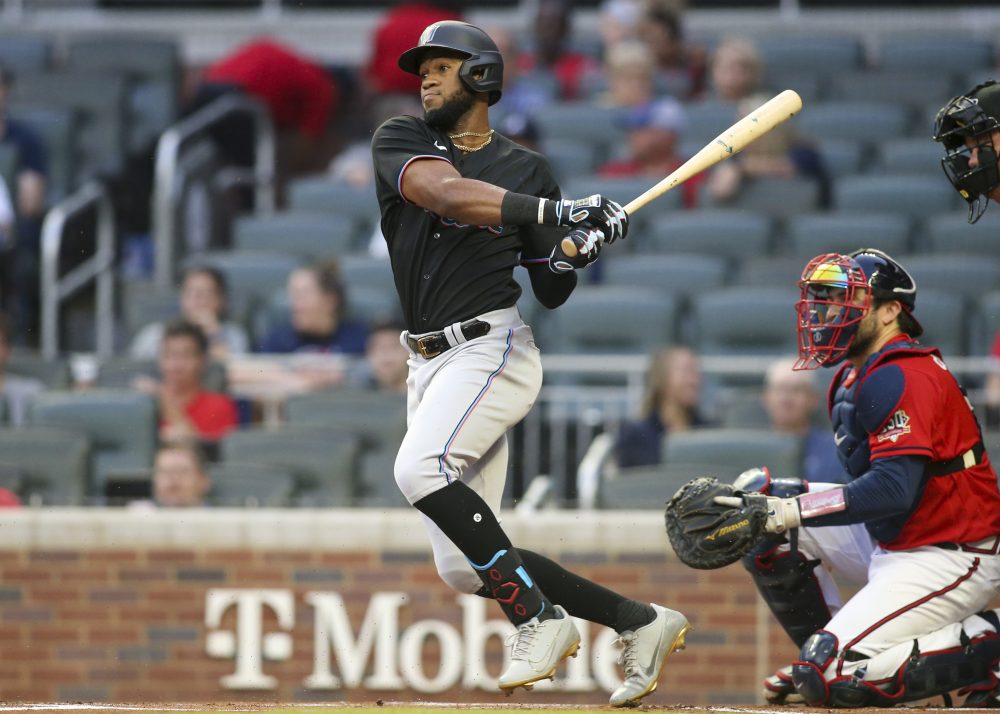 Joe Ryan $14 (Max Bid $44, Min Bid $1)
Ryan repeats as the “headliner” in the FAAB Review, garnering the highest average bid for the second week in a row. The magic continued last week, with seven shutout innings against Cleveland. Ryan is slated to get Cleveland in a rematch in the first game of today’s doubleheader. He is a must start in 15-team mixed and deeper and is worth considering in standard mixed.

Joe Barlow $14 ($43, $1)
If, on August 1, you opted for Barlow’s skills and bet that he would be the Texas closer the rest of the way over flavor-of-the-week Spencer Patton, give yourself a pat on the back and a cookie. Barlow has been about as reliable as a second-division closer can be, saving six games with a 1.93 ERA and mostly keeping the ball in the yard. The strikeouts aren’t there, but unless you’re in the position where you absolutely must get strikeouts from all nine of your active pitching slots, Barlow is a perfectly fine use of a roster spot.

Seth Beer $13 ($37, $1)
The Diamondbacks brought Beer up to the big-league club to DH in their weekend series against the Mariners, but it’s likely that he entirely or mostly displaces Pavin Smith at first base even when Arizona goes back to playing in NL parks. Beer’s power numbers at Triple-A Reno aren’t impressive, but he has good plate skills and could be a valuable fantasy contributor even if a seasonal pace of 30-plus home runs isn’t in the cards. He could sit against southpaws, which is worth keeping in mind if you need volume above all else.

Bryan De La Cruz $13 ($47, $1)
Buried in a deep and talented Astros system, De La Cruz got the opportunity that he needed with a trade to the Marlins at the deadline for Yimi García. He has run with it, too, hitting an impressive .349/.397/.496 with four home runs in 141 PA. The .456 BABIP and 26 percent strikeout rate tell me that you shouldn’t count on a .349 AVG, but the four home runs for Miami combined with the 12 that he hit in the minors tell me that enough power has emerged to make him a viable outfield starter for years to come who could pop 15-20 dingers with a solid AVG. De La Cruz has looked impressive every time that I’ve watched him play, and while athleticism isn’t a fantasy category, it helps when you’re vying for regular plate appearances.

Andrew Chafin $12 ($57, $1)
Chafin is a throwback, not so much based on the types of pitches he throws but in that he looks like he was plucked out of central casting to play a reliever in a movie about the 1973 Athletics (We Refuse to Spend Money-ball). Acquired from the Cubs at the deadline, Chafin doesn’t throw hard (at least not by 2021 standards) and, in fact, is having the best season of his career, even though he’s throwing the ball at a lower velocity than ever. Take that, velocity nerds! Chafin has thrived because he has been masterful at generating soft contact. This sounds great, although it also makes me nervous because it’s difficult to figure out how much of this is skill versus luck, but the important thing to know in fantasy (and the reason Chafin is being profiled in this space this week) is that Chafin is at the front of the line for saves in Oakland. Lou Trivino and Sergio Romo have both struggled. With only three weeks of the season left, it’s likely that Chafin stays where he is.

Lane Thomas $10 ($26, $2)
I wrote about Thomas in last week’s FAAB Review. Since then, Thomas has been 6-for-23 with five runs, three RBI, and a stolen base. He remains the everyday center fielder for a Nationals team that is out of it in 2021 but whose offense remains solid even after the trade deadline (12th overall in OPS since August 1). The opportunity for solid offensive production, particularly runs, is there for Thomas.

Yonny Hernández $7 ($28, $1)
Minor-league stolen bases are one of those stats that are fun to admire but often tend to be misleading, particularly in the low minors. Hernández is an example of a player who I thought would struggle to run in the majors. Even though he stole 21 bases in 251 plate appearances, he was also caught 10 times, and if Triple-A catchers were limiting him to a 68 percent success rate, it stood to reason that he would be less successful against the best backstops in the business. My assumption might be correct on a macro level, but in Hernández’s case he has been ridiculously great on the bases, stealing eight bags in nine attempts in only 106 PA. He’s offering little else for fantasy outside of runs. In deep formats, though, those steals make him quite playable, particularly if you have a comfortable lead in HR/RBI and can afford to take the hit in those categories while rolling Hernández out there.

Rowan Wick $7 ($19, $1)
I wrote about Wick last week, touting him as the likely closer for the Cubs. It’s still likely that this is the case, but there are a couple of flies in the ointment that could derail your dreams of a fantasy title if you’re relying on Wick for saves. First, the Cubs aren’t generating many save opportunities. Second, they’ve been using Wick in a multi-inning role, which doesn’t necessarily eliminate him as a saves candidate but does make it more likely that he’ll be unavailable for saves in back-to-back outings. As I pointed out last week, the Cubs face mostly winning/contending squads down the stretch, so Wick might not be the best option for you if saves are an absolute must-have.

Paolo Espino $4 ($14, $1)
Espino was a forgotten journeyman entering this season, a 34-year-old minor-league lifer with all of 30 innings under his belt and a career 3.97 minor-league ERA. The combination of the Nationals struggles before the trade deadline and sell off afterwards pushed Espino into a regular rotation role, where he’s barely survived. He has a two-start matchup this week that started with a solid outing last night against the Marlins and will wrap up over the weekend against the Rockies. If there was a week to use Espino, this was it, but don’t get cute and carry him beyond these two starts in mixed leagues.

DJ Peters $3 ($11, $1)
I figured 10 home runs in 146 plate appearances had to be a misprint or a sign that I need to get reading glasses, but as it turns out, this is DJ Peters’ actual home-run total with the Rangers. The downside: Peters has completely sold out for power, with his walk rate for Texas plummeting to two percent while his AVG is a woeful .210. The power plays, though, so if Peters’s opponents keep giving him juicy offerings to mash, he’ll keep popping those pills over the fence. If you need power and don’t care about your batting average, Peters is a must-add in deep mixed.

There aren’t many starting pitchers available in mono leagues, so when there are opportunities to bid, needy teams get aggressive. Alexy, Gil, Naughton, Pineda, and Suarez drew five of the six highest bids. Outside of Suarez, these are all decent pitchers and/or solid matchups, and a strong three-week stretch from any of these arms could make the difference.

Closers are even harder to come by in mono leagues, so teams looking for pitching help who don’t want their ratios killed opted for middle-relief help instead. I doubt any of these relievers will pick up more than a stray save in the last week or two, but the strategy of grabbing rate stats and protecting yourself from bad starts in AL-only is a decent gambit.

It was interesting to see some actual competitive bidding in LABR, even if the winning bids were all very low. I lost out on Estrada due to the tiebreak and settled for Schrock. I doubt either player will make more than a marginal difference as I continue to play for anywhere between third and sixth, barring a miraculous Jacob deGrom return that might propel me to … eh, still third or fourth.