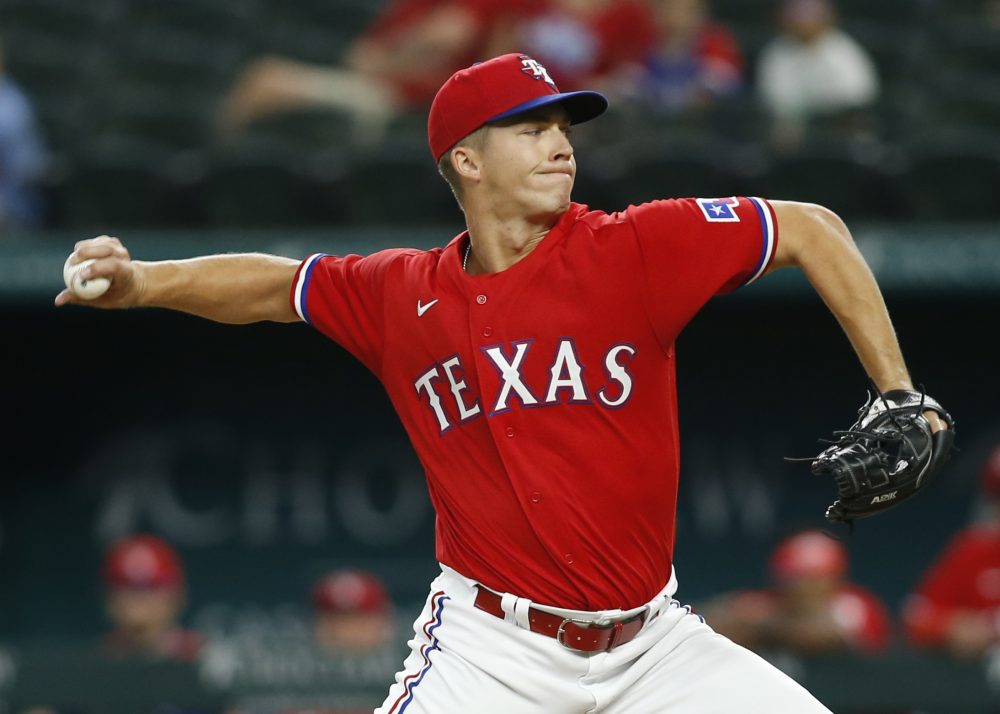 Edward Cabrera $53 (Maximum Bid $277, Minimum Bid $2)
As a long-term pick in redraft or dynasty leagues, I’m mostly in on Cabrera. The 23-year-old Marlins prospect was once seen as a future reliever, but he now looks more like a future SP3 or SP4, thanks to the continued development of a slider and change to go along with a mid-90s heater. But for solely redraft leagues, I’m wary of adding Cabrera outside of NL-only. He looked great in the first inning of his big-league debut against the Nationals but wore out somewhat quickly, losing location and movement even though he maintained velocity. I like Cabrera as a two-start option this week at the beleaguered Mets and against the Phillies, but my bid would be much lower than the $53 average bid listed above.

Corey Kluber $30 ($130, $1)
I saw Kluber in his final rehab start in Somerset, New Jersey, last Tuesday. He didn’t look sharp, although he improved as the game went on. My larger concern is that he didn’t make it through the fourth inning, and even if he was using the outing merely to get his reps in, he might be limited to a meager pitch count while he works his way back into game shape this week in a two-step at the Angels (last night) and against the Orioles. Kluber has a 3.04 ERA for the Yankees, but his 4.47 DRA speaks much more to what he has been in 2021: a serviceable arm who isn’t anything close to the ace that he was in his prime. I take no joy in this, either. I loved Klubot at his best in Cleveland.

Keibert Ruiz $29 ($91, $2)
Ruiz is a maybe in one-catcher leagues and a no-brainer add in two-catcher formats. Stop me if you heard that one before. He was mashing in Triple-A to the tune of a .310/.377/.616 slash line with 21 home runs in 316 plate appearances. The pop is legit, and Ruiz has a strong case to be ranked in the Top 10 among backstops in my early 2022 rankings, even if the batting average is “only” .260 or so. I do suspect that the Nationals will ease him into action down the stretch, so three or four starts a week might be a more realistic expectation than five or six starts.

Adam Ottavino $29 ($150, $1)
In retrospect, Matt Barnes lost his grip on the closer’s job in Boston weeks ago, but due to the lack of save opportunities, it wasn’t evident until Ottavino nabbed back-to-back saves this weekend. With Boston trying to hold off the Athletics in the race for the second Wild Card slot, it made sense for the Sox to go with the hotter hand in the ninth. Ottavino hasn’t been stellar, but he has kept the ball in the park and should hang onto the job the rest of the way, barring an implosion.

Connor Joe $25 ($51, $7)
I’ll admit that I didn’t envision Joe sticking in the majors, let alone emerging as the starting left fielder for the Colorado Rockies. But here he is, and here we are. Joe has benefited from home cooking at Coors Field (he has a 1.072 OPS at home compared to a .676 OPS on the road) and the fact that the book’s not out on him yet. (Don’t throw him fastballs. He struggles against the off-speed junk.) Joe will slump somewhat when pitchers figure out the latter, but he’ll still be at Coors and will still be a solid matchup play when the Rockies are home. My crystal ball is hazy with regards to how the playing time will shake out with Raimel Tapia coming off the IL yesterday.

Jake Meyers $17 ($100, $1)
I wrote about Meyers last week in this space, praising his performance to date but wondering how he’d find playing time once Kyle Tucker returned. Tucker is back, but the Astros roster squeeze was solved when Chas McCormick was placed on the IL with hand discomfort. The K/BB ratio is awful, and it is possible that pitchers will start throwing more pitches out of the zone to get Meyers to chase, but this is a case where you ride the hot hand until Meyers proves he can’t do it anymore.

Bailey Ober $12 ($31, $2)
Ober has quietly emerged as a solid fantasy option in nearly every format, posting a 2.11 ERA in August with 21 strikeouts in 21 1/3 innings. None of his four pitches are outstanding, but Ober uses his 6-foot-9 frame to his advantage. He works his fastball in at the top of the zone where it’s difficult to hit or, at the very least, make good contact against. I’m not suggesting that Ober will continue to post a 2.11 ERA down the stretch, but he’s also not going to regress to the 5.23 ERA that he had in June either. He has an attractive two-start week coming up at Detroit (yesterday) and Tampa Bay.

Kyle Freeland $11 ($32, $1)
I have Freeland stashed in two NL-only leagues and have barely used him this year, even though he has been very good since the All-Star Game (3.00 ERA, 1.04 WHIP, and 48 strikeouts in 48 innings). The longball will always be a concern, particularly when Freeland is at Coors, but he’s veering into must-start territory on the road until he proves otherwise. Freeland’s matchup at Texas this week is a tasty one, and he’s somewhat underrated right now by most mechanical forecasting tools.

Glenn Otto $9 ($21, $1)
Acquired from the Yankees as part of the Joey Gallo deal, Otto is a great example of why preseason prospect rankings are virtually worthless when it comes to in-season trade evaluations. Otto was a fastball-mostly arm entering 2021 but has since developed a very good slider and was dominating the minors before the Rangers brought him up to the majors. The results were stellar in Otto’s debut on Friday against the Astros, and he has a sweet matchup coming up against the Rockies at home this week. Although I suspect that Otto could get exposed after his first trip through the league, he could have a nice run down the stretch, particularly in his home starts, before hitters catch up in 2022.

Carlos Estévez $9 ($27, $1)
It took almost the entire season, but Daniel Bard finally lost his job as the Rockies closer, with the team indicating that Estévez is the closer going forward. Bard’s 3.93 DRA informs us that he deserved better, and you don’t need a fancy metric to tell you that a fly-ball pitcher will have his challenges at Coors, but it’s not like Bard was lighting up the world either. Estévez looks like he’ll be capable, if not spectacular, and his saves are just as worthy of pursuing in deeper formats as Bard’s were, Coors or not.

There was a high volume of moves but very few bidding wars, with only Kluber and Otto generating multiple double-digit bids. Both these pitchers were already profiled in the TGFBI section of this article.

As the season draws closer to the end, more mono-league teams are pushing for quality relievers over middling starting pitchers. Graveman and Tepera are examples of pitchers who are extremely valuable in an only-format, even though they’re not attached to saves. Alcalá, García, and Holmes were also acquired this week.

It’s also evident how difficult it is to add any kind of offense in a mono league. Teams certainly had needs and holes on offense, but when Mayfield and Gutiérrez are your most expensive additions, it tells you something. And that something is neither happy nor fun.

It wasn’t quite as dead in LABR NL this week as it was last week, but with only five players added via FAAB, it was much deader than it was in the AL. You can’t add IL’d players via FAAB in LABR, so Rosario and Galvis both were scooped up this week. Even Chavis got some play, and he could provide some sneaky pop for the Pirates.