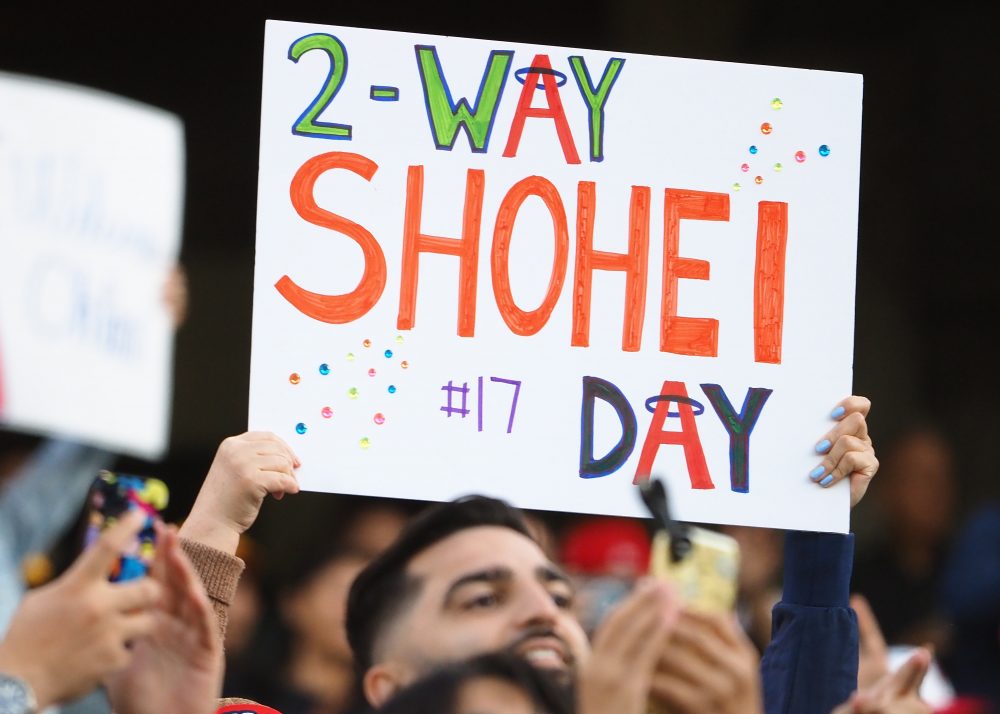 If anyone understands the appeal of a two-way player in Major League Baseball, it’s Craig Counsell.

The longtime Major Leaguer experienced the last true two-way threat: his 2004 Brewers teammate, Brooks Kieschnick. Now the skipper of the NL Central-leading Brewers, he is no less captivated by the rise of Shohei Ohtani than anyone else. Just the same, he doesn’t think Ohtani’s remarkable star turn will change the way the sport handles precocious young players with the gift of both bat and arm.

“I don’t think it’s very easy to do,” Counsell told reporters on a pregame Zoom Tuesday. “I don’t think the industry has ever frowned upon it. I just think it’s so hard to do that I don’t think, just because we’re seeing somebody do it, you’re going to see a lot more players doing it.”

At the risk of disagreeing with Counsell, I think that dramatically undersells the extent to which baseball is both set in its ways absent a compelling reason to reconsider, and when a massive success comes along, how quickly it can change. Even if Ohtani is a one-off, though, fantasy baseball needs to reckon with his career, too.

The reason, in both fantasy and real baseball, is a simple one: Two-way stars are fun. Back in February, those of you who read me regularly know I posited that Ohtani was set up for success in 2021, specifically two-way success, in a dramatically different set of circumstances than his prior campaigns with the Angels. Joe Maddon looks at the game of baseball differently than Brad Ausmus or Mike Scioscia, Ohtani’s previous managers. From February:

Part of this is by necessity. To succeed, Ohtani can’t simply be utilized in a way that replicates another recent success story. You’re really talking about Martin Dihigo or Ted “Double Duty” Radcliffe when you’re looking for comps. And it’s obviously been quite a while since either of them played.

That is not by accident, either. Much of baseball’s history exists as a simultaneous celebration of the iconoclasts, and of career-long efforts by the rest of the players to smooth the rough edges of those same iconoclasts. We’re living with the results of that long-term smoothing out, and Maddon, who has often pushed at the boundaries of convention throughout his career, sounds ready to change the status quo with Ohtani.

From a fantasy baseball perspective, though, no one has gotten the chance to utilize Ohtani like Joe Maddon. Depending on your league, Ohtani is either two separate players like on Yahoo or, as is true on ESPN, he can be depended on for hitting or pitching on any given night, but not both.

I was sure by March that Ohtani was going to come to define this season, and I have him in both a Yahoo and an ESPN league—the former as hitter-only, the latter in the split role ESPN allows.

What I haven’t gotten to experience is to feel like Joe Maddon must have felt on Monday. Maddon got six innings of Ohtani on the mound, when he was deployed as DH, and he then moved him to right field. A true Double Duty night.

“He just plays the game of baseball,” Maddon said after Monday’s game. “He watches what’s going on in front of him, he’s able to make myriad adjustments during the course of a game. And he does! And he does it in a way that’s very unique.”

If you’ve watched Joe Maddon’s postgames after Shohei Ohtani starts, it’s obvious that the man is having more fun than anyone in baseball. Fantasy managers deserve to have a similar kind of fun.

Now, I recognize that some folks in the fantasy baseball space are here for cold, cash-related reasons. But for the overwhelming majority—and I am certain that’s what we’re talking about here—fantasy baseball exists for the fun of it. So our fantasy game, even if it is for Ohtani alone, must change. Players who are capable of providing value as both a pitcher and a hitter should be valued accordingly.

It will be fascinating to see, should fantasy baseball sites change their rules, how Ohtani sits on draft boards next spring if his season ends the way it began. This is a season like no other, but that is true even within Ohtani’s career. He’ll be 27, but will a one-year period of dominance, both as a hitter and a pitcher, make him the clear top overall pick ahead of, say, his teammate Mike Trout? Or Fernando Tatís, Jr.? Or Vlad Jr.? This should be something that every league is forced to grapple with next spring. If it wouldn’t ruin the integrity of the competitions, I’d be for leagues changing now, but truly, who would do something to dramatically change the rules right in the middle of a season?

Fantasy leagues should get in front of this now, because contrary to popular belief, I think that we’re about to see an explosion of players who attempt to follow in Ohtani’s footsteps, particularly if he continues his run over a several-year span. The facile comparison to Ohtani is Babe Ruth, but it is worth remembering that while no one was quite like Ruth, many others copied his home-run strategy throughout the game. That has always been the way in baseball. My esteemed colleague Keanan Lamb spoke to Baseball Ops types who believe that this is a one-off. Roughly 20 years ago, though, player development folks were pretty unified in denigrating the approach of the Oakland Athletics, and they were skeptical that anyone else would apply analytics to the game. But as you may have noticed, winning baseball games in Oakland, Boston, and other outposts quickly changed that gloomy outlook on analytics.

I’d bet that if you talked to player development folks in 1920 — okay, okay, we’re pre-farm system, but let’s say baseball folks — they’d probably have told you that Ruth was a one-off, too.

Players are also watching. In the future guys like Hunter Greene, who didn’t have a logical pathway to the majors as a two-way star because the comp was Brooks Kieschnick, could make their preferences known to teams prior to the draft. However, it’s worth remembering that teams want their prospects to advance through the minors as quickly as possible, and what Ohtani’s doing is extremely difficult. Teams will also need the most talented young players for two-way efforts to work. And, generally, the most valuable prospects are the ones with whom teams are least likely to experiment.

But as Lamb also points out, virtually every future major-league player is a two-way player in high school. A number of them will now want to be the next Shohei Ohtani because they’ve grown up seeing the first one. When they arrive—and they will—fantasy baseball should have a precedent for how to handle them. A bunch of players divided into two simply isn’t enjoyable.

As for Craig Counsell, he’s not opposed to the idea of managing a future two-way player, even if it isn’t someone succeeding at the level of Ohtani.

“Having great players is always fun,” Counsell said. (There’s that word again.) “And managers in general, like general managers, enjoy flexibility. It’s more decision opportunities, and I think it gives you more choices on how to go through games … flexibility is always a beautiful thing.”

Shohei Ohtani has done a beautiful thing for baseball. Now, it’s time for fantasy baseball to catch up.

You need to be logged in to comment. Login or Subscribe
Nelson Sun
Fantrax allows our league to count pitching stats for batters and vice versa. The manager with Ohtani is currently in second.
Reply to Nelson
Jon Crate
It wouldn't surprise me if you could do that on CBS. That's where my old league had it's setup, and they have so many custom options it's ridiculous.
Reply to Jon
Jason Sokol
Very true. Fantasy baseball should also catch up on 2 more things: Stolen bases and saves. There is no reason SB and SV should count as much as other categories. We all know they are both close to meaningless.
Reply to Jason
Tony Mollica
Scoresheet Baseball allows Ohtani to do both in the same game. In my opinion Scoresheet is a much better and more realistic experience than playing roto.
Reply to Tony