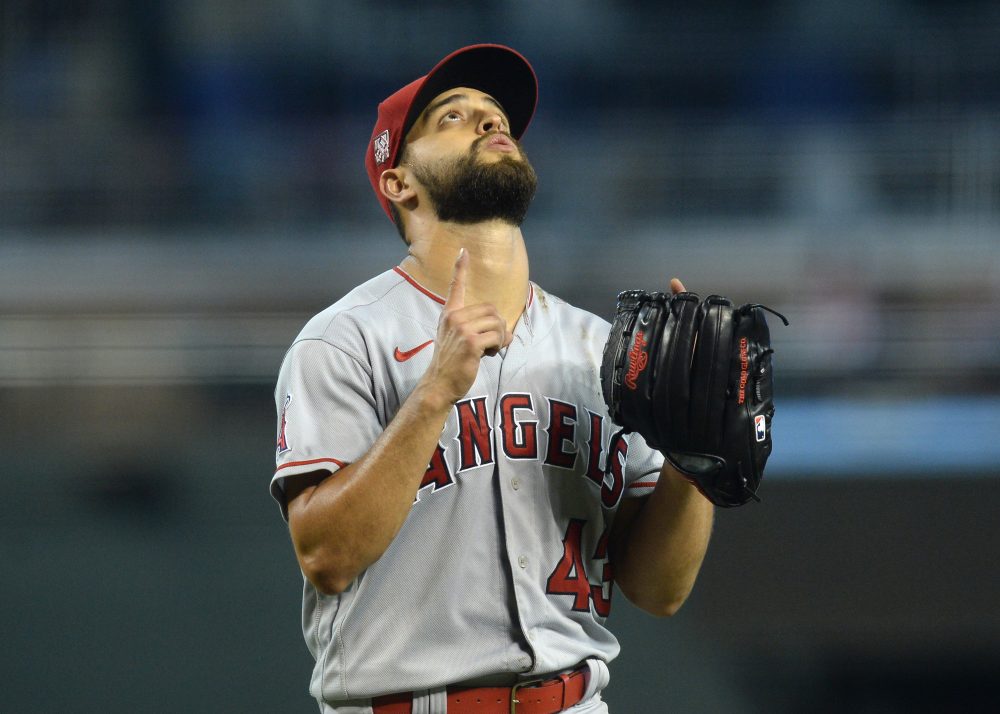 Miguel Andújar $54 ($95, $2)
We’re starting to see significant overlap in the FAAB Review from week to week. This is mostly due to a weaker fantasy free-agent class than usual, which is linked to how minor leaguers have been impacted by the combination of no 2020 season and how this has slowed more than a few players’ developmental curves.

Andújar continued his torrid ways last week, going 7-for-18 with two home runs. The stat that jumped out at me was the strikeout-to-walk ratio. Andújar walked twice, which sounds like a yawner until you realize that those were his first two walks of the 2021 campaign. He will need some semblance of plate discipline to stick in the Yankee lineup, although Clint Frazier completely laying an egg helps Andújar’s cause, as well. The power potential remains, and his hold on the left-field job is stronger than it was a week ago.

Sam Long $41 ($224, $1)
An 18th-round draft pick by the Rays in 2016, Long washed out of their organization just two years later. He briefly considered training to be a firefighter before giving baseball one last shot, starting at a training facility in Sacramento where Long gained muscle and, as a result, velocity. He pitched for the White Sox in 2019, opted out of baseball in 2020 due to the pandemic, and signed with the Giants last winter. Long dominated the minors at two levels before the Giants brought him up to make his major-league debut as a follower last week. Long’s great story continued with four solid innings against the Rangers in a no-decision. I love the story (who wouldn’t?) but wonder if Long’s success will be sustainable. He leaned heavily on his curve, but Eno Sarris at The Athletic noted that it lacked “side-to-side wiggle,” which could be a problem. Long gets a two-step this week at home against the Diamondbacks and Phillies. He’s a borderline play in deep mixed.

Jake Fraley $41 ($101, $1)
For many, the long-term expectation for Fraley was for him to be a fourth outfielder or minor-league contingency, mostly thanks to lukewarm scouting reports that identified him as a tweener/platoon bat. He diligently followed that script for the first week of the season, going 1-for-10 (albeit with eight walks) before getting demoted to Tacoma. Fraley got hurt in the minors, but when he came back, he started raking. The hot hitting continued when the Mariners brought him back to the big-league club. He made a swing change, creating more length in the front of his swing, but most of his boom has been because of high-end pitch selectivity. He has four home runs and three steals in 50 plate appearances, and while this can’t possibly maintain, a 20/20 season isn’t out of the question, even when Fraley does cool off. I bid a $1 as a show-me bid in my TGFBI and was surprised to get him.

Tucker Davidson $33 ($54, $8)
I wrote about Davidson last week. He went out and dominated the Phillies over six innings in Philadelphia, adding to his brief yet impressive major-league resume. Davidson continues to thrive with a slider-heavy approach, generating a 21 percent swinging-strike rate. Davidson is the sort of pitcher where you should ride the hot streak, and a two-start week at home against the Red Sox and Cardinals makes him OK to use in 15-team mixed leagues this week. If he’s still available in your league, next week is likely your last opportunity to grab him.

Bobby Bradley $31 ($58, $1)
Mark Barry and Nathan Grimm both wrote about Bradley last week, and I don’t have much more to add. The power is impressive and he’s off to a great major-league start, but pitchers eventually will stop feeding him fastballs. Bradley will likely struggle when that happens. I hope I’m wrong, because it’s fun to watch this big dude hit bombs, and Cleveland hopes that I’m wrong because their offense could use a weapon in the middle of their lineup. If he does stick, I expect power with a low batting average, and as Nathan pointed out in his column, there’s a window here to ride the hot streak until the pitchers adjust.

Patrick Sandoval $17 ($57, $1)
Sandoval’s overall numbers look meh, but most of this is because of 7 1/3 bad innings out of the Angels bullpen. As a starter, Sandoval has a 2.77 ERA with 23 strikeouts in 26 innings. He’s a four-pitch guy who doesn’t have one particularly outstanding offering, but he throws them all for strikes and generates lots of worm burners, particularly with the change-up. He gets a tasty home start against the Tigers this coming weekend.

Yonathan Daza $17 ($31, $1)
Daza is playing almost every day but has done practically nothing in the counting categories, with one home run and two steals in 173 plate appearances. His game is batting average, and when the Rockies are home, Daza is almost a must-play in 15-team leagues (or deeper) and five-outfielder formats thanks to his .368 AVG at Coors. One challenge with a player like Daza in a format with weekly FAAB is that he’s virtually worthless on the road. If you suffer a mid-week injury and the Rockies aren’t at Coors, he’s barely better than taking the zeros.

José Cisnero $17 ($36, $1)
Cisnero was identified by many as a potential sleeper for saves in Detroit this spring, but a mediocre April (despite solid peripherals) pushed him down in the pecking order, first behind Gregory Soto and then Michael Fulmer. Cisnero finally emerged as the presumptive Tigers closer only recently when Fulmer went down and has picked up a pair of saves in the last two weeks. Fulmer came back last night, and it’s unclear if Cisnero will hang onto the job long term of if Fulmer will get the gig back after a week or two of working his way back into the role.

Daniel Vogelbach $14 ($31, $3)
Travis Shaw’s dislocated elbow opened the door for Vogelbach at first, at least against righties, and Vogelbach has been tearing the cover off the ball. He has a .281/.410/.656 slash line in June with three home runs in 39 plate appearances. A repeat of Vogey’s 2019—lots of power, decent on base skills, and a bad batting average—is possible if he can get the run at first. And given how moribund the Brewers offense has been and how badly Keston Hiura has washed out, that scenario isn’t so farfetched. Vogelbach was one of the better matchup/platoon plays available this week, with a seven-game slate against mostly righties that includes four games at Coors.

Vladimir Gutiérrez $12 ($37, $1)
The raw numbers for Gutiérrez have been great, but an 18 percent strikeout rate suggests that he has been far from dominant. The fastball is back in the 90-93 mph range after sitting in the mid-90s in spring training 2020 prior to a PED suspension. Gutiérrez’s delivery and approach indicate that he’s homer-prone, and his slider is the only pitch that’s generating above-average swing-and-miss numbers in his first three major-league starts. It’s difficult to pass on him as a two-start option on the road against the Brewers last night and Padres, but I see lots of warning flags. I’m more than a little wary, despite what the numbers are saying.

I bid $74 on Cisnero and was second overall but didn’t come close to Howard Bender of Fantasy Alarm’s $206 bid. I like Cisnero but suspected that Michael Fulmer would be back soon. Cisnero could still close, but Fulmer’s return puts a damper on his value.

Goodwin and Paredes were my FAAB plays this week. I would have guessed that Goodwin was 35 years old, but he’s only 30 and, at the very least, has short-term opportunity in a White Sox outfield that has been ravaged by injuries. Paredes is partially an insurance policy for Jeimer Candelario. He was sent down earlier today, but I suspect that he’ll be back.

This is the first week in some time that there have been some pitching options in LABR that weren’t of the “oh it’s so sad” variety. Gutiérrez and Long were chronicled above. Thompson isn’t someone who I’d touch outside of NL-only, and that also goes for Kuhl after a poor start followed by an injury. Volume matters more in mono leagues, but it’s always a balancing act between grabbing those strikeouts versus torching your ratios.

I stood pat after throwing down the big bid for Patrick Wisdom last week. I thought about going $2 on Long but would have lost the tiebreaker … so whatever. Part of the reason I didn’t bid is that offense on the free-agent pool is scarce, and that’s what I need. Vogelbach has gone from $0 afterthought reserve pick to an essential part of my offense, thanks to Hiura falling off a cliff.