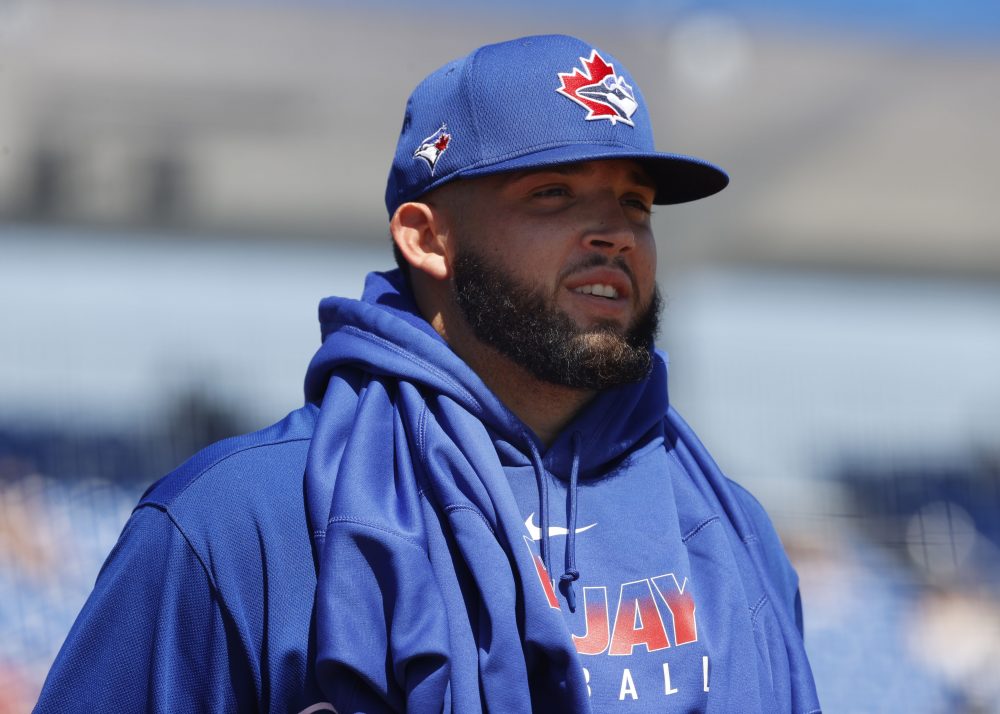 Alek Manoah $290 ($516, $125)
Manoah was easily the most sought-after free agent this week. This was hardly a surprise, considering his excellent minor-league line and stellar major-league debut at Yankee Stadium. Manoah is one of seemingly countless examples of why gauging prospects without 2020 minor-league data was next to impossible. He struggled at the alternate site last year and was viewed by those in the know as an afterthought in the short term. I bid $90 in my TGFBI on Manoah, in part because starting pitching isn’t a priority for me but also because the scouting negatives simply didn’t disappear because of four excellent 2021 starts. I like Manoah’s potential to deliver fantasy value in 2021 more than any other rookie pitcher, but he’s still a pitching prospect. The road will have some bumps, particularly for a pitcher with so much risk in his scouting profile.

Logan Webb $44 ($171, $11)
Entering 2021, Webb was more of a name to know than a must-have, with an ERA north of five and a strikeout rate that didn’t justify the risk. But as Mark Barry pointed out in the Free Agent Watch, Webb has altered his pitch mix, moving away from a four-seamer in favor of a sinker, and using a more slider-heavy approach. The change has worked wonders, and while a 3.86 ERA isn’t amazing, Webb’s 3.33 DRA coupled with a pitcher-friendly park have made him into a deep mixed-league option, at a minimum. Webb did hit the IL earlier this year due to some shoulder discomfort, which is the only reason to consider tempering your bid if he’s still available in your leagues.

J.P. Feyereisen $32 ($64, $3)
Shipped from Milwaukee to Tampa as part of the Willy Adames trade, Feyereisen has immediately been inserted into the Rays closer conversation, picking up a save on Saturday after failing to convert an opportunity earlier in the week. Feyereisen was more minor-league journeyman than prospect, but you can throw all that jazz out the window where relievers are concerned. The numbers year-to-date are unimpressive, but any time a player joins the Rays, he’s instantly worth watching to see if Tampa can unlock something the player’s former team could not. In Feyereisen’s case, he has mostly abandoned his slider in favor of a much more conventional (for a reliever, anyway) two-pitch approach.

Feyereisen picked up another save on Monday afternoon against the New York Yankees. Diego Castillo threw 27 pitches on Sunday, giving Feyereisen an open lane for the opportunity.

Player A is Bo Bichette’s career line. Player B is Miller since 2019. This comparison isn’t a knock on Bichette. Rather, it is praise for Miller, who has quietly become a valuable role player for the Phillies and is now getting regular reps because of multiple injuries. Miller is a useful source of power while he’s playing, and he gets an extra boost because that power is worth even more in 2021’s dampened offensive context than it was in 2019-2020. He’s even more valuable in leagues with five-game, in-season positional eligibility requirements, as Miller is eligible at every non-catcher position except shortstop using that criterion.

Lucas Sims $30 ($68, $1)
If Tejay Antone didn’t pick up a save on Sunday, I suspect that Sims’ price would have been higher after he picked up two saves earlier in the week. Antone is the best reliever in Cincinnati’s pen but is more valuable as a multi-inning weapon as opposed to a traditional, ninth-inning closer. Amir Garrett was supposed to be the closer, but he struggled early and got hurt. Sims probably has the inside track for saves. Despite an ugly 5.68 ERA, a 3.93 DRA speaks more to a capable reliever who can serviceably get the job done. There are a lot of strikeouts to be had as well, which is always a plus when you’re speculating on saves and trying to maximize roster potential.

Jake Odorizzi $27 ($51, $7)
Odorizzi was a forgotten name in drafts this spring, in part because of a mostly lost 2020 but primarily because he was a late signing by the Astros. He almost-too-predictably struggled out of the gate and then went on the IL with a forearm strain in late April. Odorizzi will never be an elite arm, but if he can get his velocity back to where it was with the Twins in 2019, he could be a mainstay in deep mixed leagues. I wouldn’t use him in the short term, but Odorizzi is worth a stash to see whether he can round back into form in his next couple of outings.

Justin Dunn $24 ($84, $2)
As a Mets fan, I spend so much of my free time looking out the window, sadly staring in the general direction of the Pacific Northwest and wistfully thinking about Jarred Kelenic that I sometimes forget Dunn was also traded to the Mariners in the Robinson Canó/Edwin Díaz swap. As a prospect, many thought Dunn was better suited to be a reliever due to a lack of a third pitch and the ability to go deep into games. He has mostly solved for the lack of a third pitch problem but is only averaging five innings per start, thanks to issues with both control and command. The 3.18 ERA is sweet, but the 4.51 DRA makes me worry that there are some tough times coming for the 25-year-old righty. Maybe I’ll glance out the window occasionally with Dunn in mind, but it won’t be with the same wistfulness as I have for Kelenic.

Merrill Kelly $22 ($37, $7)
I wrote about Kelly last week, suggesting that he is a useful streamer who is difficult to justify keeping a permanent roster spot for in a format like TGFBI, with seven reserve slots and no injured list. If you were going to stream Kelly, this was the week to do it, with a start at home against the injury-decimated Mets last night followed by a start in Milwaukee and their subpar offense on Saturday.

Rob Refsnyder $15 ($58, $2)
Refsnyder is a 30-year-old role player who will get an extended opportunity for playing time because the Twins have three outfielders on the IL. A tip of the cap to J.P. Breen for identifying Refsnyder as a potential stash last week, noting that Refsnyder was a “trendy darkhorse” while he was with the Yankees and has been a solid hitter at Triple-A in multiple stops. Maybe Refsnyder doesn’t get it done, but multiple players with this profile have turned into productive regulars in their 30s. At the very least, Refsnyder is worth the stash as J.P. suggests to see if he can continue his hot ways in a lineup that has almost no alternatives outside of Kyle Garlick.

Vince Velasquez $12 ($21, $5)
Like Kelly, Velasquez is a recent FAAB Review repeater, but unlike with Kelly I do wonder if there’s a little more here than just a fringy streamer. The results have been excellent for Velasquez, and the DRA suggests that maybe we can expect more than the erratic and disappointing results VV has delivered throughout his big-league career. On the other hand, the walk rate remains high, and the Velasquez proposition has the “do you feel lucky, punk?” vibe of the now old timey Clint Eastwood, Dirty Harry movies. The two-start week made Velasquez worth it in TGFBI, but that first start at the Reds looked like a reason to stay away, and Velasquez wound up putting up a stinker yesterday, allowing six runs in three innings before getting the early hook.

My sad goal at this point is to get as close as possible to the overall 60-point threshold to avoid the 2022 FAAB penalty, so I was out on both Holland and Middleton. I’m trying to maximize my strikeout potential with eight starting pitchers and didn’t want to take a shot on two relievers who might not be the closers on their respective teams. If you’re not working through a funky strategy like I am in Tout, Holland is a worthy target.

My latest injuries this week were José Iglesias, Luke Voit (again), David Dahl, and Sam Haggerty. I got Zimmer, Davis, and Ryan McKenna as replacements. I didn’t like any of the middle infielders out there, so I left Iglesias active. Did I mention that calling my fantasy team a raging tire fire would be disrespectful to both tires and fires?

My offense is healthy, and there was almost nothing worth grabbing in any event. I took a $1 shot on Tepera in the hope that he can offer strikeouts and solidify my ratios. I don’t expect Craig Kimbrel to lose the job in Chicago, though, unless the Cubs are out of it and he’s shipped away at the deadline.

You need to be logged in to comment. Login or Subscribe
Jon Crate
When you said you got Zimmer and Davis, I misread it as you got one guy named Zimmer Davis, which would be perhaps a top ten baseball name.
Reply to Jon
Mike Gianella
that would be awesome.
Reply to Mike