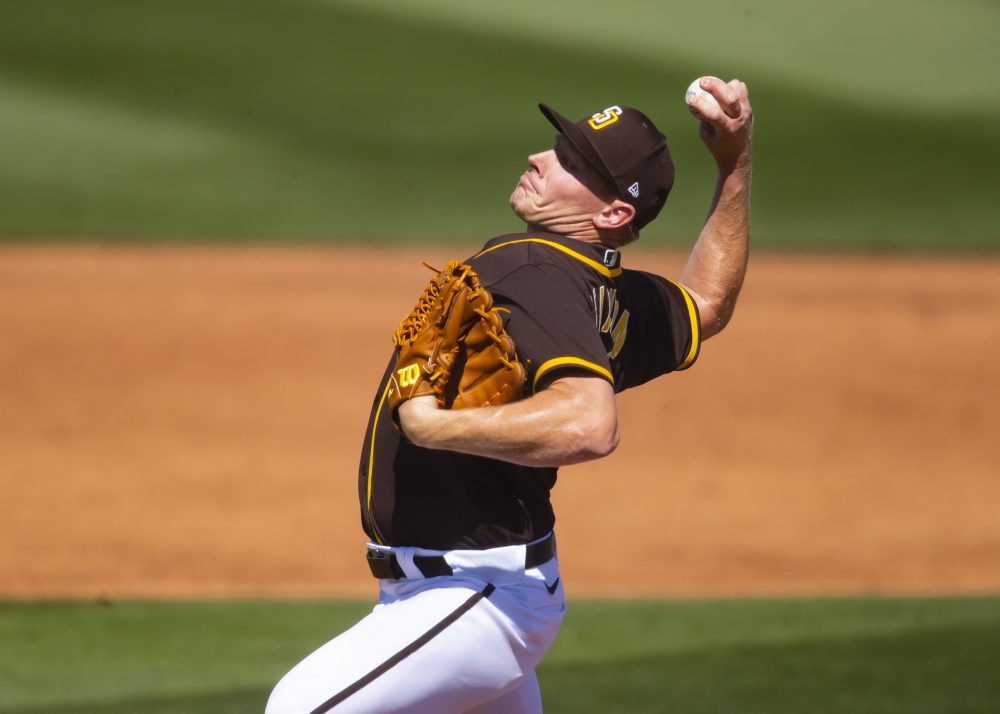 Welcome to my annual LABR and Tout Wars mono-league recap. For the second consecutive year, we decided to pull all this data into one article rather than separate them into two pieces.

Tout Wars is the third and final major analyst league that holds mono-league, salary-cap drafts throughout the spring. CBS holds their salary-cap drafts in mid-to-late February, followed by LABR in late February and Tout Wars in mid-May. All our drafts were online this season. Unlike last year, when we had to adjust rapidly to an online format on the fly in Tout Wars, we were as prepared as we possibly could be for the virtual experience. The purpose of this piece is to examine general trends to examine in retrospect what happened in the analyst, or “expert,” leagues.

AMERICAN LEAGUE
One of the foundational pieces of analysis in salary-cap draft leagues is tied to how our money is split between hitters and pitchers. League spending varies, but it typically skews anywhere between 65 to 70 percent of the overall $3,120 budget on hitting and 30 to 35 percent on pitching. The Tout mono leagues also have historically spent about $35-40 more on hitting overall than LABR. With the continued deemphasis on starting pitching and the traditional closer, my expectation was that pitching prices in both leagues would drop.

Spending did increase on hitters in AL LABR, but the spike wasn’t nearly as high as I expected. In Tout Wars, the overall spend dropped $24. For the second season in a row, prices on the most elite hitters continued to dip. Some of this likely has to do with uncertainty about how much to trust 2020’s relatively small sample, as well as the atypical environment we saw in 2020. However, the top-heavy aspect of the AL made this outcome somewhat surprising. Even LABR, with its overall increased hitting spend, didn’t push harder on the stars.

LABR uses batting average, while Tout Wars opts for OBP. This usually has a significant impact on a few prices.

Santana and Trout are perennial members of Table 2. Shin-soo Choo was, as well, but he is plying his trade in Korea once again. OBP tends to skew prices significantly, so it’s more than a little surprising to see who wasn’t included in Table 2. Aaron Hicks ($9 earnings differential in OBP in 2020), Mark Canha ($9), Anthony Rendon ($8), and Cavan Biggio ($7) either got a slight bump in Tout or didn’t get one at all. Hicks cost $1 more in LABR, making him a potential bargain in Tout. I got Trout for $50, paying $9 more than what he went for in LABR. Sinking 19 percent of your budget into one player is risky, but in OBP formats Trout provides a significant advantage.

Most of the players on Table 2, however, were boosted either because of late signings or late-breaking news. Witt didn’t seem to be a factor for 2021 before LABR. By the time Tout rolled around, the Royals were considering him as a potential add in the first half of the year. Franco was without a team until he signed with Baltimore relatively late. Kirk didn’t appear to be a candidate to make the Blue Jays, but with a good camp he forced the issue.

With innings uncertainty in 2021, I expected starting pitcher salaries to drop.

Unlike in 2020, there wasn’t any late-breaking news (mostly in the form of injuries) that changed a pitcher’s value. As a result, prices mostly stayed the same. The biggest dip in prices in Tout was for Giolito and Bieber. LABR pushed both to frontline status, with Bieber going for even more than Cole, while in Tout the analysts were more conservative. Some of this was likely tied to the lack of an innings minimum in Tout, which allows for teams to spend less on pitching and not necessarily load up on 5-6 starting pitchers.

The extra money always must go somewhere, and in this instance, it went to a few lower-end pitchers. Shohei Ohtani was available as both a hitter and pitcher in Tout, which altered the landscape only a little (I got him for the cheap price of $7). Framber Valdez got a moderate price bump after going for $1 in LABR when his injury prognosis seemed most dire. But it was in the closer market where the analysts in Tout were somewhat more aggressive than the analysts in LABR.

In terms of overall salary, the 2021 draft was a virtual repeat of 2020, when LABR AL spent $189 on closers compared to $219 for Tout AL. Excluding Scott and Soto, Tout spent an average of $16 on 13 projected closers. The injury bug didn’t take long to bite, as Yates and LeClerc went down shortly after the Tout salary-cap draft, with Anderson falling shortly thereafter, followed by Rosenthal right around Opening Day. It wasn’t just the closers either, as the second-tier relievers on most teams were also pushed up. Ryan Yarbrough and Diego Castillo went for a combined $18 even before Anderson went down, while Taylor Rogers ($8) wasn’t much cheaper than Colomé. The relief bargain of the draft might have been either Emmanuel Clase ($3) or Nick Wittgren ($2), who were much cheaper than Karinchak and are potential candidates for saves in Cleveland.

NATIONAL LEAGUE
While spending on the top players in LABR NL took a small step back, it was still aggressive compared to prior seasons. In Tout NL, the analysts pushed the envelope even further.

The short season in 2020 created several complex challenges for fantasy players. One of these challenges can be seen in the “prior year” columns in Table 5. Earnings spiked in 2020, but this is in large part because a 60-game season created more than a few artificial outliers who would have probably regressed to the mean. Eight NL hitters earned $37 or more in 5×5 AVG leagues, while 10 hitters earned $37 or more in 5×5 OBP. Not all of these hitters would have slumped in a full 162-game season, but some certainly would have done so.

Both LABR and Tout pushed hitting prices up, with LABR increasing its offensive spend for the fifth consecutive season. Tout had reversed a spending decline on hitters in 2020 and for the second year in a row spent more on offense than it did the prior season. The rationale behind this has less to do with the hitter pool and more to do with the quality arms in the middle in the NL. It might sound counterintuitive, but because there were more strong arms in the middle, the NL analysts were more willing to push the envelope for offense.

Most of the elite hitter prices held or increased between LABR and Tout. The two exceptions to this were Trea Turner ($40 in LABR, $37 in Tout) and Fernando Tatís, Jr. ($41, $38). Early concerns about Tatís’ shoulder had cropped up just before Tout’s salary-cap draft, which impacted his price. For Turner, there was a bit of on OBP penalty, although not as much as The AX recommended.

The OBP increase was more noticeable in the NL this year.

After Bellinger and Harper, the names aren’t sexy in Table 6, but there are more than a few batters who should provide an offensive boost with OBP. Nimmo got the biggest bump, but Belt, Hoskins, and Votto all benefit from the shift in format, as well. There were also a few hitters who narrowly missed the cut who got OBP pay raises. Andrew McCutchen, Christian Yelich, and Juan Soto all received raises of $3-4 in Tout.

Not all price increases were tied to OBP. Bradley and García both received more play money in Tout, which is somewhat odd considering that Bradley and García are part of the same crowded outfield. Additionally, despite the presence of Gavin Lux in Los Angeles, there were plenty of Taylor believers, or at least two who were willing to push him up to nearly $20.

In the National League, there is Jacob deGrom and everybody else.

Kershaw and Scherzer both picked up decent raises in Tout. Otherwise, the two expert leagues looked virtually identical, with either no differential or a $1 differential in either direction. Even with different analysts in both leagues, there was an imperative to pay deGrom like the elite, generational pitcher that he is and not push the envelope on any other hurlers. The AX shows deGrom as a $26 pitcher in NL 5×5 leagues with Scherzer only $2.34 behind. The market is betting on deGrom’s consistency and the potential for an off-the-charts, elite season no matter what the projections say. Recent history suggests splitting the difference down the middle, as deGrom earned $34 in 2019.

Typically, Tout’s proximity to the regular season pushes closer prices up a little, due to additional job certainty in some instances. This isn’t how it played out this year.

Closer prices dropped $29 in LABR and $37 in Tout from 2020. After Kimbrel, there simply was little, if any, job certainty in the role. This conservatism has mostly been justified by early job shifts in the NL. The Padres seem to be going with Melancon over Pagán (although Pagán does have a couple of early wins). And Hicks and Bradley never even started in the role, with Alex Reyes and Héctor Neris announced as the closers for the Cardinals and Phillies just before Opening Day.

On the other hand, the two cheapest options—Bard and McGee—appear to be firmly entrenched in their jobs, at least until they have a bad streak. Even a mediocre closer who holds onto the role can easily earn in double digits, so while it’s understandable why fantasy teams tend to avoid spending anything on a crummy reliever who could disappear in April, it also is logical to throw at least $3-4 at someone who could have the job all year long.