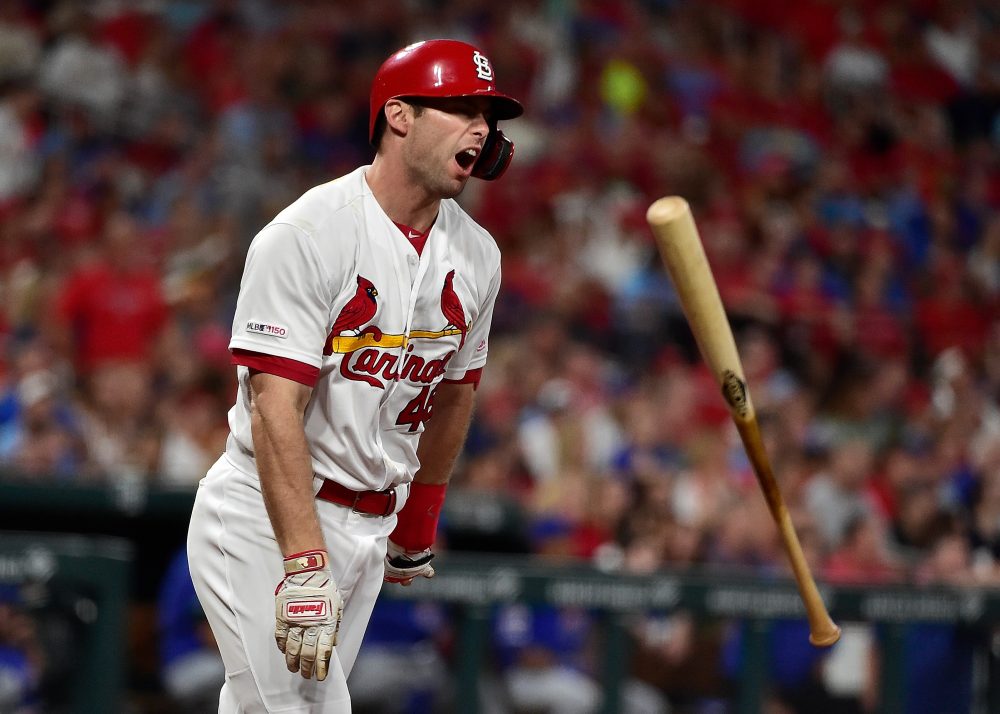 This year marked the 27th season of LABR—the handy, now-ubiquitous acronym that we use in fantasy circles when we talk about the League of Alternative Baseball Reality. I’ve been in one variant of this league or another since 2014, moving from the mixed draft to AL-only in 2017 and then to NL-only in 2018. I have been one of the stronger players in the NL, finishing fourth last year and second in 2018, but as I say in these obligatory introductions every year, my goal is to win. I looked back at what went wrong for my team in 2019 and decided to make some minor alterations to my game plan.

Below is a position-by-position look at how my auction played out.

Catchers: Will Smith ($12, my bid $16). Wilson Ramos ($10, $14)
Something I didn’t intend to do in LABR in 2018-2019 was skimp on catching, but skimp I did, spending a combined $6 on my catchers each year. Like every other strategy, this can work, but if one or both of your catchers are black holes, it reduces your margin of error everywhere else. It also is a waste of valuable FAAB resources if you get stuck chasing viable options all year long, particularly in a league that has $100 FAAB and $1 minimum bids. Last year, I kept plunking money down on catching until I landed Smith and Kurt Suzuki. Both catchers were fine, but I wasted at least two months with zeroes in my lineup. Smith and Ramos should both be fine in 2020, and at a combined $22, I didn’t break the bank for the duo.

Corner Infielders: Paul Goldschmidt ($24, $27), Colin Moran ($5, $7), Kevin Cron ($1, $4)
The biggest mistake that I made all day was not pushing harder for a second corner infielder. Goldschmidt was a great start (especially given what many mid-tier first basemen cost later), but I should have been slightly more aggressive on a few $7-10 corners in the last third of the auction. Moran will be OK, if he can keep the job all year, but he wasn’t very good in 2019. It won’t take much for the Pirates to move on. Cron is a fine spec play at $1, and with the at-bats and volume that I have in the rest of my lineup, I mind his presence less than I mind Moran’s on my squad.

Middle Infielders: Jonathan Villar ($28, $31), Keston Hiura ($25, $27), Freddy Galvis ($7, $10), Isan Diaz ($5, $8)
I priced Villar aggressively because I wanted to lock in stolen bases. Production in the category drops off rapidly. I was surprised to get Hiura. I thought for sure that he’d sail past my price, but there was some aggressive bidding on the non-Ronald Acuña/Christian Yelich, next-tier stars, and I caught a bargain in Hiura at the end of that run. Galvis makes you groan in a mixed league; in an only, though, he will produce. Díaz was the last player that I bought. The power upside is considerable, although I’m worried that he’s either going to be a drag on my batting average or start the season in Triple-A.

Outfielders: Charlie Blackmon ($26, $30), Gregory Polanco ($11, $14), Mike Yastrzemski ($10, $13), Brandon Nimmo ($6, $13), Dexter Fowler ($6, $10)
I was pleasantly surprised that Blackmon fell to me at this price. Thanks to Coors Field, he’s the batting-average anchor that I didn’t have last year. The rest of the outfield isn’t as inspiring, but this is a solid crew of everyday pluggers who should get most of or all the at-bats in their respective outfields. It should allow me to churn out plenty of plate appearances, which is the name of the game in mono leagues. I bought 13 starters and Cron on offense; for a mono league, this is a big win and allows me some margin for error, which is something I didn’t have in 2019.

I don’t mind having a high-end one-two punch in Strasburg and Corbin at the top of my staff, but it wasn’t part of any kind of grand plan. It limited me even more ay the back of my rotation than I was expecting. The hope is that Stras and Corbin are both strong enough that I can live with some slip-ups from my bottom four. I did maintain my goal of not pushing the non-ace arms over $3-4, and except for Arrieta, I like the pitchers that I bought.

Bullpen: Kirby Yates ($19, $21), Wade Davis ($2, $7), Dellin Betances ($1, $2)
My closer bids are conservative by nature, so I was surprised to get Yates, one of the best relievers in baseball, for under $20. The AX wisely isn’t projecting a repeat of 2019, but it’s not difficult to envision Yates easily beating his projected 3.12 ERA and 1.116 WHIP. Yates was ninth in ERA and 20th in WHIP earnings in NL-only; the quality of his innings matters a lot in this format. While Davis could suck, the Rockies are committed to using him in the ninth, and he has been fine in limited spring action thus far. Betances is a $1 shot in the dark that he returns to pre-2019 form. If he doesn’t, I’ll drop him quickly.

Reserves: Jason Kipnis, Cristian Pache, Andrés Muñoz, Matt Strahm, Junior Guerra, Chris Martin.
My team projects to $337 in value using my bid limits. My biggest strength has always been managing value during an auction; where I have sometimes struggled in the past is making sure that this value translates to statistical contributions to a winning fantasy team. I didn’t use The AX during the auction to track statistics, so using it retrospectively to see if our in-house projections liked my team wouldn’t merely be an exercise in self-congratulations. It would be a true test of how well I did.

I don’t believe that I drafted a 91-point team that is 18 points better than the second-place squad. However, what these projections do tell me is that my baseline is strong. I’m projected to finish first in home runs and steals; second in strikeouts; third in runs, RBI and stolen bases; fourth in WHIP; and fifth in saves. While I do have a few weak category projections, I’m not starting out all the way at the bottom. I’m projected to finish eighth in ERA and ninth in AVG. I didn’t quite address my goal of buying more AVG, but there’s enough wiggle room in the projections that I could move up.

This auction was something of an evolution in my process, which isn’t an outcome that I expected when I walked into the auction. My goal was more balance and a better overall team, so I wouldn’t need to trade into weaknesses or dump categories early. This is a tough league where everyone has a chance to win, but I like my position as I walk up to the starting gate. I’m more likely to utter the banal “I like my team” statement to my readers than I have been in years.

Thanks, as always, to our good friend Steve Gardner of USA Today for inviting me and my colleague Bret Sayre to LABR and all the hard work that he does to make these leagues run smoothly. This was also the first year that Baseball HQ’s First Pitch held an event in Florida, and the integration of their event with LABR made the weekend even more fun. To Brent Hershey, Ray Murphy, and the many, many talented writers and staffers at Baseball HQ, thanks for somehow making an already great weekend even better.

You need to be logged in to comment. Login or Subscribe
Michael Pendergast
The NL LABR auction is my most important resource for years now. Getting real life(?) prices from an actual experts draft is invaluable. Thanks for the recap.
Reply to Michael
Robert Vansandt
COULD YOU PROVIDE A LINK TO THE COMPLETE SUMMARY OF THE DRAFT LIKE WAS PROVIDED FOR THE AL DRAFT YESTERDAY? THANKS
Reply to Robert
Mike Gianella
https://rtsports.com/labr-nl-auction
Reply to Mike
Sharky
Mike, helpful as always. You wanted more balance this year. LABR is a redraft league. For mono keeper leagues, is stars-and-scrubs somewhat more valuable given the ability to trade keepers to fill holes (and replacing a scrub better than replacing a productive boring guy)? How do you think about that?
Reply to Sharky
Mike Gianella
It is if you have the ability to trade into dead slots through dump deals, yes.
Reply to Mike