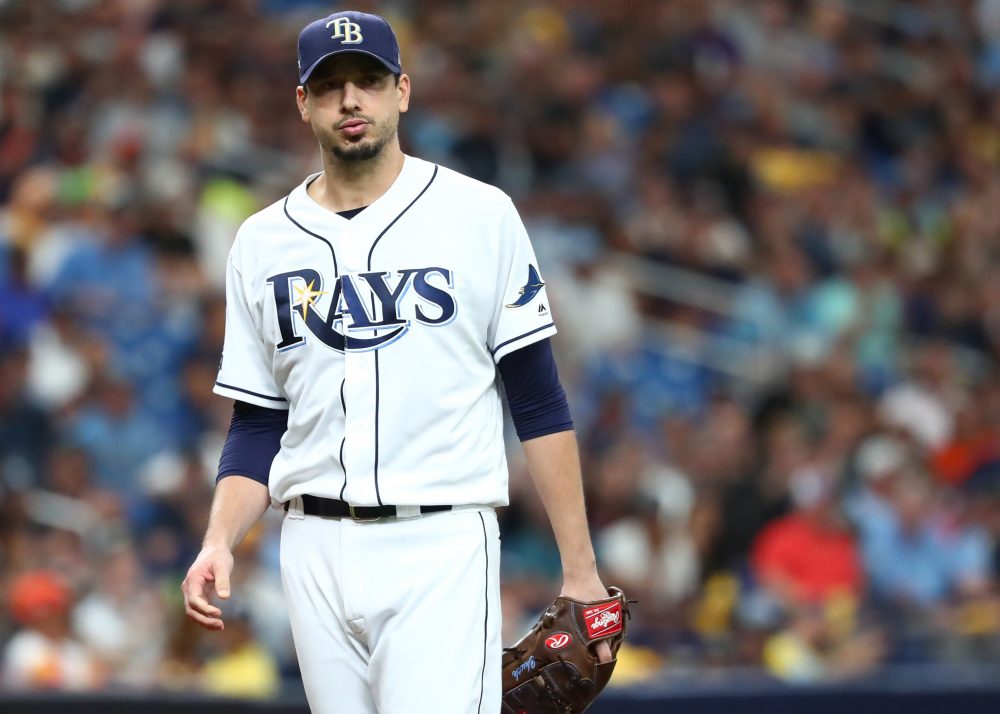 (I know, I know, you probably didn’t come to BP today expecting to find a recap of a season that ended over two months ago. But I like to look back at my “expert” leagues for two reasons. First, for accountability’s sake. It’s easy to write a glowing review of an auction in March. It’s much harder to scrutinize how you did in October. Second, I like to look back at what I did right, what I did wrong, and see how I can apply this to next season—both for me and for my readers.)

I came. I saw. I finished eighth.

The 2019 campaign was pretty mediocre for me as a fantasy baseball expert, but Tout Wars AL was by far my worst showing last year. I felt pretty good about my auction in March. I seldom feel good about my drafts or auctions immediately afterward, so in retrospect this was the kiss of death.

(dollar values are from my retrospective valuation series)

You’d expect a team that was $13 underwater coming out of the auction to be a below-average team, and you’d be right. If all 12 AL Tout teams froze their rosters on April 1, I would have finished 9th with 50 points out of a possible 120. A total of 60 points is the rough equivalent of a .500 season, so that tracks.

Semien and Morton earned a combined $64 for my relatively modest $34 investment, but another way of looking at this is the other 21 players that I purchased cost $226 and only earned $183. Bad luck is almost always part of a subpar season, but it’s impossible to view this draft as anything but an indictment of my process. The hypothetical auction standings showed me as solid in three categories (stolen bases, wins and strikeouts), mediocre in three (runs, home runs and RBI), and awful in four (on-base percentage, saves, ERA and WHIP).

What went wrong with this auction, what can I do (if anything) to improve my process going forward, and how can you avoid making the same mistakes I did?

As noted above, I was happy about my auction. One of the other experts (someone who wasn’t in the AL pool but was in attendance all weekend) burst my bubble quickly. That person pointed out to me immediately after my auction that while I had a solid team of potential all-around contributors, my OBP baseline was weak. I tried to put a brave face on it, but he was right. Pillar and Kiermaier were significant drags in the category, and while Anderson’s excellent batting average made him profitable, his OBP made him far less of a win in this format. While it was OK to buy one of these players, I probably should have been more mindful and avoided obtaining two utter sinkholes.

I’m mostly OK with my lack of saves. Hunter Strickland might have been fine if not for a very early injury, and if you’re going to throw one category overboard, saves is the category you should cast aside. My bigger mistake was spending a combined $13 on Betances and Pressly. Even if Betances had worked out, middle-relief bargains are plentiful and chasing the best middle relievers in bullpens where the closer is ensconced limits your opportunity ceiling.

Of my team’s three issues, the absolute wreck of a rotation that I purchased was my biggest problem. It was completely unforgivable, too, since I got an ace in Morton at a non-ace price. Even if I had only built an average staff around Morton, it could have been solid: a total of $92 in earnings from your pitchers coming out of an auction gives you plenty of wiggle room.

In retrospect, my biggest problem with my draft roster isn’t with any specific player I purchased but rather with how I distributed my auction dollars. I only bought Cozart and O’Hearn for a combined $22 because I had two slots left at the end of the auction and needed two corner infielders. I had a similar problem with the pitching staff I bought. Spreading the wealth was OK, but I would have been better off spending more of my money earlier, pushing a little harder on one of the aces or second-tier pitchers like James Paxton (I had the last bid on him) and buying a few cheap fliers later. There was enough variance in the endgame that I may have been able to balance out my roster with some cheap $1-3 buys.

The other problem that I identified before the season started, but didn’t adjust for nearly enough, is how much tanking has altered the American League landscape. A balanced-roster strategy works well when all 15 teams are trying to field their best lineups possible. It doesn’t work nearly as well when eight or nine teams are trying to win now and everyone else is playing to win at some indeterminate date in the future. Grabbing bad players on second-division teams didn’t do me any favors.

One thing I did do well was recover in-season… relatively speaking. I improved that team I drafted by 11.5 points. This still resulted in a mediocre finish, but it’s worth chronicling my successes in season, since it shows that there is always room to move up and gain ground, even in an AL-only.

Below are the things I did well after the auction:

I didn’t beat myself up too much about saves because I know that you can generally make up ground in saves, even if you didn’t draft a closer in the first place. I pounced on Roenis Elías early, traded Luke Voit for Ken Giles, and traded for Taylor Rogers midseason in exchange for a modest amount of FAAB. There was some derision surrounding the Elías acquisition, but saves are saves. I jumped up significantly in the category.

Despite the rash of injuries and ineffectiveness on offense, I was able to find enough everyday players to move up somewhat. Chris Liss dropped both Lourdes Gurriel and Renato Núñez (in separate weeks), and I was only too happy to capitalize on his impatience. I also traded Andrew Cashner right after his modest, short-lived run for Hanser Alberto. Mixed leaguers are rolling their collective eyes at me, but in mono formats these kinds of volume acquisitions matter. Even my early FAAB buy of Josh Phegley helped.

I saw an opportunity to maximize strikeouts, and instead of fretting about ERA/WHIP once it was obvious that they were a lost cause, I was able to maximize my strikeouts, recognizing that I was only going to move up in my rate stats with luck. I helped my wins totals a little bit as well. My ERA and WHIP sucked, but you can’t finish with zero points in a category no matter how bad you are in it.

This doesn’t mean that I didn’t make mistakes in season. I bid big on Nate Lowe and post-injury Corey Kluber and lost big both times. I also underestimated and ignored the upside of tanking. Teams with nothing to lose were willing to plug retreads like Danny Santana into their lineups and see what happened, and I failed to pounce on these types of opportunities. I’m not a fan of Stars and Scrubs, but if the AL continues to play out the way it has the last few seasons, it makes more sense to lock in top-tier talent and let the chips fall where they may among the bottom half of our rosters.

Congratulations to Rob Leibowitz of Roto Heaven for winning a well-deserved 2019 Tout Wars title, and thanks as always to Ron Shandler, Todd Zola, Peter Kreutzer, Brian Walton, and Jeff Erickson for all their hard work keeping Tout Wars going, and especially for the amazing weekend festivities in New York City. I’m looking forward to another year of fighting for a title among the best in the industry in 2020.