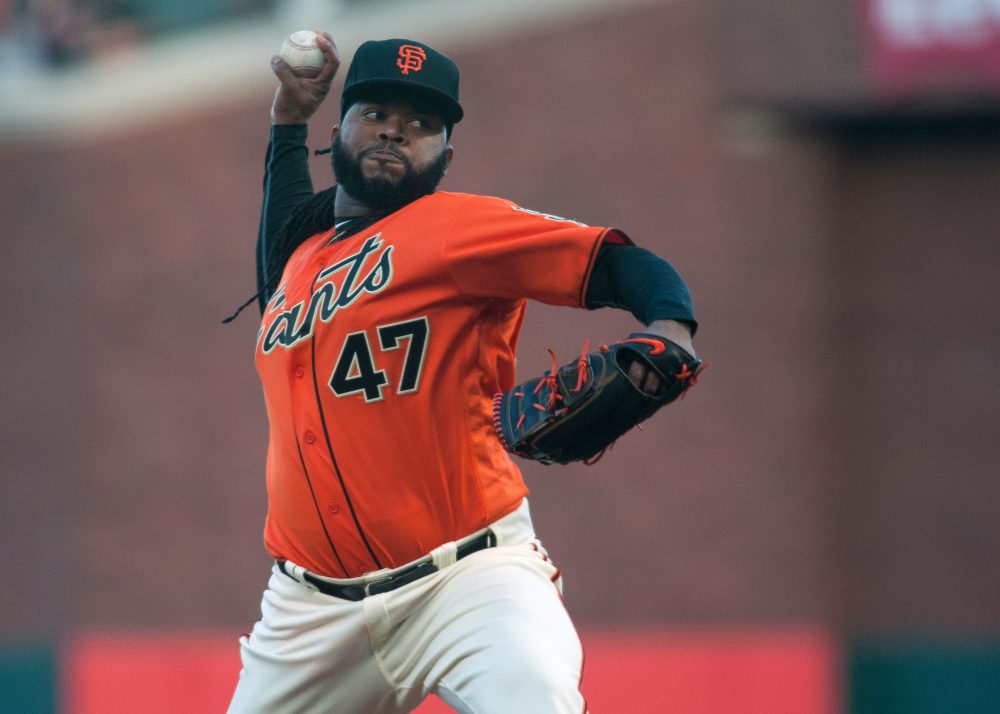 Jairo Díaz $77
Since taking over as the Rockies’ closer, Díaz has thrown 7 2/3 innings without allowing an earned run and has notched four saves. The Rockies have a tough schedule over the final two weeks, but Díaz could easily notch a couple more saves for your fantasy team over Colorado’s final 12 games.

Kyle Lewis $66
Injuries have delayed Lewis’s development, and his .263/.342/.398 slash line with 11 home runs at Double-A this season left a lot to be desired. However, in the 27 plate appearances since he was called up to the Mariners, Lewis has batted .360/.370/.920 with four homers and nine RBI. His power appears to be playing up in the majors thanks to the juiced ball, so Lewis could be good for a few more dingers before the season ends.

Nico Hoerner $66 (Other Bids: $3, $2)
Injuries to Javier Báez and Addison Russell have opened the door to playing time for Hoerner. All he has done since getting the starting job is bat .379/.438/.655 with a pair of home runs and 11 RBI over his first 32 plate appearances. He has been lauded for his hit tool throughout his minor-league career, so we could be getting a glimpse of what’s to come with Hoerner. He’s worth adding if you need a shortstop over the next two weeks.

Austin Voth $1 (@MIA)
Voth has been used as both a spot starter and a reliever this season, pitching to a 3.58 ERA overall in 32 2/3 innings. Since he was called up in September, he has made one relief appearance and two starts for a total of 12 innings with a 2.25 ERA, 16 strikeouts, and four walks. He’s only gone beyond the fourth inning once in September, and he hasn’t been very efficient with his pitch counts. However, he will likely make two more starts before the season ends.

Ryan McBroom $38 (Other Bids: $0)
I saw McBroom in Double-A Trenton two years ago when he was in the Blue Jays system. The 25-year-old first baseman looked much bigger than many of the other players on the field and hit a mammoth home run off a flat fastball down the middle of the plate. He also had a slow bat and seemed to have difficulty with offspeed stuff. Two organizations later, McBroom is getting a cup of coffee with the rebuilding Royals. He made an adjustment to his swing earlier this year, which along with the juiced ball helped him put up a career year at Triple-A Scranton Wilkes-Barre, to the tune of 26 home runs and a .315/.402/,574 slash line in 482 plate appearances. McBroom hasn’t done much thus far with the Royals but could morph into a right-handed Justin Bour if everything breaks his way. The changes and improvement are legitimate, but even so there might not be enough here to make McBroom a viable player, in fantasy or reality.

Kyle Lewis $30 (Other Bids: $24, $0, $0, $0)
I can’t blame the experts for not speculating on Lewis earlier this season. He had an underwhelming .263/.342/.398 slash line in Double-A, and while Lewis deserves some slack because of the injuries that have mostly derailed his career to date, that doesn’t mean he looked like a viable fantasy add in 2019. Lewis’ four home runs this past week make us all look a little silly, although September stats can be misleading when teams are rolling inferior pitching out there and/or are out of contention. Ride the hot streak, but if you’re in a keeper league, be aware Lewis might be a borderline freeze in any non-AL format.

Nico Hoerner $71 (Other bids: $14, $12, $6)
Small sample sizes can be fun. Thanks to two clutch games since being called up by the Cubs early last week, Hoerner would be on pace to drive in 255 runs in a 162-game season. This is an entertaining tidbit and not actionable data, but when you’re in a down-to-the-wire fantasy race, a total of 11 RBI from a player like Hoerner can be a nail in your opponent’s coffin… or in yours. Hoerner is playing every day since his promotion, and while he’s not projected to be a big-time power hitter, you should nevertheless capitalize on the playing time and athleticism and hope Hoerner takes advantage of the rabbit ball over the final two weeks.

Jairo Díaz $2 (Other Bids: $2, $1)
Multiple injuries in the Rockies bullpen created a wide open situation in the ninth, and while many expected Carlos Estévez to run with the job, instead it has been Díaz who has picked up the saves in September. Díaz has four saves in his last five outings and is the clear favorite in Colorado to hang on to the job the rest of the way. The long ball is a risk, especially in Coors, but Díaz should be owned in all but the shallowest formats.

Alex Young $2 (Other Bids: $1) (MIA)
In an environment where everyone seemingly throws a fastball in the mid-90s, the term “junk baller” is seldom used or applicable, but that describes Young. He almost never cracks 90 MPH on the gun, working mostly with a cutter/change/curve combination that keeps hitters off balance. When he throws the fastball, it adds to this attempted deception. Young is prone to long balls when he misses his spots, but he hasn’t been missing very much. Young is tempting in any format because of a soft schedule the rest of the way, which features Miami, St. Louis, and San Diego. The Cardinals aren’t a pushover, but if you’re almost out of FAAB and/or can’t liberally stream starters, Young is a solid choice for the final two weeks.

Johnny Cueto $2 (Other Bids: $1) (@ATL)
Cueto hasn’t allowed a run in two outings and 10 innings since returning from the IL. Most of the press about Cueto since his return has marveled about how he’s doing it without a lot of velocity, but even in his prime Cueto was never about dominating with his fastball. He has completely abandoned his slider—a pitch he had already moved away from pre-injury—in exchange for a cutter/change combination to compliment his low-90s heater. This iteration of Cueto can be an effective back-end starter, but you don’t need me to tell you he’s not going to maintain a 67 percent ground-ball rate or a .083 BABIP.