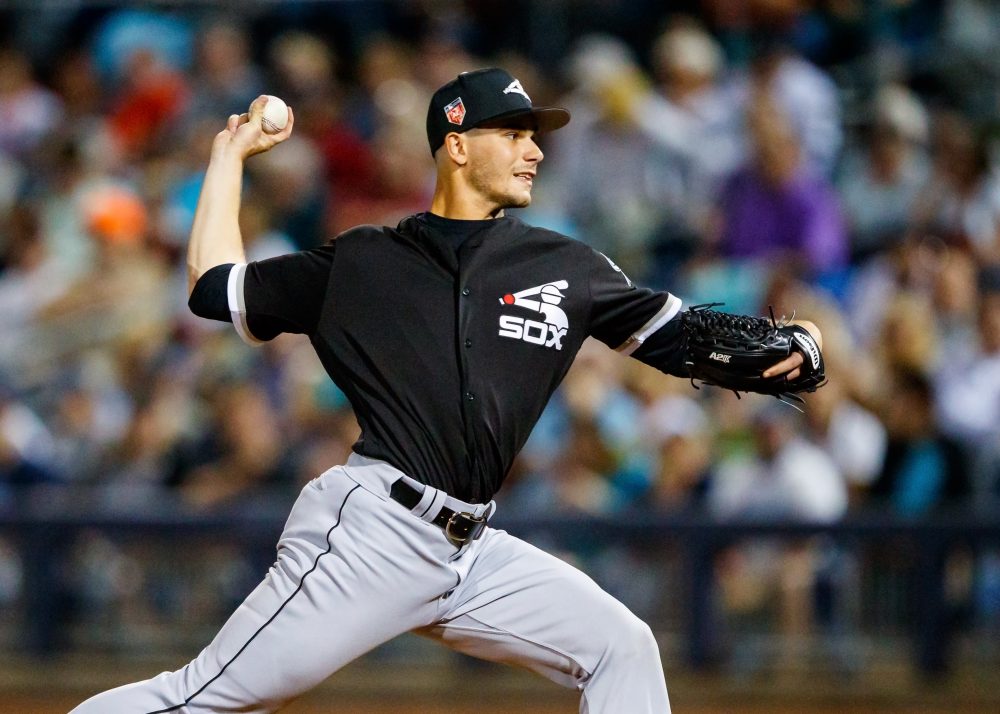 This week’s FAAB Review is a LABR-only edition. Tout Wars’ FAAB bids will not be processed until Wednesday evening this week.

Adam Frazier $4 (Other Bids: $1)
A modest spike in his power output in 2018 made it seem possible that Frazier could be a candidate for 15-20 home runs this season. Instead, Frazier has reverted to being more of a gap hitter who sprays that ball everywhere. The .287 batting average makes him valuable in deeper formats, especially in a context where non-pitchers are hitting .255. Frazier is useful as a third middle infielder in 15-team mixed or deeper, and his outfield eligibility bumps up his value as well. I don’t like comps, but I can’t help thinking of Frazier as a poor man’s Jeff McNeil.

Dylan Cease $3 (Other Bids: $2, $1, $1)
Cease’s major-league debut last Wednesday gives us a useful template of what to expect from the fire balling, 23-year-old right-hander the rest of the season. His upper-90s heater and knee-buckling curve are both swing-and-miss offerings, but major-league hitters are less likely to flail at pitches out of the zone than their minor-league counterparts. That is a problem because control has been a challenge for Cease throughout his professional career. The White Sox have implied Wednesday’s start wasn’t a one-and-done, and Cease will stay in Chicago if his performance warrants. Grab him in any format where strikeouts are the priority, but stay away if you can’t take the WHIP hit.

Dinelson Lamet $2 (Other Bids: $1, $1, $1)
Lamet is a fun pitcher to watch, and it would be easy to get sucked into the non-stop velocity show and place a double-digit bid. The challenge for Lamet is that he is a two-pitch pitcher, and while those pitches are a 95 mph fastball and an 85 mph slider, his limited arsenal makes him somewhat predictable as he goes deeper into his games. He’s not going to face the Dodgers every time out, so it is worth culling through Lamet’s matchups and using him in more opportune situations going forward.

Tyler O’Neill $12 (Other Bids: $5, $3, $2, $1)
O’Neill’s power potential has tantalized fantasy managers since he hit 32 home runs as a 20-year-old in High-A ball in 2015, but he has been unable to translate this potential to a full-time opportunity with the Cardinals. Marcell Ozuna’s injury has given O’Neill a window where he could play regularly for the Redbirds. I won O’Neill’s services with an aggressive $12 bid. You can’t take your FAAB with you, and I’m stuck in the middle where I don’t have enough FAAB to outbid the teams at the top of the pile but still have a healthy chunk of cash left to spend.

José Urquidy $5 (Other Bids: $4, $3, $2 $1, $1)
Urquidy lost 2017 to Tommy John surgery, but returned in 2018 without missing a beat. He has since gotten everyone’s attention because his strikeout rate has spiked this season. Some scouts see Urquidy as a future bullpen piece, but the Astros have decided to use him as a starter, with subpar results in the majors thus far. Those bad numbers are influenced somewhat by a start in Colorado, but I’m wary of Urquidy as a short-term play regardless of the venue.

Brad Keller $3 (Other Bids: $1)
A Rule Five pick from the Diamondbacks in 2017, Keller has been a serviceable (albeit unspectacular) hurler for the Royals for the last season and a half. Keller is a pitch-to-contact, ground-ball arm who has struggled this year with his walk rate. He’s fine as an AL-only back-of-the-rotation option, although I like him better in a format like Tout Wars, where you can reserve active major-league pitchers.

Ryan Cordell $2 (Other Bids: $1)
Cordell was getting regular reps for the White Sox in center field, although with Charlie Tilson back on the active roster Cordell could see some competition for playing time. Cordell is a low-level AL-only option who doesn’t run enough or have enough over-the-fence power to be more than a placeholder in any format.