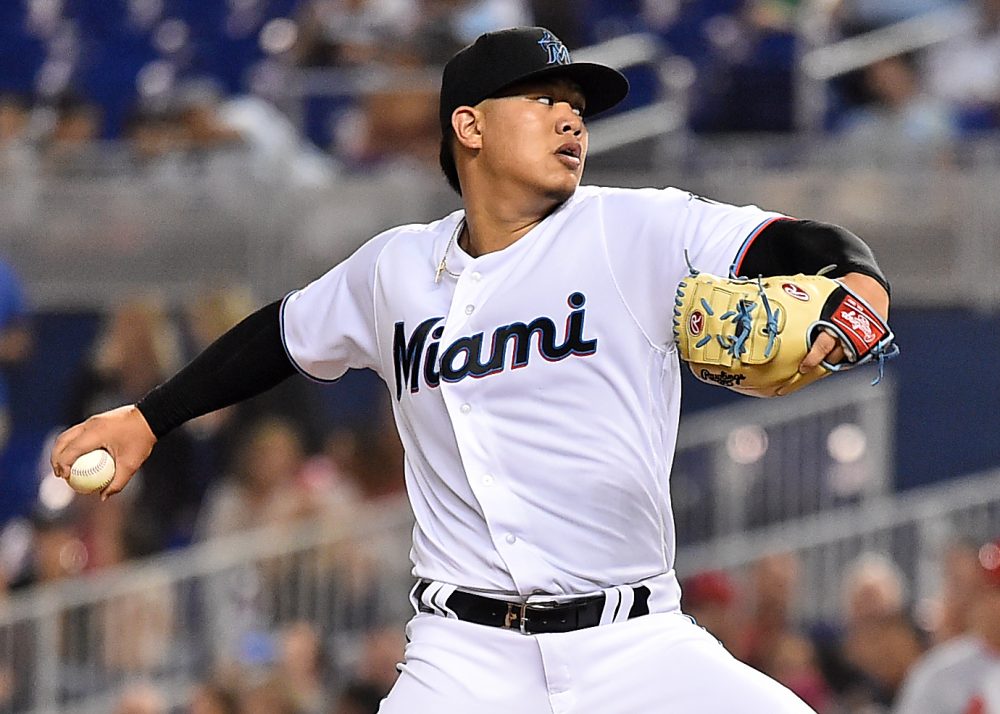 Tout Wars’ free-agent deadline is at 8 pm ET on Sunday, while LABR’s deadline is Sunday at midnight ET.

Kevin Newman $3 (Other Bids: $2)
Newman has been a solid citizen for the Pirates and has secured the gig at shortstop for Pittsburgh. His fantasy value is limited, thanks to limited over-the-fence power. Newman’s seasonal pace is a seven-home run, 14-steal season. That’s solid – and it plays in a 15-team mixed league – but this is the ceiling. If the batting average slips, the package doesn’t play up in today’s power-laden environment.

Brian McCann $2 (Other Bids: $1)
After a down year with Houston in 2018 that made it appear that perhaps McCann’s career was winding down, the 35-year-old backstop has bounced back with Atlanta. He’s nowhere near his prime performance, but his solid power and strong batting average plays in any two-backstop format. McCann is splitting time with Tyler Flowers, but in 15-team mixed he’s better than many starters who are getting more playing time.

Jordan Yamamoto $18 (Other Bids: $13, $13, $5, $2) (@STL, @PHI)
Although he wasn’t considered the biggest piece of the Christian Yelich deal at the time of the trade, Yamamoto’s pitchability made him a likely useful future major-league piece, regardless of the role. His junkballing ways kept the Cardinals off balance in his major-league debut, but I imagine next week’s two-starts on the road will prove a tougher test for the rookie right-hander. Yamamoto was showing slightly higher velocity on the heater than expected, and if he keeps his fastball velocity in the low 90s, he goes from being a fringe fifth starter to something more interesting.

Kurt Suzuki $8 (Other Bids: $6, $1)
Suzuki was dropped by Howard Bender of Fantasy Alarm, and I happily scooped up the Nationals catcher at $8. On a per at-bat basis Suzuki has been one of the best offensive catchers in baseball, but he is splitting the job in Washington with Yan Gomes. I have Gomes (and have been kicking myself for not buying Suzuki at the auction in early March), and given the paucity of NL-only catchers, I was happy to grab Suzuki. He left yesterday’s game due to injury, but it is anticipated that he will be back this week with no ill-effects.

Tyler Austin $3 (Other Bids: $1)
For the second time in a month, I bid $1 on Austin and failed to get him, losing out this time to Dalton Del Don of Yahoo!. Austin continues to be what he is: a classic lefty-killer who can’t hit righties. This season, Austin has a .264/.371/.528 slash line against southpaws and a .152/.200/.303 slash line against righties. Maybe he’ll go on a tear like he did last season and have a 10-home run month, but Austin is a bad bet in any format. He is only worth using if you have multiple injuries on offense and are looking for someone with a pulse as opposed to a dead spot.

Aaron Bummer $3 (Other Bids: $3, $3)
Bummer picked up his first save of the season on Thursday against the Yankees. He has pitched very well in a set-up role for the White Sox and has supplanted Kelvin Herrera as next-in-line for saves. Álex Colomé has pitched serviceably (although his peripheral numbers aren’t as strong as his 2.30 ERA), but the interest in Bummer is likely because the White Sox could be sellers next month. If that happens, Glenn Colton and Rick Wolf bought themselves a $3 closer. The White Sox are only 3 1/2 games out of the second wild-card spot, so it is possible they won’t sell.

José Suarez $3 (Other Bids: $3, $1) (@TOR)
Like Yamamoto, Suarez is a pitchability arm, although Suarez has mostly shown fastball/change in his three big-league starts. Suarez’s results have been rather underwhelming, and both his 5.08 FIP and his 6.03 DRA indicate that he has been somewhat lucky. Suarez is OK this week in AL-only, but I wouldn’t use him anywhere else. There is inherent risk in the profile, particularly in non-keeper leagues. Suarez could be a mid-rotation arm long-term, but in 2019 I see more pain than gain.

Tanner Anderson $2 (Other Bids: $1) (TB)
A Harvard graduate with a history of science degree who is also a violinist, Anderson is one of the most interesting, well-rounded people about whom I’ll ever have the pleasure of writing in this space. Traded from the Pirates to the Athletics in December due to a roster crunch, Pittsburgh used Anderson as a reliever, but the A’s are trying him as a starter. Anderson is mostly a two-pitch pitcher and has relied far more heavily on the fastball and less on the slider with Oakland. His formula for success has been getting hitters to pound the ball into the ground, and while the whiff rate has been subpar, this approach has worked in his first two starts. You don’t need an Ivy League degree to know that Anderson’s .133 BABIP isn’t sustainable.

Scott Kingery $314 (Other Bids: $185, $139, $134, $75, $67, $55, $23, $17)
The fact that Kingery was still available in Tout Wars Mixed Draft speaks volumes about the nature of the competition in this 15-team league. Nobody was interested in Kingery on draft day because there was no clear path to playing time, and he was underwhelming in his limited big-league experience last season. However, nobody was interested in him while he was batting over .400 during the first couple of weeks of the season either. He did get hurt rather quickly, so while the expectation of regression played some role in the lack of interest, it’s more likely that Tout owners were waiting on a larger sample size and just didn’t get a chance to bid him up before he landed on the injury list.

Michael Beller of Sports Illustrated bid very aggressively, but that’s what it has taken to acquire hitters of Kingery’s ilk in Tout. Since Beller is fighting to escape the bottom third of the league standings, he made the logical move to acquire the best-available hitter on the waiver wire.

Zach Eflin $167 (Other Bids: $100, $94, $78, $51, $33, $17, $16, $5, $3) (@WSH, MIA)
Bless me commissioner for I have sinned… egregiously. Last week, when Eflin was reactivated by the Phillies after a short injury-list stint, I missed the deadline to move him from my IL slot into either an active slot or my bench. As a result, Eflin was released from my team by the commissioner according to league rule. As the best-available starting pitcher on the waiver wire, he drew interest from all but two teams. My meager bid of $51 (low because I am FAAB poor at $71) wasn’t anywhere close to getting it done. Scott White of CBS Sports put himself in a good position to move up in the standings with his acquisition of Eflin.

Some people just can’t resist prospects, and Yamamoto drew his share of interest after a solid debut against the Cardinals. Yamamoto doesn’t have a ton of minor-league experience, so I’m a bit skeptical about his ability to adjust at the major-league level. He only pitched 68 2/3 innings last season due to injuries and has never topped 135 innings in any season as a professional, so there is an innings cap coming at some point. This was enough to limit my interest beyond a single-digit bid, and in the end I didn’t bid at all. That didn’t stop Perry Van Hook of Mastersball from being aggressive, but it’s worth noting he needed a replacement for Noah Syndergaard, which makes his bid much more understandable.

Jordan Lyles $35 (Other Bids: $5)
D.J. Short of Rotoworld’s prolific offense has carried him to fourth place thus far, but he needs a pitching infusion if he hopes to continue to contend. Adding Lyles will help if the Pirates’ hurler pitches like he did prior to his IL stint.

Ian Kennedy $27 (Other Bids: $4)
Kennedy is another example of the Tout Wars mindset at work. He wasn’t drafted because the Royals announced a closer-by-committee approach during spring training. But make no mistake, Kennedy has been the closer all year, notching seven of the team’s 10 saves. Part of the confusion stemmed from the fact that Kennedy only had two saves through May 29. He has picked up five saves since May 30 and three in the last week. As a team, the Royals have 18 blown saves, which led to a perception that the team was a bad investment for saves across the board.

César Puello $27
Puello acquitted himself well in his first 50 plate appearances, with a .390/.500/.683 slash line to go with three home runs, 12 RBI, and six runs scored. That wasn’t enough to save him from demotion when the Angels activated Justin Upton from the IL. Puello might not make it through waivers, but for now you can drop him in all formats.

Yusei Kikuchi $24 (Other Bids: $23, $17, $9) (KC, BAL)
Kikuchi got off to a modest start this season before a shoulder injury set him back much the same way it did in 2018. Bidding was quite modest, as it should be for a pitcher with below-average stats at this point in the season.

Kolten Wong $22
Wong is one of about 25 players on pace to steal 25-plus bases. That alone makes him worth of the price of admission in fantasy. He’s a must-own player in NL-only leagues.

A.J. Minter $17
Luke Jackson is losing his grasp on the closer’s job for Atlanta. Minter is back with the club after a rehab stint, during which he worked on refining his changeup, something he’ll clearly need to be successful. Minter is a good guy to target and hold, as he’s a strong candidate for the ninth if Atlanta decides to move on from Jackson.

Teoscar Hernández $17
Hernández’ hard-hit rate is near the top of the league, but his swing-and-miss issues put a hard ceiling on his production. His .282/.349/.615 slash line since returning from the injury list on June 5 is encouraging, so perhaps he has made a permanent alteration to his approach that will guide him going forward.

Daniel Hudson $5
Hudson is a potential closer for the Blue Jays until Ken Giles returns from the injury list. I recommend you lay out as little as possible for Hudson, as Giles is expected back when the minimum 10 days are up.

It was quiet in Tout AL for the second consecutive week. Poche’s 5.68 ERA hides a high strikeout rate; he is a sneaky candidate for saves in the Rays’ jumbled pen. Nola is a 29-year-old organizational soldier who finally made his major-league debut for the Mariners. He could see playing time on a team that is cleaning house. I bid $4 for Cashner’s two road starts in parks that are more generous than Camden Yards. It’s a volume play for me, as I keep trying to get a lucky win here and there on a staff whose ERA and WHIP are permanently in the dumps.

Daniel Ponce de Leon $27 (Other Bids: $12, $0)
Ponce de Leon started on Friday in place of the injured Adam Wainwright and could make another spot start on Wednesday against the Marlins. Ponce de Leon is a four-pitch pitcher, but he has been fastball heavy and has relied on his secondaries far less than he did in the minors. There isn’t a true plus pitch in the arsenal, and Ponce de Leon has also struggled with his control in both of his big-league outings.