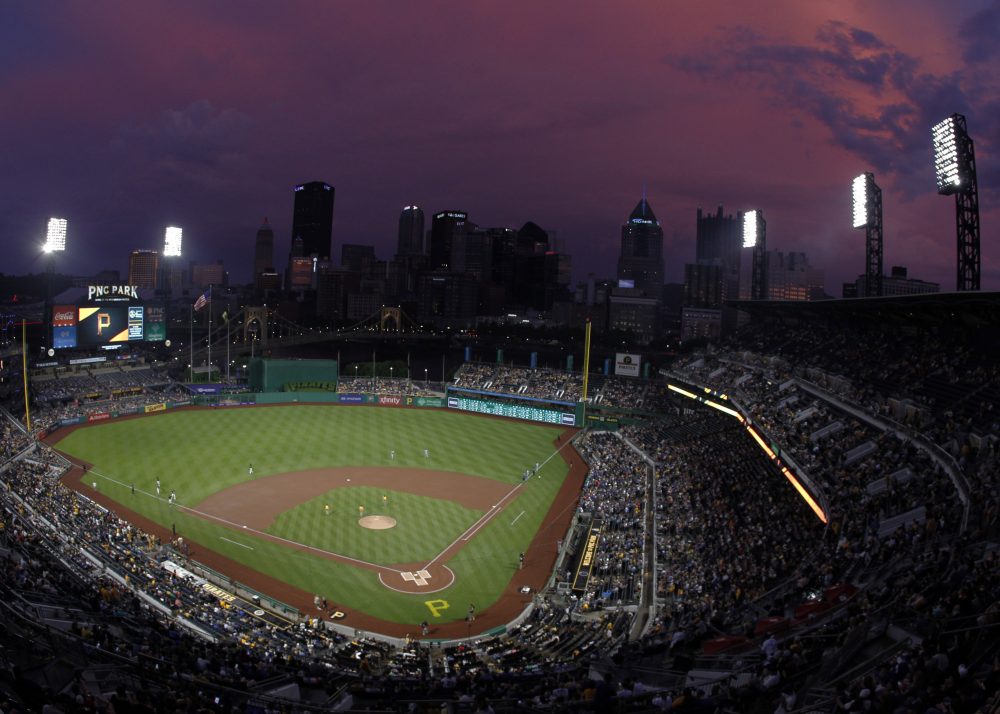 This past Sunday, Tony Horwitz passed away. Horwitz was a Pulitzer Prize winning journalist, an accomplished author, a loving husband and a father of two children. He was also an avid fantasy baseball player, against whom I had the pleasure of competing for 17 seasons.

His obituary understandably didn’t delve into his love of fantasy baseball. But in a year where I’ve spent written multiple columns wondering about how the fantasy game has changed and what that game will look like in the future, Tony’s passing reminded me of what I love about the game and why I get excited every spring.

Before technology made it easy to draft our teams online, auctioning in-person used to be a requirement in our league. We made an exception for Tony, usually because his book tours started in March or April, and unless there was a happy accident where our league auction and a promotional appearance of his were both in Philadelphia, it was impossible for him to get to us. Most years featured 11 of us in a cramped conference room in Center City and Tony, sitting in a hotel room somewhere. You could hear him rustling through his draft sheets over the speakerphone, trying to figure out his next move and groaning about the player he missed out on or the one that he regretted the moment after the auctioneer said “sold.”

Other years he missed the auction because he was living in Australia and couldn’t justify coming all the way to the United States and back just for a fantasy baseball auction. It was amusing to listen to Tony try to navigate what was happening in a room half-a-world away while also watching his children. Those were the auctions where Tony struggled the most, but he didn’t complain about it or make excuses. He loved the game too much.

Tony did make it to the auction a few times, but I’ll always remember his sonorous voice coming through that speakerphone, bidding a dollar more on Frank Thomas or CC Sabathia or whatever player was up for bid. A lot of fantasy players are super serious during a fantasy auction or draft, but Tony was the one who usually would crack a self-depreciating joke about the mistakes he made and the players he should or shouldn’t have purchased.

Among other things, Tony was extremely modest.

I should stop to point something out. If Tony were still around to read this, he’d be laughing his ass off at the idea of being “good enough” to compete in an expert league. He liked winning, sure (who doesn’t?), but winning or losing wasn’t as important as the thrill of competition and the chase for the title.

Where my strength is (and has always been) the auction, Tony shined once the season started, particularly when it came to trading. He loved to trade. There was nothing better than getting an email from Tony because you knew it was going to be the start of a negotiation that alternated between fun and aggravating. Tony was a risk-taker, an attribute that is lacking in many fantasy players who are afraid of losing face if a trade goes south. Where I am the methodical type who triple-checks my projections and errs on the side of caution before making a deal, Tony was an impulsive type who threw caution to the wind and did the deal. He also won many more trades than he lost.

Tony is the second member or former member our league that we’ve lost in the last year. Keith Cromer passed away last October. I met Keith in 2001 at work, but we didn’t start talking until he saw my face in Sports Weekly in the 2003 LABR issue, when I was a one-time substitute for Alex Patton. I joked for years that he didn’t have any interest in me until he saw me in Sports Weekly. We spent hours in Keith’s office talking baseball and fantasy baseball. Keith joined our league in 2005 and jumped in with both feet, turning over his roster constantly with trades and free-agent acquisitions. Keith did nothing at half speed, whether it was his job, his fantasy team or helping to raise his daughter. He briefly wrote for Baseball Prospectus’ fantasy desk, from 2014 to 2016. But he left when he decided that he couldn’t do both of his jobs well and that BP deserved nothing but his best.

Keith and Tony weren’t the kind of people who would have crossed paths in real life, but fantasy baseball brought them together as unlikely trading partners and then later as friends. It isn’t uncommon for people to vent to one another about a trade gone awry, or how the other person is asking for way too much, or all the other various gripes we hear playing this game. Keith and Tony vented to me about the other one’s trading habits so many times that I lost track.

Both Keith and Tony passed away so abruptly that I didn’t get to say goodbye to either one of them. But the passage of time and the way fantasy baseball has changed the last few years has also changed the relationships we have with those whom we play this all-consuming game. Tony wrote a guest column about this for Baseball Prospectus in 2014. Phone calls gave way to emails, which then gave way to texts.

Do you want to trade me Mike Trout (y/n/maybe)?

I lamented recently that there is a fantasy industry and not a fantasy community. But some of us are lucky enough to find a fantasy baseball league that transcends friendly competition and weaves into the fabric of our lives. This sounds stupid and hokey, but there are no other words that suit what happens when the tumblers click and you find a group of people who become some of the closest friends you’ve ever had.

A few years ago, one of our league members bought a trophy and engraved all the previous winners’ names on it. We pass that trophy to someone different every spring, and someone else’s name gets engraved on what has become an accounting of our mutual obsession. I value adding my name to that trophy after I win, but as I get older, I value the experience of playing in the league regardless of the result even more. Time fades into the distance, and the stories about how I won or lost mostly fade from memory. Instead, the experiences I have and the people I have gotten to know stick with me.

Tony and Keith were people worth knowing, and fantasy baseball is the conduit that made those relationships possible. I miss them both, but am glad this fun, amazing, stupid and sometimes exasperating hobby brought them into my life. The email exchanges we had over the years, the trade talks and rules discussions/disagreements were deleted from my inbox a long time ago, but I don’t need the receipts to comprehend the value Tony and Keith brought to my life.

You need to be logged in to comment. Login or Subscribe
Shaun P.
This was a fantastic article and point, Mike. I couldn't agree more on why I keep playing fantasy baseball after 20 years. And my condolences to you on the loss of Tony.
Reply to Shaun
Michael Bell
Mike, thank you so much for your insights and feelings. Excellent reminder re the importance of keeping all of this in perspective.
Reply to Michael
Sharky
Mike, thanks for sharing. What a touching tribute and thought-provoking piece. Kudos to you for taking time to smell the flowers as life rushes by.
Reply to Sharky