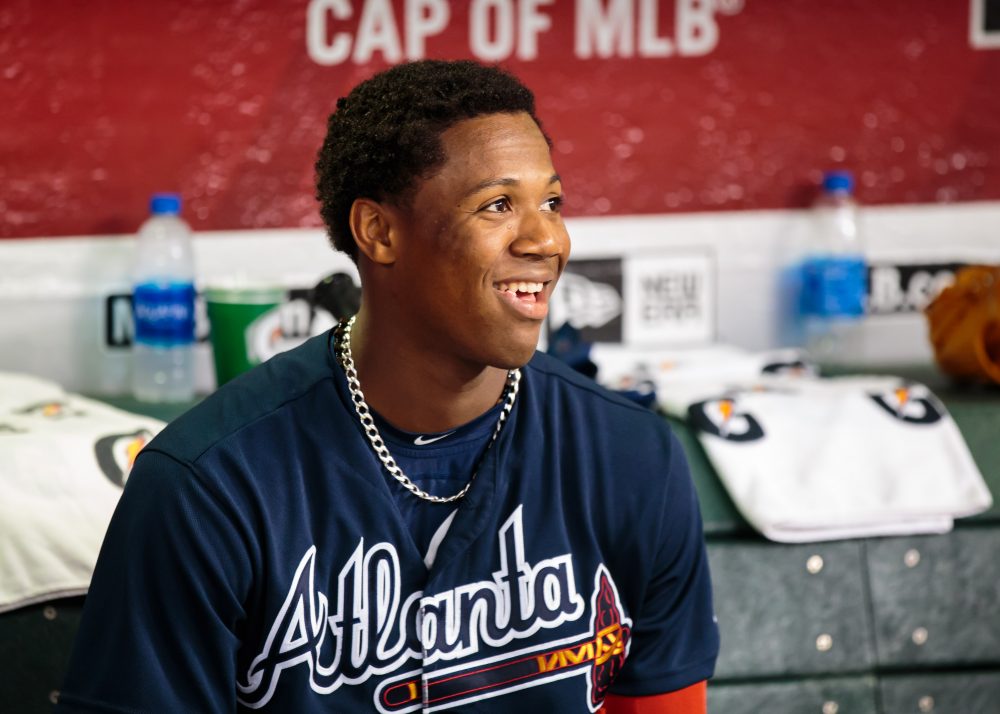 Every year when I start compiling my recaps, I begin the same way. I put together a player-by-player rundown of what I did and talk about each player. Almost every year, I decide I don’t like this type of article and start over. Unless you happen to be at the same exact place during your auction in terms of players purchased, money remaining and categorical imperatives (among other things), reading about my $24 buy of Ozzie Albies in the fifth round of the NL LABR auction isn’t going to do you any good. This year, I decided to talk much more about my process, and why I build my teams the way I do.

If you’re reading this article, you know I publish bid limits at Baseball Prospectus. What you may not know is I tweak these bid limits for every auction. For LABR this year, I tweaked using a rolling, three-year average of the auction prices from 2016-2018. I did this to reflect the realities of a league that mostly has the same participants and trends year over year. The biggest tweaks are reflected on the pitching side. LABR NL spends about $900 on pitching across the league, compared to my $960 bid total, and also skimps considerably on closers. My changes tried to accommodate for this.

Nearly every other expert would use this space to explain their category targets and how the players they bought helped them to meet or exceed those targets. I reject this method. Instead, I build bids to try and construct a team that will compete in all 10 categories, but I’m not afraid to throw a category overboard if the situation warrants doing so. For example, I didn’t buy saves. This wasn’t deliberate, and I had a handful of closers priced where I would buy one or two if their prices fell. But they didn’t, and I instead focused my efforts on starting pitching. If you look at the result in the “published bid” column, you’ll see I really like my staff. However, this is one area where the “adjusted bid” column is useful. Relative not only to LABR in 2019 but LABR during the 2016-2018 trendline, I certainly got bargains, but not nearly to the extent I would have in a league that spent more freely on pitching. This knowledge is helpful not only during the auction but during the season when it comes time to trade or allocate FAAB.

If I had stuck with my more rigorous pricing model, I would not have purchased Acuna and would have struggled to add any offensive players who cost more than $20. This is OK – and I’ve bought teams where this approach works – but 3-4 teams had a fair amount of money left at the end and a fair number of offensive holes to fill. Buying a strong infield and then filling in with some riskier outfielders after Renfroe isn’t how I would have devised a roster in a draft, but in an auction, there isn’t nearly as much time to adjust and think about what you want your team to look like after every round. I reached a point relatively early where I had $24 for eight players and had to make decisions on the fly. I could have spent $15-17 on a player in a few instances but wanted to distribute my remaining money on hitting and not keep pushing for pitching. In a non-expert league, I don’t mind going into dollar derby and hoping my competitors miss out on “obvious” buys. In an expert format, this approach almost never works. You need some money to state your preferences in the endgame. You can have a “perfect” bid distribution list and still must adjust to the realities of the auction.

This leads to a question I get almost every year, and something that came up during one of the get-togethers I was part of after the auction. “Why even bother with price lists? Why not just go into the auction and wing it using your vast knowledge of fantasy baseball?”

The bid limits are a guideline, a jumping off point and not a final say on what I have to pay for a player. However, the prices are useful in giving me an idea of how much value I’m accruing. This doesn’t mean I’m going to be right about every player I purchase, but if my projected bids say I have a $331 team, this means I’ve done well for myself. I know the season isn’t going to go the way I predicted and some of these players will deviate from my projections but if I’m $31 off, I still have a contender.

There are two reasons for this. Bids are almost always hard stops, but in rare cases you can and should feel free to change course. Superstars like Acuna are a good reason to deviate; I pushed Trea Turner and Acuna up significantly in LABR because there is very little speed in the NL and I wanted a steals anchor. I would have prefered Turner, but at $42, he sailed past my comfort zone. Acuna did not and as a result I grabbed him and his PECOTA projection of almost 30 steals.

Kershaw could pitch 150 great innings this year or he could pitch none. I seldom if ever push injured players to their bid limit and if I did, chances are good something went very wrong during my auction. The bid limits are a guideline. I apply knowledge in a general sense but also of my team and what’s going on at any given moment during the auction.

I also don’t want to build a $260 team. If I pushed every player to his par bid, I’d quickly run out of money. I would get bargains at the very end in dollar derby because everyone’s prices/projections are different but this is also why I don’t push players to par. My adjusted bid on Turner on Saturday was $40. Derek Van Riper of Rotowire got him for $42. As soon as the gavel sounds, those are two dollars of “value” that are floating around in the auction. This happens throughout the day; most players are pushed to my bid limit or above it because all 12 LABR experts don’t agree on what every player will do or in how to build a team. My goal is to try and get as many players at auction for at least $2 below my published price. This won’t always happen but it will happen for most players.

One argument against this method is I could buy an “imbalanced” team that is short in multiple categories. Indeed, the team I bought on Saturday doesn’t have a closer. While I wouldn’t want to buy an eight-category team in a 5×5 format, I have won without saves in two expert auctions/drafts and have come close on at least two other occasions. The value approach packs as many stats onto a team as possible and adjusting for LABR’s idiosyncratic skimping on pitching prevents me from fooling myself into believing my team is better than it is. My pitching is good, but it’s not as good as my published bids make it appear to be.

Returning to my team for a moment, my biggest concern revolves around the risk of Donaldson/Seager on the left side of my infield. Forty-one dollars is a lot of money to sink into two players recovering from injury and if one or both miss significant time, I’m almost definitely sunk. However, there is performance and injury risk in every player and this is already baked into my bids for everyone. If we knew with certainty Donaldson would earn $30, every expert would have bid at least $30. My price already has some missed time baked in for both players.

These articles typically end with a self-assessment and whether or not the author likes their team. The answer is almost always yes, because if you’re operating off your valuations, you should believe you have a strong team. My process isn’t about pretending I know what all 23 active and six reserve players on my team are going to do but rather about building a framework where I can succeed. A depressing, unspoken reality about these expert competitions is even when you’re at your absolute best, you probably only have about a 15-20 percent chance of winning in a 12-team league thanks to the ridiculously high skill level of your competition. I’m pleased with the way I followed my process and put my team together. I have no idea how I’ll do, and neither does anyone else in any of these expert competitions, if they’re being honest with themselves.

You need to be logged in to comment. Login or Subscribe
PHILIP ODONOGHUE
How did Lester, Matz, Wood unspool and what was your take as that was happening? Those hit me as the most surprising outcomes, virtually so much so that LABR's traditional use as a benchmark for home leagues feels iffier this year.
Reply to PHILIP
Mike Gianella
Lester came at the end of the ninth round, Matz at the beginning of the 11th and Wood four nominations after Matz. There was a part of me that thought about waiting for the next group of arms but there was so much money out there that I didn't want to get too cute.
Reply to Mike