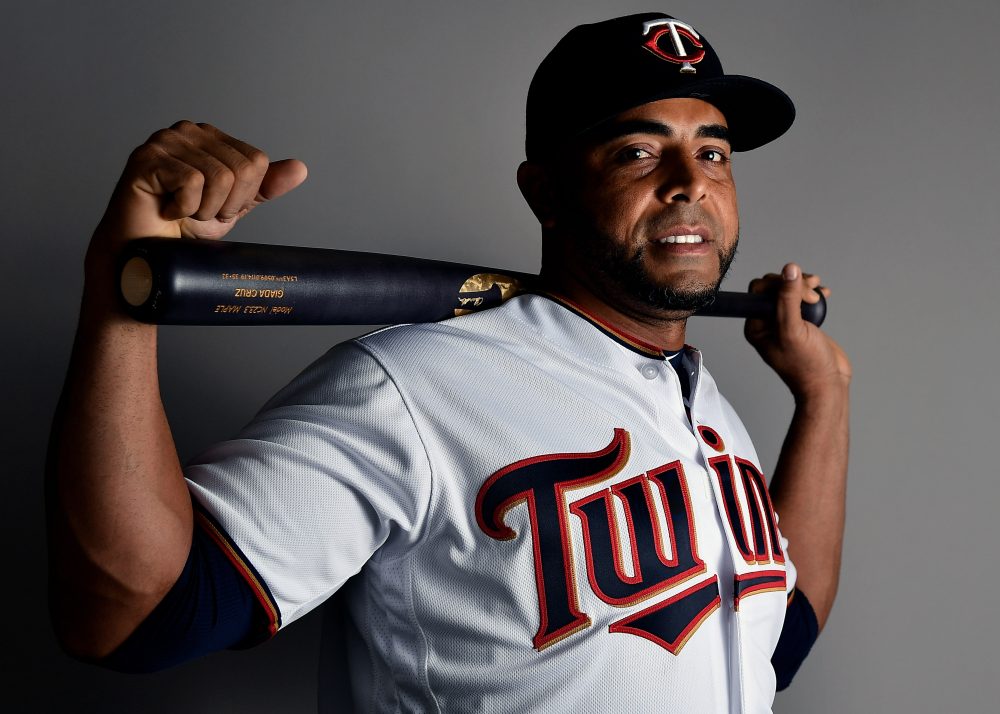 Hello, everyone. So good to see you again.

Last season, I dipped a toe into the Scoresheet waters, and you guys, it was so much fun. If you’re new to the column, Scoresheet is a simulated fantasy-esque game where…actually, why don’t I let them speak for themselves.

Leagues are sort of a cross between fantasy and simulating seasons on MLB: The Show, and it’s a combination that I never knew I needed. As a Scoresheet novice, I was broken in with a single-season, BL (AL & NL teams) league with 24 teams. It was super great, but after the season concluded, I kept hearing the same refrain—”You gotta play in a continuing league.” And because I’m nothing if not a man of the people, I obliged.

After scouring the list of available teams, attempting to find the most advantageous situation (and giving up relatively quickly), I landed on an AL-only roster in a 10-team league. Here’s where we started:

Per roster construction rules, each team keeps 13 players. If one of your guys switches leagues midseason, or in free agency, they’re considered a crossover, of which you are allowed two. You’re allowed unlimited minor leaguers, but their keeper slots will eat into the back end of your draft pick stash.

The newly christened Cleveland Spiders were the picture of mediocrity last season. The squad went 79-83 with a team line of .241/.309/.394 which sat smack dab in the middle of the pack. It was an “ok” offense, but it was a little like a thirsty midwesterner, in that it was devoid of pop. The pitching, however, was pretty solid. A 3.74 team ERA was good for third in the league, with 1,468 punchouts and a 1.29 WHIP checking in at fourth and second, respectively.

With a handful of studs and a bunch of useful, if not star-level dudes, there was definitely some work to be done with the roster. Learning from some of the mistakes I made last year, I had a few clear goals heading into the offseason:

2. Upgrade the OF: I love Hicks as much as the next guy, but when he’s your OF1, it’s probably time to upgrade. And since Scoresheet is the ultimate simulation, defense matters. If the guys patrolling the outfield aren’t going to hit, they should at least not be minus defenders.

3. Acquire extra picks: The best bites at the apple are, uh, more bites of the apple. Depth is huge in Scoresheet leagues, and I wanted to make a concerted effort to grab lots of pitchers and guys with defensive positional flexibility. I know that’s probably what everyone says, but still…

•Traded Tim Anderson for Kevin Kiermaier and a 30th round pick

•Traded Rich Hill for a 22nd round pick

•Traded Max Kepler for a 26th round pick

To address the lack of a true middle-of-the-order presence in the Spiders lineup, I was hoping to package a few guys for a “whole is greater than the sum of its parts” type deal. Talks resulted in parting with Mallex Smith and Dylan Bundy to get Nelson Cruz and a 21st-round pick (draft starts in round 14). I’m a big fan of Smith in roto. He could easily lead the AL in steals this season, but it’s less important to chase speed here. And while I think Bundy will be better than he was in 2018 (he still got a ton of whiffs, he just also gave up a ton of dingers), getting Cruz, even in a DH-only role, was just too good to pass up.

Next on the list, I wanted to break up the glut of middle infielders on my roster (which is counter to one of my goals, but you can really only play so many shortstops at a time). I actually really like Tim Anderson, and will definitely target him in roto (pretty easy 20/20 guy), but of my potential keepers at the six, he was likely the odd man out. In moving Anderson, I picked up Kevin Kiermaier and an extra 30th-round pick. Kiermaier was a disaster last year, but he was still one of the best outfielders in the game defensively, per FRAA, and makes outfield depth a less glaring weakness heading into the draft.

Unfortunately, I still had a handful of guys who I felt were good enough to keep, but just didn’t have the space. I unloaded Rich Hill for a 22nd-round pick and Max Kepler for a 26th rounder, both guys I like, but I was starting to feel a bit of a roster crunch, so they were shipped out for more swings at the piñata (probably not an expression, but you get it). There were multiple offers on the table for Bauer and Carrasco, but per SSSIM (BP’s awesome Scoresheet Draft Aid), the hurlers were two of the 13 best starters, so it was important for me to get blown away in order to deal either of them.

My final roster decisions came down to Betances, Treinen, Heaney and Perez. I’ve never been the biggest Sal Perez guy, but his SSSIM was by far the highest of the group, and AL catcher is pretty garbage, so I thought I’d hang on to him. I didn’t really want to keep two relievers (and I probably shouldn’t have even kept one), but having a bullpen anchor seemed like a good idea at the time. Saves don’t matter, so I leaned Betances. I’m hoping to scoop Heaney back up in the draft as he’s one of my deep-league targets in all formats (don’t read that part if you know anyone in this league).

Final Roster Before the Draft

You need to be logged in to comment. Login or Subscribe
Craig Miller
We've got an available team in our NL only Scoresheet continuing league. :) NL-162

You really need the full experience. :)

Great summary. Enjoyed the article. Good luck and play ball!
Reply to Craig
Erik Teller
Ten-Team AL/NL-Only Leagues are just like the ESPN/Yahoo! All-Star Leagues. They're for the Casual Fan. Not to mention, bragging about getting a "full experience" from a P-League? LMFAO
Reply to Erik
Craig Miller
Weird flex bro
Reply to Craig
Craig Miller
Not sure where you got 'bragging' from...I guess my attempt to show some humor in an attempt to get our writer to play in my league fell flat. Good luck in the upcoming season!
Reply to Craig
Mark Barry
Thanks! Ha, maybe that's the next frontier in this space. Baby steps!
Reply to Mark
Ronald Szypajlo
Personally, I think saving 7 prospects is too many. I would have opted for 3 or 4. DISCLOSURE: I didn't check out the names that I didn't know a lot about. But IMO your shorting your team, probably at back-up SP or RP. You'll need when the injuries strike.
Reply to Ronald
Mark Barry
Yeah, looking at who was left unprotected, you're probably right. I don't think I needed to protect everyone.
Reply to Mark
Byron Hauck
Did you make all those trades before the keeper deadline, so you're ending up with 39 players after the 35th round? I hate losing roster spots in trades, and you found four people out of nine willing to!
Reply to Byron
John Mayne
Goodness, those are good trades. The Kepler deal is OK, but the others:

1. Nothing for Nelson Cruz. I have Mallex Smith and Nelson Cruz, and Mallex is protectable (just not by me.) Cruz has an expiration date, but is great. In a mature 10-team AL, Mallex and Bundy are worthless pre-protects.

That's not a lot of trades, but those are massively profitable. Also, thanks for shilling for Scoresheet - I started in 2001 on a fluke, and it's just much much much much more fun than any other fantasy product. The list of SS'ers and ex-SS'ers is impressive, too - Nate Silver, a former GM, a current high-level MLB management type, a candidate for state attorney general... it attracts a good group. But you can also find a league with less vicious types. It's been a fantastic experience for me.
Reply to John
Mark Barry
It's really, really fun. I'm looking forward to the season and already feel super overwhelmed with the drafting...
Reply to Mark
Robert McWilliams
Andddd.... Sal Perez gets hurt. Welcome to Scoresheet continuing leagues! Without a doubt, I am thrilled that I stumbled upon Scoresheet quite a few years ago, and ended up in two AL and two NL leagues. For the enjoyment I get, it was well worth it. And lots of same folks in my leagues over the years--and mostly very smart people. So a challenge, but a fun one. For first and I am pretty sure last time, won championships in two of my four leagues last year. But I've gone from a hero to a bum plenty of times over the years!
Reply to Robert
David Irvin
Scoresheet is the best ! ERA for pitchers & OBP for hitters are VERY important stats in SS.
If you haven't done this already, pick up the phone, (no cell please) , call the SS office and " shoot the Sh_t " with Jeff Barton , worth the time and effort.
Reply to David