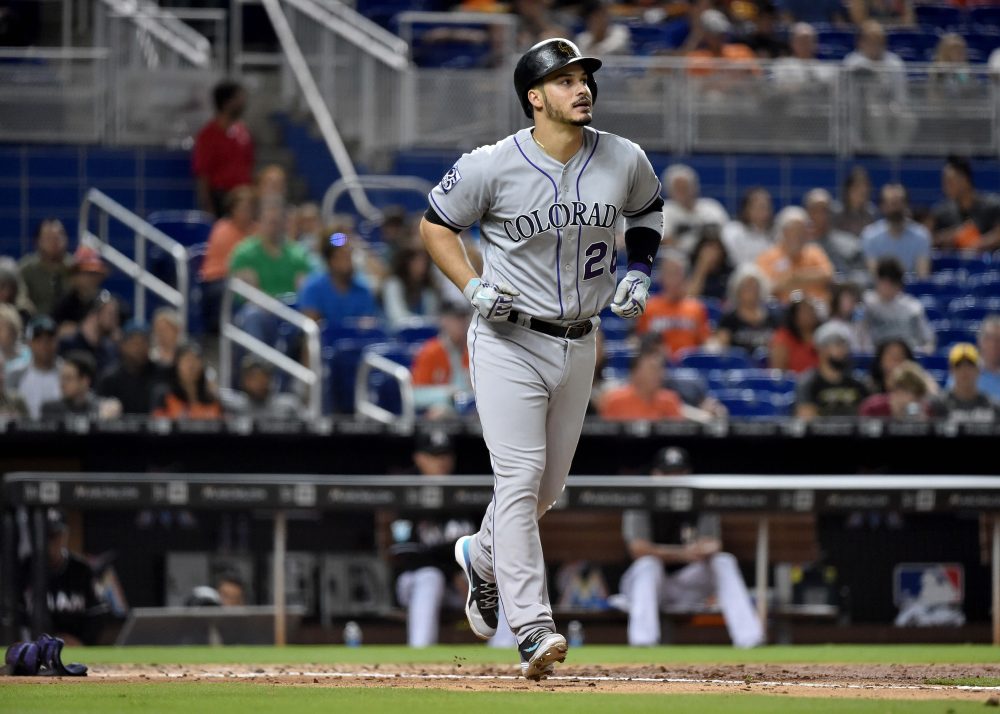 I’ve been participating in Mixed Auction Tout Wars since 2012. I’ve played in several NFBC leagues in recent years. But this past Tuesday night was a first. My first year in Mixed LABR would also be my first true industry non-auction draft. And I learned quite a bit from the experience. The biggest takeaway was that even though the auction is perceived as being geared towards more advanced players, as auctions tend to require more preparation time than standard snake drafts, at the highest level, snake drafts might actually be more challenging. In auctions, if you’re willing to spend the most money on a certain player, you’re going to get him. If you overpay by too much, you might end up regretting the buy, but the bottom line is that you have total control, at least when it comes to the core of your roster. That’s obviously not the case in snake drafts.

Knowing ahead of time that I’d be drafting out of the #5 slot, I mapped out a general plan of which players and/or positions I’d be targeting in each of the first seven or eight rounds, with contingency plans in mind. My first two picks went as scripted, but when Starling Marte was taken two picks before my turn in the third round and Lorenzo Cain went off the board one pick before my turn in the fourth round, the best laid plans were no longer a reality. I think I did a decent job of adjusting, but it was frustrating nonetheless. I was able to secure several of my targets, but there are also some players on my squad (most notably Ender Inciarte and Shin-Soo Choo) who I drafted purely from a category and/or position need standpoint. They could turn out to be quality choices, but I’m just not all that excited about them. Here’s a round-by-round recap with accompanying commentary. Keep in mind that Mixed LABR is a 15-team, standard 5×5 Roto league with 23 starters and six bench spots.

My Mixed LABR Draft (by round)

All in all, I like this team but don’t love it. My strength is clearly in the infield and the bullpen while the outfield is in need of another legitimate top-30 option and the starting pitching is high-risk/high-reward. I’m glad that this is a trading league because an infielder-for-outfielder swap might be necessary. From a category standpoint, the power is strong and the batting average should at least be middle of the pack. Steals are my biggest weakness on the hitting side but if either Fowler or Margot can swipe 20 bags, I could be competitive.

But ultimately, while it can be fun to closely evaluate your newly-crafted fantasy roster and stack it up against the rosters of your league mates, this isn’t really a meaningful exercise, especially when your draft is in mid-February. Still, it’s only natural to partake in this “meaningless” exercise. So, all of us in Mixed LABR will now have six weeks to stare at our rosters, knowing that we can’t do anything to change them. This is going to be tough.

Special thanks to Steve Gardner for the league invite. To view the complete draft results, CLICK HERE

You need to be logged in to comment. Login or Subscribe
Robert Thompson
I had the same analysis on the Infield for Outfield swap. I think I'm learning that of is not deep like I always think it is.
Reply to Robert
Zach Steinhorn
Yup. I didn't consciously wait on outfield. It just turned out that way. But definitely don't hesitate to draft two even in the first three or four rounds.
Reply to Zach