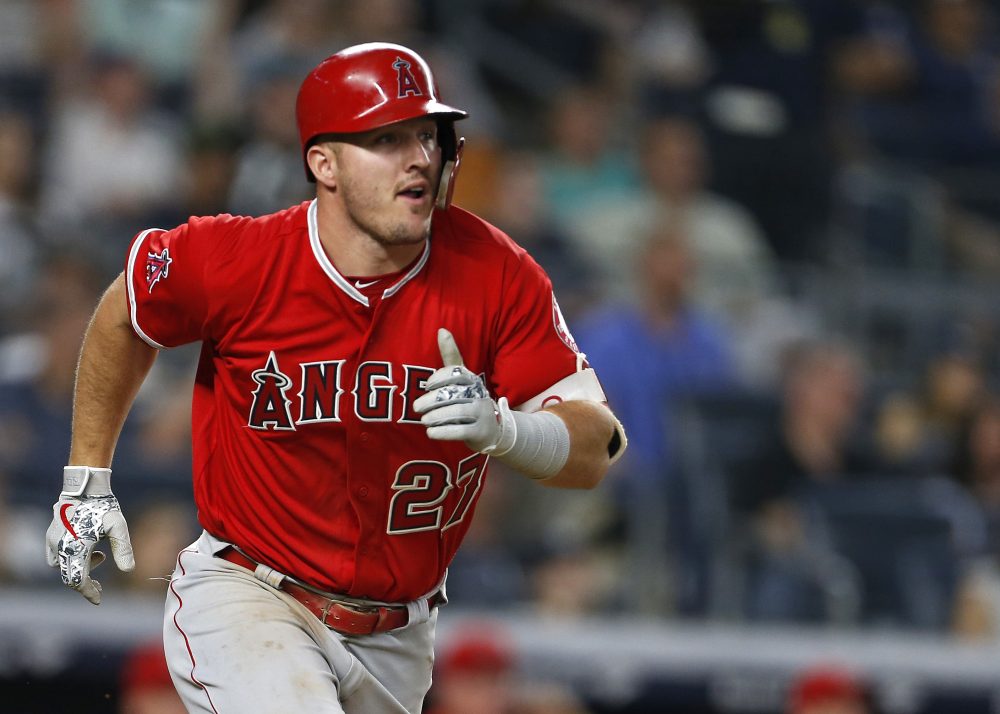 This coming Monday is the day you’ve been waiting for ever since the Boston Red Sox recorded the last out of the 2018 World Series. That’s right, it’s time to start gearing up for fantasy baseball or, if you’re anything like me, ramping up your existing preparations tenfold. Baseball Prospectus has been spending all winter preparing our 2019 fantasy coverage. As we almost always do, we’re bringing back all our articles from last year and offering additional content to prepare you for your leagues. Whether you play in one 10-team mixed league or in double-digit leagues with multiple formats you can no longer keep track of, BP has got you covered.

We’re excited to be bringing back 11 of the editors, writers and/or contributors that were in the fold in 2018 and even more excited to announce the addition of Rob Silver to the BP fantasy team. Rob is the 2016 National Fantasy Baseball Championships (NFBC) Main Event overall Champion and the co-host of the Launch Angle Podcast. He has never fully recovered from the 1994 Expos shortened season.

We’re also pleased to announce the return of J.P. Breen, who wrote for BP’s fantasy team from 2014-2016. Prior to that, J.P. covered fantasy baseball for FanGraphs. He currently co-hosts Milwaukee’s Tailgate, a Brewers podcast, and has run several Brewers websites over the past decade. You might also remember J.P. as the guy who broke the Zack Greinke trade but then again you might not because ESPN spelled his name wrong.

Starting on Monday, January 7, here are the articles that you will see for every position, starting with catcher:

State of the Position
Every Monday, Jon Hegglund will provide a positional overview that lets our readers know what trends will impact their drafts, both in redraft and keeper leagues. This is our leadoff hitter, the article that sets the table for the rest of the week.

Early ADP Analysis
Rob Silver will investigate early ADP trends and examine players who are being drafted either far too early or far too late. The NFBC drafts offer a useful framework for draft preparation, but an expert second opinion can go a long way in helping you construct your team.

Positional Rankings
Here is the juicy, delicious meat of our coverage: our position-by-position rankings that are presented in three separate articles. Every Tuesday, I will compile our 2019 tiered rankings using the same one-star to five-star ranking system you all know and love. These lists are primarily for redraft leagues. On Wednesdays, Kevin Jebens will compile our three-year positional rankings, which are designed to help fantasy managers in medium-term keeper leagues. Finally, Bret Sayre will be releasing his full positional dynasty rankings every Thursday. While each of these positional rankings will be compiled by one author, there will be staff input across the board on every single list.

The Adjuster
“Your positional rankings are amazing. But I’m in an OBP league that uses quality starts. What about me?”, I can hear some of you saying lovingly inside of my head. Never fear. The Adjuster returns with plenty of in-depth analysis on what to do if you play in an alternate format. Mark Barry will examine where “standard” 5×5 valuations differ in other styles of play. Whether it’s on-base percentage, holds or points leagues, Mark has the lowdown.

Tale of the Tape
Half of this series will focus on players in non-keeper leagues while the other half will be devoted to dynasty leagues. Categorical strengths and weaknesses, health risk, team strength and other factors will be reviewed in each Tale of the Tape article.

NEW FOR 2019 – The 10/90 Scale
Darius Austin takes a deep dive into player projections, with a look at a specific player’s high and low-end PECOTA projected outcomes and a detailed review of how likely these projections are to happen from a statistical as well as a scouting perspective.

Ocean’s Floor
If Bret’s exhaustive dynasty rankings aren’t enough for you, fear not. Every week, Wilson Karaman dives even deeper, providing a review of “honorable mentions” at each position to make sure you don’t miss out. This is where you’ll find the true “sleepers” who will help you in the deepest of leagues.

The -Only Landscape
For masochists who play in AL or NL-only leagues, we’ve got you covered as well. Zach Steinhorn will examine the NL while I look at the AL, taking a deep dive into trends, auction strategy and tactics, and players who you should or shouldn’t add to your rosters.

Players to Target/Avoid
Here is where everyone on our staff gets to make their case about a player at each position every week to give our readers a comprehensive list of players we do or don’t believe in this upcoming season. As in the past, our writers will rotate between target and avoid pieces. These articles primarily focus on where players are going in drafts and whether they’re worth targeting or aren’t worth the trouble.

Breaker of Chains
This well-received series returns for a second season, with analysis dedicated to players who had sharp jumps or declines in 2018 performance, examining why the changes happened and whether they are likely to hold.

Welcome to Splitsville
For leagues with deep benches and/or liberal lineup rules, knowing how to manage your lineup and awareness of player splits is vital. This series examines these splits and offers instruction on how to optimize your lineups and pickups, both during your draft and in-season.

Prospect Profiles
In addition to all the articles listed above, we will be running at least one fantasy profile a week on interesting prospects at the position who have not been covered in depth within our other content.

If this smorgasbord of articles isn’t enough, our fantasy podcast will keep you informed and entertained throughout the spring. On Flags Fly Forever, you can listen to me and Zach Steinhorn discuss our positional rankings and delve into deeper discussions about our differences of opinion.

But wait, there’s even more! Bret’s Top 50 list for dynasty drafts kicked off the festivities yesterday. Those of you who love player lists will be able to avail yourselves not only of our position-by-position rankings but our Top 300 overall, the Dynasty 101, and my bid limits for AL-only, NL-only, and 15-team mixed league auctions.

Finally, it wouldn’t be Baseball Prospectus without a series of online chats to keep you informed and amused as we gear up for 2019. Throughout the winter, we will feature chats with one of our fantasy writers once a week, from January right up until Draft Day. If you miss us there, you can find almost all of us on Twitter, where we’ll try to answer as many questions as we can…and may even hold an informal chat or two. Of course, if there’s a question you just can’t wait to get answered, our Bat Signal is always there for your most pressing questions. Our fantasy answering service is like nothing else offered in the industry. You ask the question, we generally answer it within 12-24 hours and the answer is confidential, away from the prying eyes of your opponents.

Our march to Draft Day starts Monday. Every year, I’m excited to work with the best team of writers and analysts in the industry. Every year, I’m thrilled that our coverage continues to rise to yet another level of excellence. I look forward to reading our top-notch coverage as much as you do, and I can’t wait to see what 2019 has in store for what should be yet another amazing year from the fantasy team here at Baseball Prospectus.