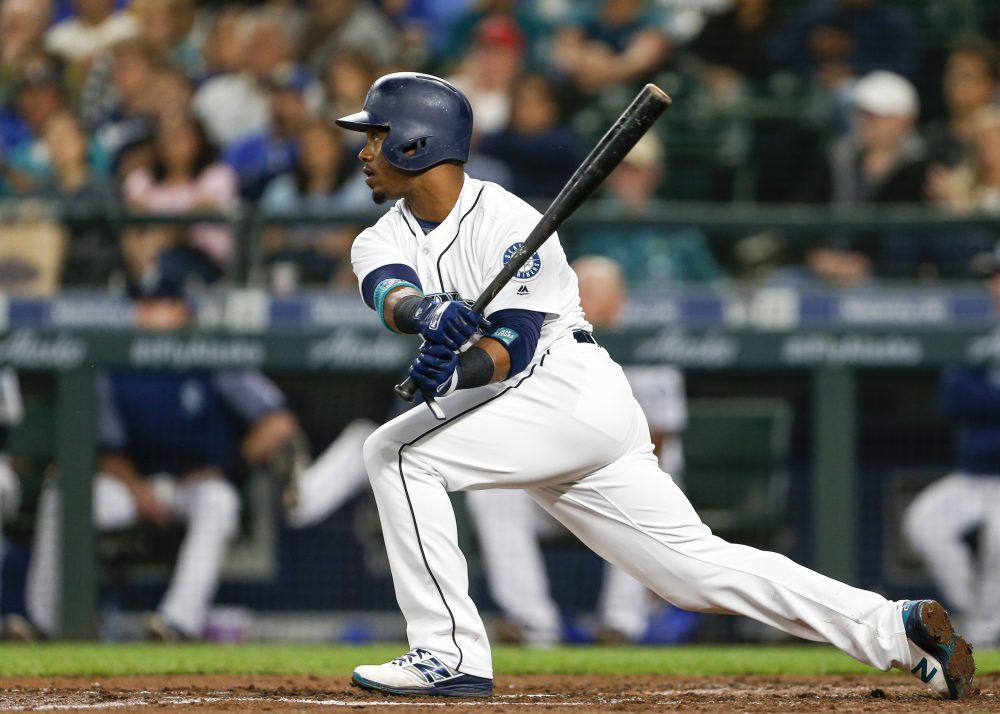 Yesterday was an exciting day at Baseball Prospectus, as the stats team unveiled their new Deserved Runs Created Plus (DRC+) metric. I’m not going to regurgitate the excellent words Jonathan Judge and Bryan Grosnick wrote; you can (and should) read their findings, analysis and explanations here, here and here. Rather, I’m going to explain how you should – and shouldn’t – apply this new metric to fantasy baseball.

When fantasy baseball was invented in 1980 as Rotisserie Baseball, public metrics were scant. Before he was a Twitter sensation, a then 31-year-old Bill James was publishing his eponymous Baseball Abstract, but it was hardly a household publication. TCP/IP was three years away from being adopted by ARPANET, which is a fancy way of saying the Internet didn’t exist. Your best bet for year-to-date stats involved buying something called a “newspaper” on Sundays. The reason Rotisserie baseball started as “4×4” is because pitcher strikeouts weren’t regularly part of these published statistics!

Thirty-eight years later, fantasy players use an alphabet soup of advanced metrics to try and separate the noise of fantasy statistics from how good a player is in reality. TAv, OPS+, wOBA and wRC+ are all part of a jumbled lexicon of acronyms, and a shorthand that attempts to inform us that while Joe Shlabotnick may have had a great year in fantasy, he’s not as good as we think.

Somewhere along the way, many fantasy players and even fantasy experts lost sight of the fact that while these metrics are imperfect albeit useful measuring tools for fantasy baseball, they weren’t designed for fantasy baseball. This is as it should be, but too frequently once an acronym enters our collective consciousness, it erroneously becomes a catch-all that dulls the blade, making the tool difficult if not impossible to use.

Let’s start with what DRC+ is, and why it’s such a big upgrade for fantasy players.

1) It’s the best descriptive AND predictive stat out there.

“How good is Jean Segura, really?” Regardless of what format you’re playing – Roto, points, head-to-head – this is what you’re attempting to solve for, not merely for Segura but for everyone in your player pool. We know metric-driven stats aren’t going to tell us how many runs Segura will drive in or what his batting average will be, but we do know that DRC+ will give us a truer idea of how good he is.

When you use a metric to attempt to convey how good a player is, you want the strongest correlation possible. DRC+ hits the landing, coming much closer than TAv, wRC+ or OPS+ to accurately describing how good a hitter is, both descriptively and predictively. However, while this is good to know, by itself this doesn’t make DRC+ demonstrably better for fantasy. It’s the following point that makes it not merely an interesting conversation piece, but something that I consider essential.

My most significant challenge when I’m attempting to place a draft ranking or bid limit on a hitter is how to adjust for when a player’s team and ballpark change. I know D.J. LeMahieu is going to slip when he lands in a non-Coors Field home this winter. What I struggle with is figuring out how to value him appropriately.

To say DRC+ is a big leap forward to solving this problem is a grand understatement.

This was the chart and data in Judge’s initial rollout that had me jumping up and down with excitement and shrieking like a titmouse (I’m a super fun person to live with). I always had a suspicion we were doing a poor job of accounting for team-to-team or park-to-park switches. It’s nice to have data that backs up my supposition.

DRC+ has an obvious, immediate benefit when I’m looking for shorthand when a player changes teams. However, there’s another less obvious benefit, and it comes in a climate where everything is changing, sometimes so quickly that it’s difficult to keep track. Team changes play a large role in performance variance, but so does the altered baseball, ballpark dimensions and level of competition (cough, tanking, cough). wOBA and wRC+ would look at a potential move from Coors Field to Comerica Park and weigh this extremely heavily. DRC+ factors in the downgrade in park effects but also considers the (mostly) weaker competition in the AL Central, the framing abilities of the catchers for LeMahieu’s opponents, and even the differences in weather! These are the kind of details we were always attempting to solve for with other advanced metrics. With DRC+, now we don’t have to.

3) DRC+ is better than xwOBA as a predictive tool.

If you’re a regular reader at Baseball Prospectus, you’re well versed on why xwOBA is problematic as a predictive tool, to say the least, and why we should be wary of using it this way. This hasn’t stopped many in the fantasy community from doing so. Despite the warnings from Judge, Sean O’Rourke and others at BP about how useless xwOBA is, analysts have not only soldiered on, but have behaved as if Judge’s research on the topic doesn’t exist.

Some of the reluctance to take the warnings about xwOBA at face value probably were because BP didn’t have a competing predictive metric of its own as a counterweight to xwOBA. “It’s easy to stand on the sidelines and criticize something for failing at what it is supposed to do,” some might say. “What’s your solution?”

That solution is here.

I knew Statcast’s xwOBA measure, while entertaining to look at, wasn’t a particularly useful predictive tool. I’m shocked by how much better DRC+ is at telling us how good a player is going to be going forward. Statcast has the advantage of superior inputs yet the metric that was devised from these inputs as a predictive tool doesn’t come close to DRC+. If you take nothing else away from this article, please, please, please stop using xwOBA as a predictive stat. Like any metric, DRC+ should be part of a conversation and not the final word, but if you must use a metric as a predictive catch-all, DRC+, and not xwOBA, is what you should be using.

All this is great, and you should rightfully be excited about this rollout. However, I’d be remiss if I didn’t provide a few caveats that come with applying a non-fantasy metric to fantasy baseball.

This Isn’t a Fantasy-only Tool

While DRC+ is buffeted with far more contextual information than previous metrics and tools, know that you still need to apply the knowledge of your league format and rules to these values. Thanks to DRC+, I anticipate our PECOTA projections, and, by extension, the PFM will be better than ever. This doesn’t mean you should simply take what’s in the PFM and call it a day. Our fantasy staff will do what we’ve always done: take what’s in the PFM and make sure that it has fantasy-world applications.

The ”scouts versus saber” argument is a canard, and particularly on these pages; the Baseball Prospectus community is populated by both data scientists and scouts who have mutual respect and admiration for each other. However, the predictive power of DRC+ cannot instantly calculate the impact of a new pitch, a change in batting stance or an injury on a player’s value. If you’re just looking at DRC+ and casting aside all other pertinent data, you’re doing it wrong.

I alluded to this above, but it’s important enough to emphasize yet again. Remember that even the best predictive tools have error bars. This seems obvious, yet there are people whose life work seems to be the overestimation of the value of predictive modeling. The strength of DRC+ immediately makes it an essential metric for my fantasy prep. It’s going to get some things wrong, as every predictive tool in the past has ever done. Don’t be frustrated if and when this happens and/or run completely away from using DRC+ as a result.

As always, be careful when using DRC+ (or any metric) when you’re frustrated by your fantasy team’s slow start in April. Cutting bait on Cody Bellinger in April because his DRC+ is at a career-low after 20 games is a losing strategy. DRC+ is an extremely useful metric. It doesn’t change the fundamental rules about valid sample sizes and their application.

This article serves as a general introduction to DRC+ and fantasy baseball. Later this week, Mark Barry and Jon Hegglund will dive even deeper into DRC+ and look at more specific uses for player-driven analysis. Our expanded, intensive fantasy-centric coverage begins in January, and this coverage will interweave DRC+ into our content and provide additional analysis about real world (well, fantasy world) applications. The unveiling of DRC+ is a giant step forward, but it is just that: a first step. We’re excited about DRC+ as a robust, complimentary tool for fantasy baseball and can’t wait to provide our readers with the top shelf content and analysis they’ve come to expect with the added advantage of the best descriptive and predictive metric we’ve rolled out to date.

You need to be logged in to comment. Login or Subscribe
Michael Bell
Excellent, excellent insights and observations - thank you very much Mike! Also, we greatly appreciate the power of the new metric and the time/brainpower that went into creating it. Thank you BBP Team!
Reply to Michael
Daniel Gendell
What is the formula for DRC+? Is it available for public use?
Reply to Daniel