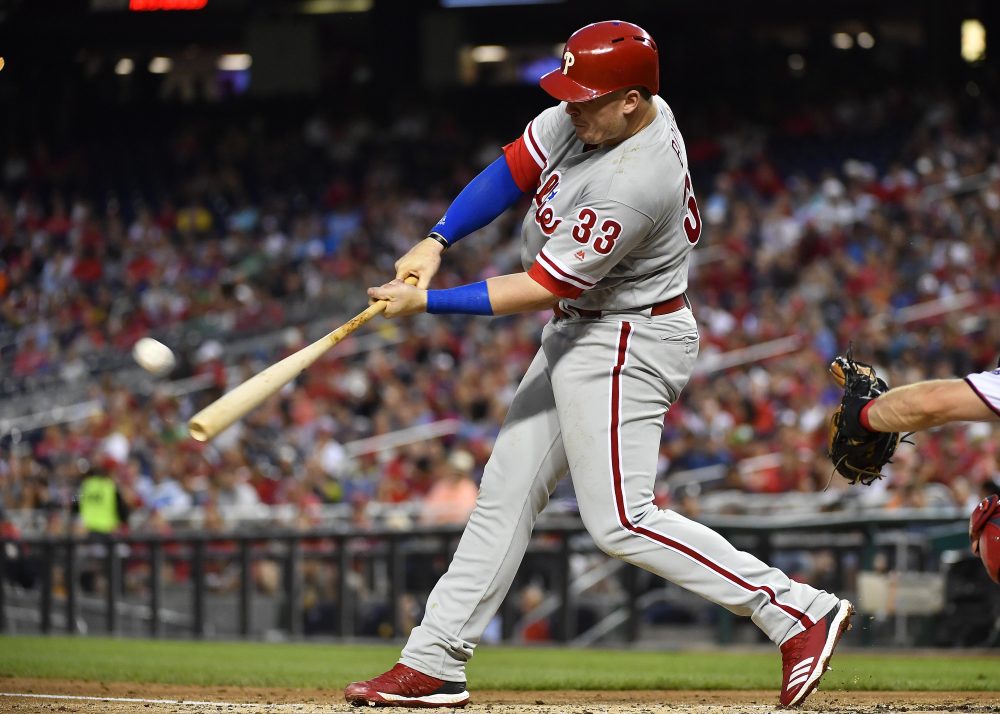 It has been 24 weeks and I miss you terribly. But this grueling ordeal is nearly over, and I take comfort in the fact that I will see you soon. Thankfully, this campaign is being waged mostly during the summer months, although of late the rains have soaked me to the bone, my tent providing little if any relief from the torrential downpours that have fallen on this fair land. Soft grass that was a comfort to me earlier in the spring has become a harsh tormentor, making my skin itch, permeating my clothes, turning my skin green. I know these battles I wage may not seem worth it to you but trust me when I tell you there is light at the end of the tunnel. I look forward to the day when I can drink you in again with my eyes, and this awful fight has reached its bloody end.

What the hell are you doing in the backyard? I thought maybe the kids were out there with you, which made sense because it looks like Elise’s tent is set up, but no, instead it’s a grown ass man camped out by himself. Does this have anything to do with your fantasy teams? Look, I know we were making some noise while “daddy was trying to set his lineups”, but that’s no reason to literally set up camp in the backyard and pretend you’re a minor character in a Ken Burns documentary. You’re scaring the kids, and while I’d like to say you’re scaring me, I knew what I was getting into 15 years ago when you kept muttering “not now Martha, Soriano’s on deck!” At this point, I don’t really care if you come back inside or not but can you at least go to the library? The neighbors are starting to ask questions.

Also, my name is Colleen.

You will be pleased and excited to know that after days of uncertainty, our forces are amassing, and we are on the verge of achieving great victories in New York and Atlanta. It has been a trying year, I know, but after a dark period in July where it looked like arms would be forever in short supply, we now have enough armaments to vanquish our enemies where they stand, no matter how much lumber they have on hand. I look forward to the battle this weekend, when we will charge forward with 23 of the bravest souls I have ever had the pleasure of serving with in this contest of the wills.

Your Comrade in Arms, Mike

I had been wondering why your performance at work had been suffering lately, but it’s clear that your obsession with fantasy baseball is the reason. This is the sixth letter like this I have received over the past four months. It was amusing at first, but I think you and I are going to need to have a conversation with human resources about all of this. I thought you were traveling to Atlanta in September for a business trip. I didn’t realize you were going to “scout the Braves” and “see if there were any ‘gems in their bullpen’.” I love fantasy baseball too and will admit to sneaking a peek at the box scores during business hours but your 40-minute call to the New York Mets front office to find out why they aren’t calling up Peter Alonso was too much, and disruptive to other members of the staff. I also wonder if you were even on the phone with the Mets, as I could hear the hold music from the local Toyota dealership blaring through your headpiece.

I hope this missive finds you and yours well.

Although I recognize this is an extraordinary and potentially extralegal request, I am requesting you grant a waiver for reinforcements for me in time for this weekend. I am shorthanded and desperate to ensure that we are not a person or two short or lacking in resources as we head into competition with the illustrious Howard Bender and his Fantasy Alarm. Although I recognize you have not dispensed a waiver like this in the past, I am out of funds and my reserves are depleted, as they are either injured or unable to return to action because of something called “service time.” I beseech you, Mr. President, please grant my request, so that we can have the highest level of competition on the field of battle and so no one will ever question your efforts as President of this great nation of ours. While you cannot guarantee a victorious outcome, you can at least ensure the battle was fought nobly with as many able-bodied personnel as could be found.

First, stop calling me “Mr. President.” It’s weird and creepy. While I am the commissioner of LABR, you don’t need to call me that. Steve is fine. More importantly, you know the rules. LABR runs weekly transactions and you spent all your free agent budget in August. I’m sorry that you’re stuck with Gio Gonzalez, but you should have cut him weeks ago. Please stop e-mailing and messaging me about this on Twitter. Also, your wife said to use bug spray if you’re staying in the backyard.

To my bitter adversary,

I shouldn’t be writing you at all, but I wanted to let you know that your twice weekly radio broadcasts declaring this race “was over” and “victory was decided after two weeks” have inspired me throughout this arduous summer. I played back the recording of your voice saying “LABR was settled” repeatedly, drawing inspiration from your cold words, knowing if I only believed I had a chance at victory. Sure enough, while I might not achieve the goal of a LABR crown, I am a mere two points out of first place as I pen these words, a handful of hits and victories away from the ultimate achievement. Your cruel statement did sting, dear sir, but know they also inspired me, and listening to your mocking tones has been the inspiration that might indeed put me over the top in this contest.

What are you doing at my house? Get out of here! Get off my property and out of my hammock.

To whom it may concern,

I know not where to turn for this advice, as there are enemy spies all around me, hoping to sabotage my efforts at every turn. I see you donning a uniform and they are not enemy colors, so I believe I can trust you not to confide in my enemies. I am torn between the certainty of plate appearances from a mediocre first baseman and playing it safe by replacing him with someone who is out for the season. If I start Justin Bour, I run the risk of losing batting average, but I could lose runs scored if I do not get everything I can from the first baseman from Philadelphia, that City of Brotherly Love and delicious cheesesteaks. More importantly, while I could drop Bour and save batting average, I wonder if this is the noble thing to do. Cowardice is in the heart of all and if I do not start Bour, will my win be tainted? Will I forever look back on a victory in which I took the callow way out instead of using everyone at my disposal? Will I feel cheap? Will I look back at this victory on my deathbed as an ultimately hollow achievement, something my friends and family will mock me about behind my back long after I have passed from this mortal coil?

Yours in confidence, Mike Gianella

This is a Wawa.

But, yes, you should drop Bour from your active roster. You need steals, and Bour doesn’t run.