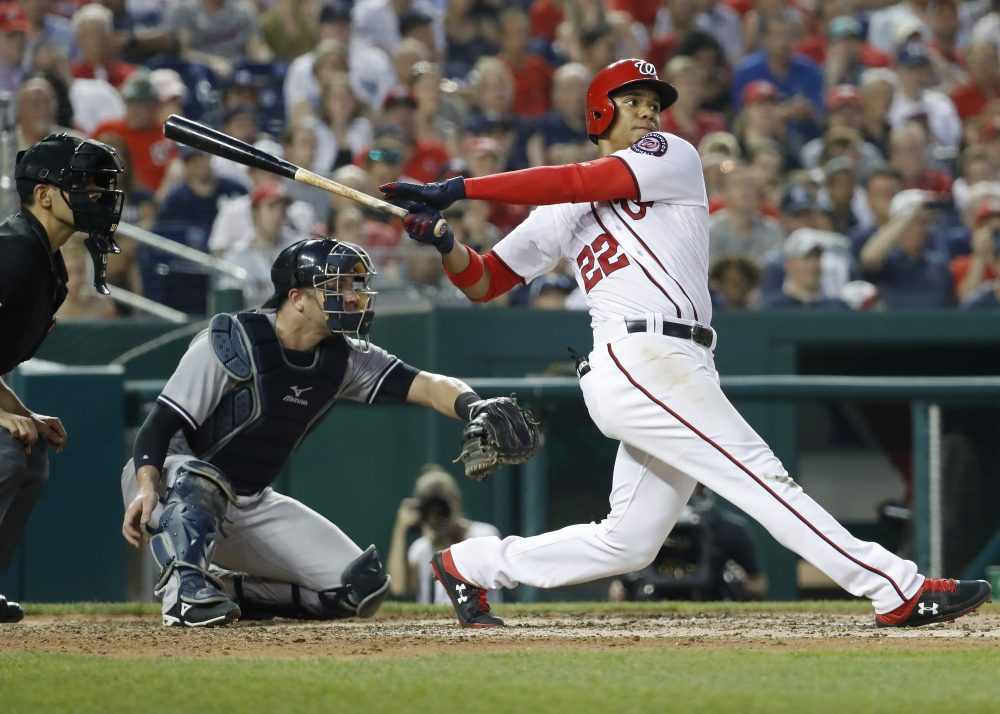 It’s summertime, and we’ve already had our fair share of Marvel movies this year, with more on the way. Because there are always more. Someday the Marvel movie releases will surpass the number of baseball games in a season. Until that day, here are some of the players who best embody Marvel blockbusters.

He’s definitely long in the tooth now, the old veteran. And you’re not really sure how much longer he’ll be around. But you can look back at his body of work, and you’ve gotta remember he was the first superstar. Okay, yes, other fantasy studs appeared before Pujols, just like other Marvel projects appeared before Iron Man. But in the current fantasy baseball/cinematic universe, you can point to him as the original guy who went #1 overall.

It’s as if he’s burst onto the scene with all this experience and a backstory, fully formed. He doesn’t need all that extra time spent on an origin movie (working his way through years in the minors). Even though he’s a teenager, he’s ready now, and he’s already taken off as a star. Expect many more great things from him in the future.

You were kind of excited about him, but you weren’t positive he was going to be as successful as other options. It turns out the magic has dazzled the fans, and he’s a force that’s here to stay. Great with a crew of heroes or alone, by his next go-round he won’t be the underdog any longer.

This was a bit obvious, wasn’t it? Little guy who ends up putting up huge numbers. That power production in 2016 was mostly unexpected, but after he did it once, you just knew he’d do it again.

I’m cheating a bit here, referring more to the character than just this movie. He’s had a few chances to do his thing, but he’s mostly disappointed. Then suddenly, something clicked, and he’s one of the shining spots. The personality definitely leaves something to be desired, but in his current supporting cast, he has immense value.

Somewhat overlooked despite being one of the best out there. What he does, he does well. Despite many other newfangled options that have come along after him, he’s the one I’ll go back to more often than most.

He’s impressive in everything that he does. He may even be an actual god. Few players can come close to his powers in any given season, but he’s going to consistently be at or near the top and can’t be ignored. And he’s just fun!

You knew it would be good. You just didn’t quite realize how good it would be. And when you consider all the talent around him, you know there are still a lot of great things to look forward to. If you’re unsure what to pick, he’s a safe bet.

He had a recent appearance where he broke out as a star, and you knew he was a safe choice with a high floor. What you didn’t realize was that he’d go all out and be right near the top of any rankings list you make. The sky’s the limit, and there aren’t any doubters left.

High price tag, high expectations. Certainly going to be entertaining, and there is a good baseline so that you know where to set the floor. But at this point, half of his game has disappeared. Where did the batting average go? Will it return? We think we know the answer, but at this point we’re still a bit nervous…

Guardians of the Galaxy: Shohei Ohtani

We weren’t exactly sure how he would play. Could he hold his own in this market of better known players? Would the performance match the hype? As it turned out, we were pleasantly surprised, and the fun-loving personality is icing on the cake.

We’re supposed to be enjoying a great story about his amazing season, but the dark undertones spoil it just a bit. He causes a hearty discussion about match-ups and how he compares to other contemporary greats. In the end, there will be a winner (whoever trades for Manny), and there will be a loser (the Orioles, no matter what happens).

We were excited because he’d done good things in the past. But man, it’s just…not good. Not good at all. In fact, we aren’t talking about him anymore. It’s best to block it out. Don’t think too much about the money you gave up and the time you spent. I don’t know how you get much worse than this.

Oh, there actually is one that’s even worse. I mean, I remember thinking it could be at least decent, even though I wasn’t as high on it as others. Then after it was done, I can’t say I recall any singular piece that really made me take notice. All I can remember is how much I wanted to get far, far away.