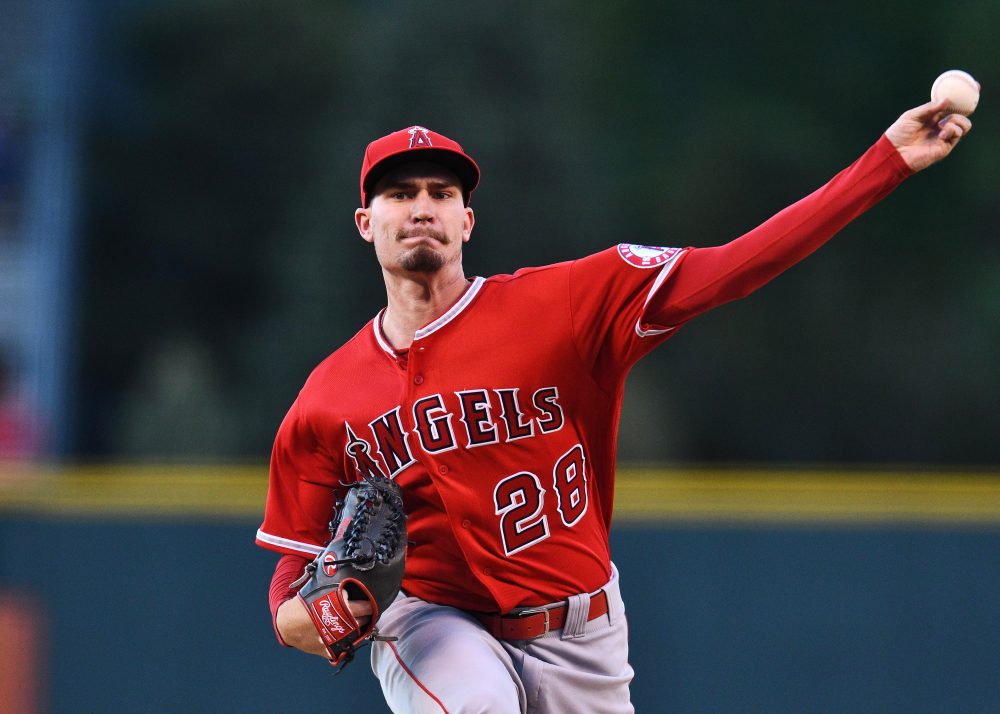 Welcome to BP’s Free Agent Watch, our weekly look at the waiver wire scene. Note that this week’s edition is pitching-only.

(Must be available in at least 50 percent of CBS, ESPN, or Yahoo leagues)

Almost two full years removed from Tommy John Surgery, Heaney is once again flashing the skills that made him BP’s #37 prospect heading into the 2015 season. While 2017 was a little rocky for the lefty, with command issues leading to tons of walks and, well, general poor performance, he’s back touching 95 mph again and improvements to his control seemingly come with each trip to the mound. In 34 1/3 innings, Heaney has fanned 39 batters, including sitting down 10 Astros in eight innings in his most recent start. There’s also a chance his 3.93 ERA is slightly deceiving, with opponents hitting .330 on balls in play and the southpaw stranding only about two-thirds of baserunners, a number that is well below league average. Additionally, while the Angels’ six-man rotation will serve as an artificial innings limit for their pitchers, it’s very likely to benefit someone like Heaney, allowing the southpaw to air it out, or you know, Let it Eat (™) without having to take the ball again four days later. “Post-hype prospect” is a term that is oft overused, but it’s fairly apropos for Heaney and he’s definitely worth keeping an eye on moving forward.

Cahill is back. Ok fine, he didn’t look all the way back Wednesday night in Fenway Park, but he’s back on the mound, looking to build on the sneaky success he’s enjoyed thus far this season. Admittedly, Cahill has been a favorite in this space for some time now, and most of that is thanks to whiffs and grounders, the breakfast of champions. The 30-year-old chucks a sinker/changeup one-two punch nearly 70 percent of the time, and despite fanning only one batter in his return, he’s still punching out almost 10 batters per nine innings this season, with a swinging strike rate over 15 percent to boot (not sure where “to boot” came from, but here we are). Only Luis Castillo gets more whiffs with his changeup than Cahill.

The strikeouts are nice, but they’re better paired with grounders. Cahill has always enjoyed a knack for worm burners, and this season is no different, as he’s induced groundballs in over 60 percent of his offerings. His sinker is especially deadly, getting grounders nearly three-quarters of the time, the third-best number in baseball. Now, there’s a reason Cahill is still available, even with all of the impressive numbers. He gets hurt. A lot. While that is definitely true, snagging a healthy version (or at least healthy-ish) could pay dividends in all categories, you know, until he lands on the DL again (knocks on all the wood).

(Must be available in at least 75 percent of CBS, ESPN, or Yahoo leagues)

After serving  as one of the first young guys of Houston’s version of “The Process”, Lyles made his way to the mountains and the villainous, yet majestic Coors Field. During his time in Denver, he did what many Rockies pitchers tried to do – throw groundballs. The problem, however, was that Lyles wasn’t particularly effective with his sinker, “peaking” with a 4.33 ERA in 2014 and never sniffing even average strikeout rates. This season, as a member of the Padres, he’s all but scrapped the sinker, throwing more fastballs than ever, and the proof, as they say, is in the pudding. Or something.

Lyles started the season in the bullpen, putting up a respectable 3.66 ERA in 19 2/3 innings. He shifted to the rotation and things clicked. In 12 1/3 innings as a starter, Lyles has given up one run while striking out 16 dudes to only two walks. It’s a small sample to be sure, but there are real changes that could point to a proverbial corner being turned. I don’t think Lyles will take perfect games into the eighth inning every time out, but if the adjustments stick, he could be a good, middle-of-the-rotation guy who pitches in a favorable home park.

Uh, you guys? Do you know who has been, like, super good this year? 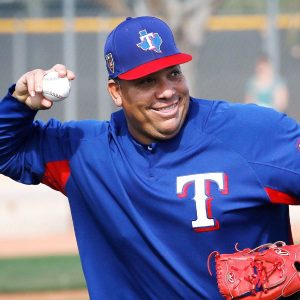 Big Sexy shut out the Mariners over 7 2/3 innings on Wednesday, lowering his 2018 ERA to 2.82 in 51 innings. Colon has been up to his usual tricks, leaning almost exclusively on a fastball/sinker combination that barely scrapes up against 90 mph. He’s pretty much given up on striking guys out, but that’s never really been his game, as the 44-year-old (seriously, he’s 44 years old and turning 45 next week) has capped out at a swinging strike rate just below nine percent. It was 15 years ago. The ageless one still relies on his aversion to free passes, as he has walked only four batters this season, the lowest number for any qualified starter. Limiting baserunners has helped Colon narrowly escape the disaster outings (he served up four solo bombs to the Red Sox earlier this month, but they were all solo shots) a little easier than his homer-prone brethren. Colon has struggled after hot starts before, sure, but with hurlers going down left and right thanks to nagging injuries, he could definitely provide your squad’s rate stats a boost in the interim.

(Must be available in at least 90 percent of CBS, ESPN, or Yahoo leagues)

The 28-year-old was a deep-league special pick last week as well, and followed that highly prestigious accolade (kidding) with a strong performance, surrendering only two runs in 5 1/3 innings while punching out seven Reds. Not much has changed for Stripling, aside from being stretched out a bit more, so I won’t bore you by repeating myself. Someone is going to have to start these games for the Dodgers, and Stripling has been game in the early going, riding a 2.20 ERA and a 2.60 DRA while also striking out almost 10 batters per nine innings. Fliers are what deep-league specials are for. Stripling is a said flier.