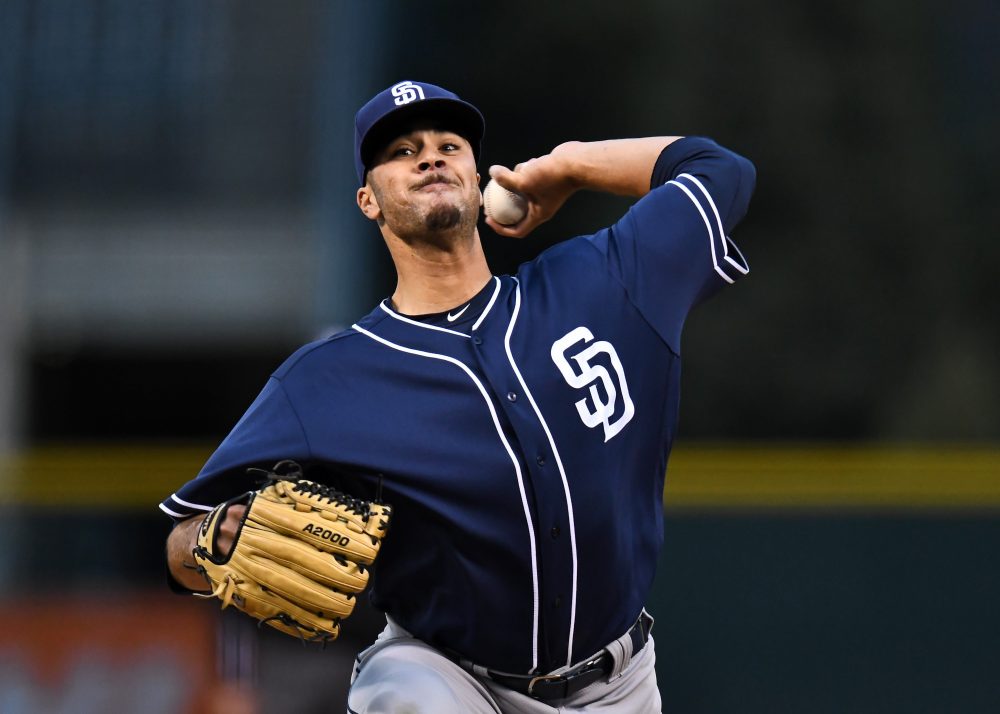 Sean Manaea (@SEA) – He’s been outstanding thus far yet is somehow still available in nearly 30% of ESPN leagues and 25% of Yahoo leagues.

Joey Lucchesi (vs. SF) – Coming off an impressive performance at Coors, Lucchesi should take full advantage of a home matchup versus a Giants team that ranks in the bottom third of the majors in both runs scored and OPS.

Lance Lynn (vs. CHW) – Control has been an issue so far but the matchup is favorable.

Blake Snell (vs. PHI) – He’s a little risky though.

Julio Teheran (@CHC) – Coming off his best outing of the young season, but the walk rate is still high.

Jose Urena (vs. PIT) – I’ll go ahead and start him in deeper formats, though the overall ceiling is limited.

Tyler Chatwood (vs. ATL) – Strictly a deep-league option for the time being.

Jacob deGrom (vs. WAS)

Luis Castillo (@MIL) – Seems to be figuring things out.

Mike Foltynewicz (vs. PHI) – I’m OK with taking a chance on Folty here.

Steven Brault (vs. COL) – Far from a safe play though.

Adam Wainwright (@CHC) – Will he regain standard mixed-league relevance? Maybe, but not yet.

Andrew Cashner (@BOS) – Aren’t we all just waiting for the regression to set in?