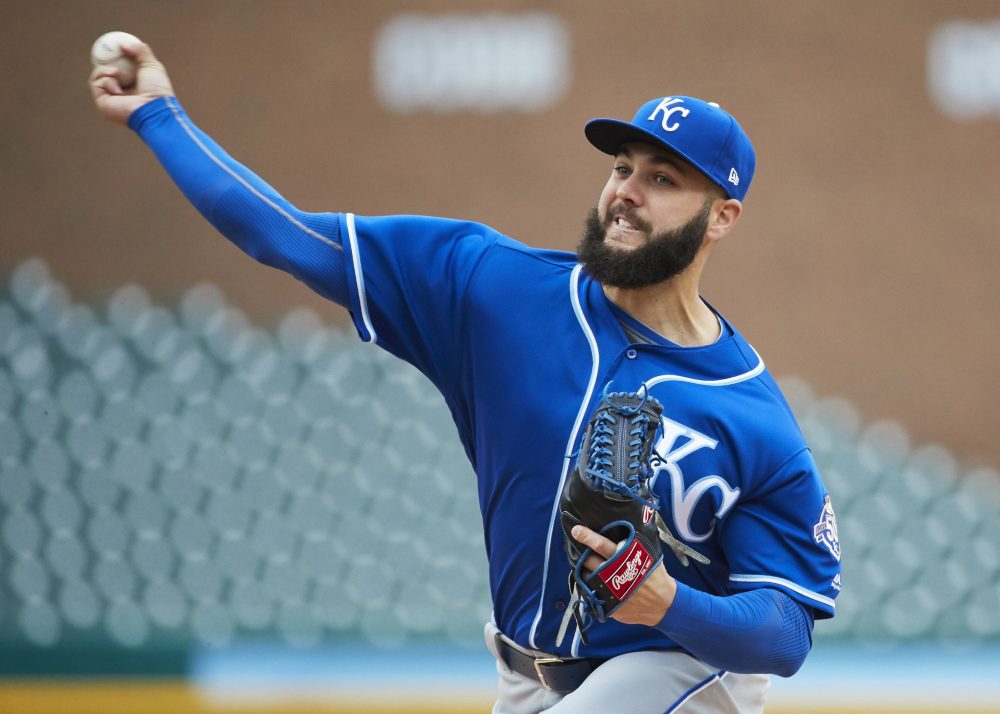 Charlie Morton (vs. TEX) – Who said last year was an aberration?

Jake Arrieta (@TB) – He was a little shaky in his season debut but should do a lot better this time around versus a Rays team that ranks in the bottom third of the majors in runs scored, batting average and OPS.

Matt Harvey (vs. MIL) – If you’d rather drop him to the deeper mixed league category, I’m fine with that too.

Garrett Richards (@KC) – Stick with him despite sky-high walk rate.

Jake Junis (vs. LAA) – After tossing 14 scoreless innings to open the season while holding the opposition to a .089 batting average, Junis should be owned in all leagues by now. Strangely enough, he’s still available in more than one-quarter of both ESPN and Yahoo leagues. This is a challenging matchup as the Angels lead the majors in runs scored, but I’ll go for it.

Taijuan Walker (@LAD) – The strikeout rate could use some improvement but I’m a big fan of him this year.

Rich Hill (vs. ARI) – An automatic start when healthy. The problem is that he’s often not healthy.

Mike Minor (@HOU) – Dangerous matchup but he has the stuff to dominate any lineup when he’s on his game.

Jon Gray (@WAS) – Inconsistent start to the season for this popular breakout pick. The matchup difficulty relegates him to deep-league status for this one.

Miles Mikolas (@CIN) – I haven’t been overly impressed in general, but the 10/0 K/BB ratio is encouraging.

Lance Lynn (vs. CHW) – He got a late start this spring, so think of April as sort of an extended spring training.

Alex Cobb (@BOS) – Not exactly an ideal matchup for his season debut. Could become a reliable 12-team mixed league SP before long though.

Derek Holland (@SD) – Ride this hot streak while it lasts.