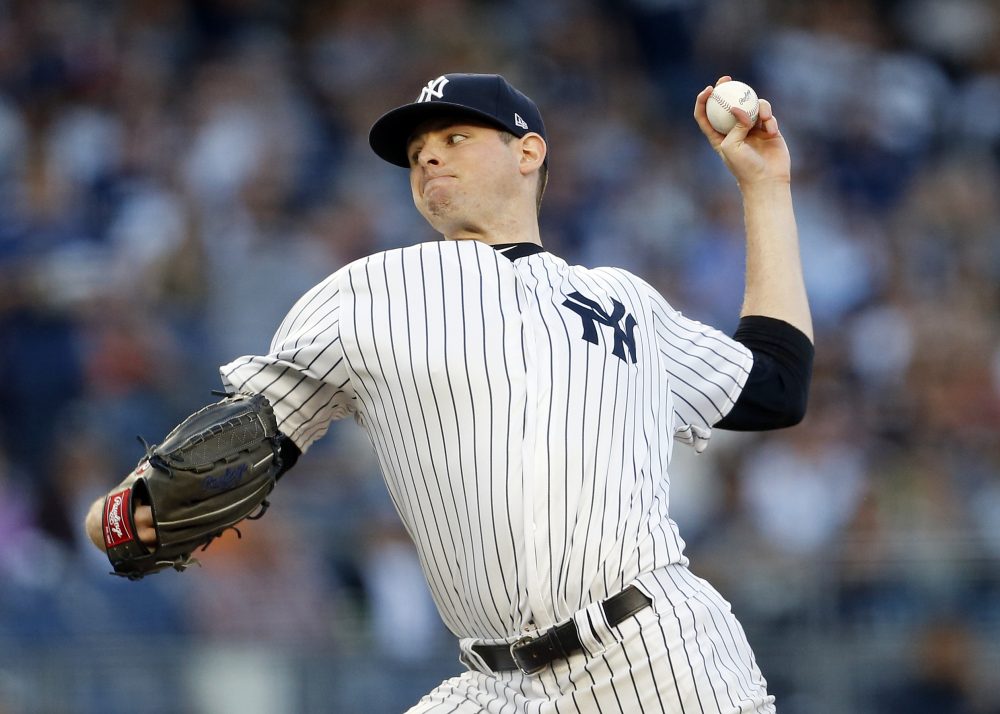 Steven Matz (vs. MIL) – Promising beginning to the season but he needs to cut down on the walks. He’s still worth starting based on the strikeout upside. The Brewers offense happens to rank among the top four teams in the NL in whiffs.

Jordan Montgomery (@DET) – Expect Montgomery to get back on track versus a Tigers offense that ranks in the bottom third of the majors in runs scored, batting average and OPS.

Tanner Roark (vs. COL) – Not an ultra-safe play though.

Mike Leake (vs. OAK) – Lack of strikeouts limits his ceiling but I do like the matchup.

Zach Davies (@NYM) – Inconsistent so far but the strikeouts are encouraging.

Cole Hamels (@HOU) – I’m hesitant to even place him in this group for this matchup.

Tyler Mahle (vs. STL) – He could eventually become relevant in 12-team mixed leagues but his rough start on Sunday suggests that we should temper our expectations for the short-term.

Eduardo Rodriguez (vs. BAL) – Still needs to shake off the rust, so he’s a borderline start even in deeper mixed formats.

Andrew Triggs (@SEA) – He’s off to a fine start and the matchup is decent enough.

Marcus Stroman (@CLE) – Better days are likely ahead but he can’t be trusted in most mixed leagues right now.

Jacob Faria (vs. PHI) – Stay patient with him, but he needs to be benched for the time being.

Jason Hammel (vs. LAA) – Coming off impressive outing versus a potent Indians lineup.

Chad Kuhl (@MIA) – Kuhl always risky but at least this is a favorable matchup.

Ty Blach (@SD) – Not enough strikeouts and too many walks, but he bounced back nicely in his last start.

Tyson Ross (vs. SF) – Appealing matchup versus a Giants team that ranks last in the NL in runs scored entering play on Thursday.

Andrew Heaney (@KC) – Bench for now but if healthy, he has the potential to serve as a useful deep-league starter going forward.

Anibal Sanchez (@CHC) – Not buying into Anibal yet and this is a dangerous matchup.

Vincent Velasquez (@TB) – Keep an eye on him though.

You need to be logged in to comment. Login or Subscribe
Rosevear House
Pretty sure Cole Hamels is pitching for Texas today
Reply to Rosevear
jfranco77
I can't stop looking at that VV matchup against the Rays. The Rays offense is not good.
Reply to jfranco77
Zach Steinhorn
You could say he's a borderline very deep mixed/mono league guy thanks to the matchup but I need to see more than one quality outing that followed a poor season debut. It'll take one or two more decent starts for me to feel comfortable moving him up to that class.
Reply to Zach