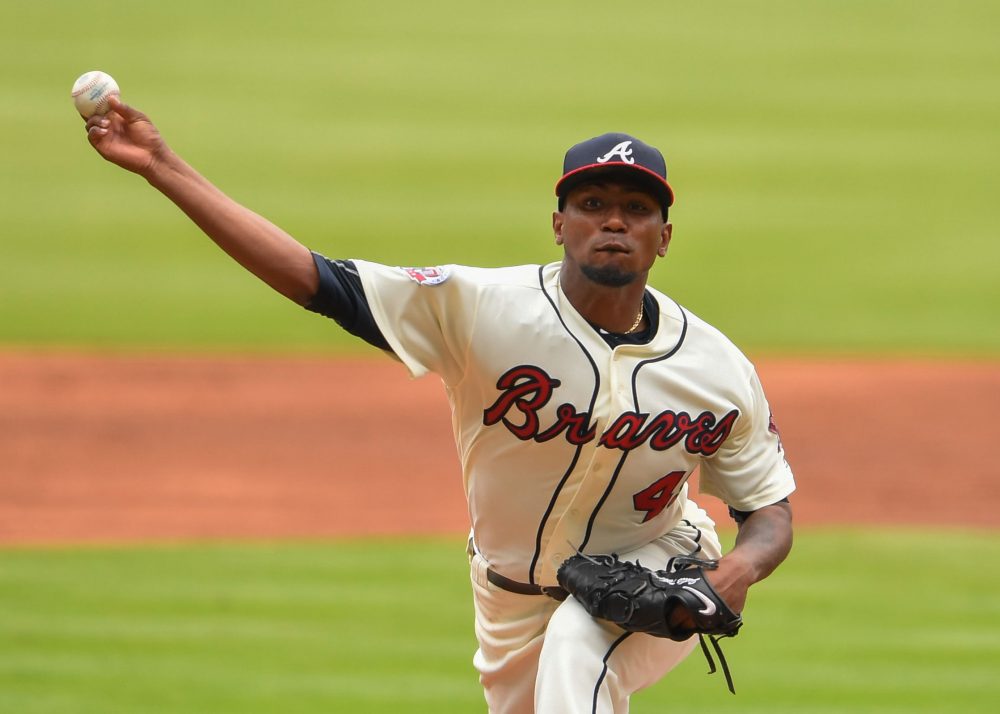 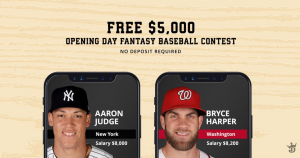 Opening Day is upon us, which means it’s time to set those fantasy lineups, cross your fingers and watch meaningful baseball again. Here are some players who appear poised to deliver value on DraftKings on the season’s first day.

Don’t want to shell out over $10,000 for a marquee starter? Thankfully, there’s still some quality options available. Three pitchers I like are Danny Duffy ($7,700), Julio Teheran ($7,600) and Garrett Richards ($6,800), who are all facing teams that had below-average offenses last year and finished at least 12 games below .500. Duffy and Teheran both have favorable home matchups against the White Sox and Phillies, respectively, while Richards takes on the A’s in Oakland. Duffy should be good to go after his shoulder flared up near the end of spring training while Teheran and Richards are both looking to build off strong finishes to 2017.

If you’re trying to save money at catcher, Jorge Alfaro and Austin Hedges could both be great bargains at $2,900. Alfaro posted an .874 OPS in 29 games last year, which may be repeatable based on his .870 OPS during spring training. Hedges is a cheap source of power after slugging 18 home runs in 387 at-bats last year and four in 42 spring training at-bats.

I really like Chris Davis at $3,700, which is the same price as Albert Pujols and $100 less than Lucas Duda. Davis is better than both of those guys, especially with a tasty matchup at home against Minnesota’s depleted pitching staff. Camden Yards rated as the third-friendliest venue for home runs last year according to ESPN’s park factors, and Davis still has plenty of pop after notching the highest hard-hit rate of his career last year (41.5 percent). Crush is nursing an elbow injury and may not play, but if he’s active, get him into your lineup.

I like Davis’s teammate Jonathan Schoop ($4,100) for similar reasons as outlined above, but Jonathan Villar also looks like a solid deal at $3,700 – the same price as Eduardo Nunez. With 30 home runs and 85 steals over the past two seasons combined, Villar is a good bet to provide one of either, if not both.

Beyond the obvious studs at third base, it falls off pretty quickly after Mike Moustakas ($3,800), who’s back with Kansas City after setting a franchise record with 38 home runs last year. He’ll have a good shot to go deep against a White Sox staff that allowed the second-most home runs in baseball last year. Josh Donaldson is also very reasonably priced at $4,100 – less than Travis Shaw ($4,500), Rafael Devers ($4,300) and Matt Chapman ($4,200) – for his home tilt against the Yankees.

If you’ve been following my advice, you should have enough funds left over to build a super-outfield of Mike Trout ($5,400), Giancarlo Stanton ($5,300) and Aaron Judge ($5,100). If not, there are still plenty of outfielders to like. Adam Jones and Byron Buxton are playing against each other in Baltimore and cost a more-palatable $4,000. Both have the potential to go yard, while Buxton has the added benefit of possibly swiping a bag, which he did successfully in 29 of his 30 attempts last year. Odubel Herrera also provides power and speed at $3,500 and is coming off a big second half like Buxton, having batted .323/.371/.558 after the All-Star break.

That’s all from me, folks. May your fantasy teams and actual teams have a fruitful Opening Day.