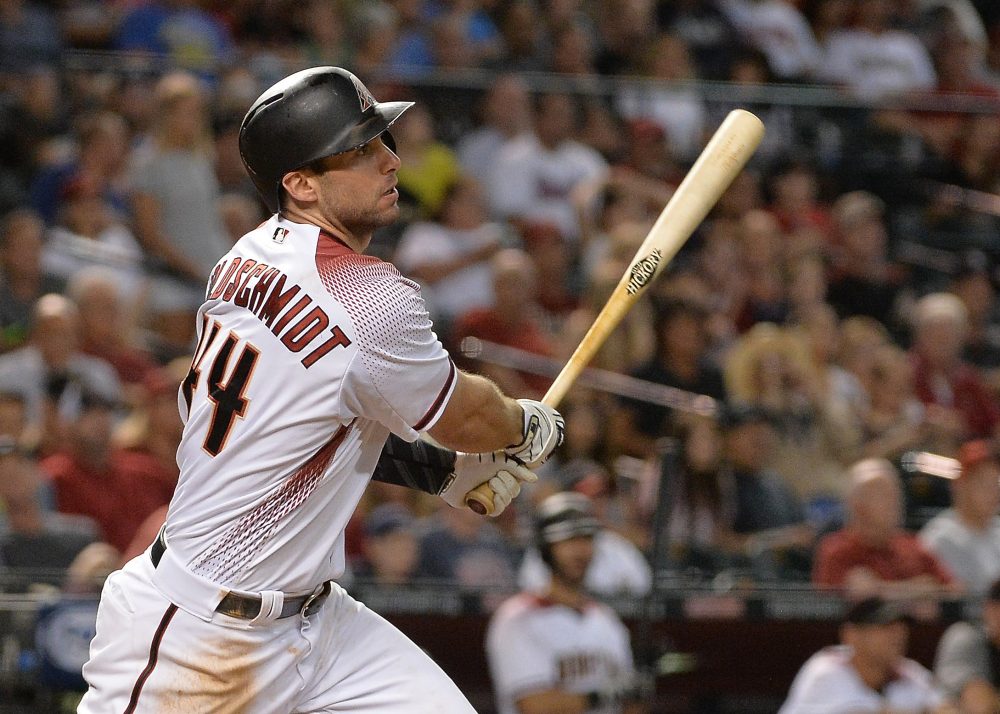 On Saturday, I participated in my (checks notes) ninth Tout Wars NL-only auction. Nine years? What the hell? Where does the time go? When I started in Tout Wars in 2010, my kids were (scrounges around for birth certificates)…three and zero?!?!? No, that can’t be right. Has it really been almost a decade since I started competing in this esteemed expert league?

Indeed, it had. And as I often do during my auction preparation, I looked back at some of my older teams and articles I have written about those teams. When writing these types of articles, we experts like to believe our approach is perfect. However, mistakes are frequently made. These aren’t missteps on specific player projections I am speaking to but rather missteps that speak to suboptimal process.

For years, my mantra in fantasy baseball auctions has been “go where the value takes you.” This approach generally works well, but this year I made two adjustments prior to the auction to go above and beyond this basic philosophy. The first adjustment is based specifically on one of Tout Wars’ rules; the second is based on how baseball has changed over the last few seasons.

In Roto formats, it is easy to get away with ignoring batting average or even blowing it off entirely and still lucking into 3-4 points in the category. It is far more difficult to pull this off in OBP formats. Additionally, OBP is not properly valued, even by the experts in Tout. I have noticed that the winning teams in Tout the last few years have had one thing in common: a player who dominated in the category and returned at least $10 of value in OBP. My goal was to build my offense around Paul Goldschmidt, Bryce Harper or Joey Votto.

As the role of the starting pitcher has dramatically declined in real baseball, the separation between the top arms and the rest of the pack has significantly increased in the fantasy version. I would aggressively pursue one of Clayton Kershaw or Max Scherzer. I would buy both or supplement one of them with Kenley Jansen if the market wasn’t aggressive.

Everything else I did would be tied to my usual principle. Valuation rules. Don’t be afraid to spend early if the room is tentative. Don’t be afraid to build a balanced roster if the prices on the targets mentioned above were prohibitively high and deviate from the plan above.

I was in the odd position this year of having already participated in both the CBS and LABR NL-only auctions earlier this winter.

Surprisingly, I had far more overlap than I typically do. I did not anticipate buying all of these “overlap” players but I figured I would have a good chance to get some, particularly the hitters. For the pitchers, I pushed my bids up so aggressively on Kershaw and Scherzer that I guessed I would have a very different staff with a significant number of fliers in the $1-3 range.

As it almost always does, the Tout auction threw me a few curveballs. Below is a position-by-position look at how it played out this year.

Catchers: Buster Posey ($20, my bid limit: $23), Jorge Alfaro ($3, $7)
Even though Posey is not a significant power source, I was nevertheless surprised and pleased to get him at this price in an OBP format. A hidden bonus with Posey is the Giants’ revamp should increase his run/RBI opportunities. Alfaro is hurt somewhat by OBP, but I still couldn’t believe I snuck him in at this price. The combination of playing at CBP for a full season and the “enhanced” baseball could lead to a significant power spike for Alfaro, who quietly hit five home runs in 114 major league plate appearances last year.

I got my guy in Goldy, an on-base machine whose .417 clip since 2015 is topped only by Votto and Mike Trout. Lop 10 home runs off Goldy because of the humidor (he hit 20 at Chase Field) and he’s still good for 25 dongs. I’m not a Zim fan but find myself with some shares because he is being discounted far too much. His power held in the second half and I could easily envision a 25-30 homer season. Goldy and a few of my early purchases pushed me into Stars and Scrubs. I gambled on Prado returning to full health and being a cheaper version of Starlin Castro. If it doesn’t work out, I spent a buck.

Middle Infield: Chris Taylor ($20, $23), J.T. Riddle ($1, $1), Eric Sogard ($1, $1)
I have refused to push on middle infielders in any of my NL auctions this spring, but even so this is ugly. I believe in Taylor, so he’s fine, but Riddle and Sogard could leave me with two gaping holes. The hope here is Riddle plays every day and doesn’t sink my OBP or doesn’t play and doesn’t sink my OBP. Speaking of OBP, the Sogard buy is a gamble that his sharp uptick in walks is the product of a legitimate change in approach, Jonathan Villar is as bad this year as he was last year and Sogard finds his way into 300-350 plate appearances. He earned $9 in NL-only OBP formats in 2017.

Astute readers will notice I purchased two speed demons in Hamilton and Marte. This wasn’t the plan but compared to LABR, the speed market collapsed in Tout, with even Trea Turner dropping all the way to $37. I hope there’s enough power on the rest of my roster to make up for this but having a strong OBP and stolen base core means I only need to finish middle-of-the-pack in home runs and RBI to have a strong offense. I’m a believer in Herrera’s bounce back potential and think the adjustments he made to his approach in 2017 will stick. As you can see, I love Schwarber at this price. I normally eschew first half/second half comparisons; in Schwarb’s case, it’s worth considering that he returned from a severe injury and there may have been some rust. Pence and Almora are fine complimentary pieces at their prices. Given the composition of the rest of my offense, at bats/reps were more important than upside here and Pence fit the bill. Almora doesn’t fit that bill but I dig the upside and think Joe Maddon will get Almora enough PT to make him profitable.

Kershaw fell to me early. I bid $39 on Scherzer but Craig Mish of Sirius XM said $40 and that was that. Meanwhile, Jansen went for $26, leaving me with a Plan B of Rivero and a lot of fliers on the pitching side. Last year, my grand experiment in Tout was two starting pitchers and two closers at a combined $60 and a lot of $1 relievers. This year’s experiment is ace starter, ace reliever, and a lot of $1 starting pitchers. Going backward, Kershaw has earned $36, $35 and $42 the last three seasons despite missing chunks of time. He’s an anchor even if he doesn’t throw 200 innings. If he gets there, look out. It doesn’t work this way but double Rivero’s 2017 save total and he earns $28, or $2 less than Jansen. If I can get a $65 base of stats from Kershaw and Rivero, the rest of the staff will be an exercise in aggressively working the free agent pool and hoping everyone else behind the dynamic duo are league-average. Using last year’s numbers, this staff would have finished second in wins, ERA and WHIP in 2017 Tout Wars, and that includes Richard’s awful numbers. Even if Kershaw is Kershaw for “only” 170 innings, this staff plays.

This isn’t the prettiest team. But nearly every winner in Tout Wars has won not because of a “perfect” squad on Auction Day but rather due to a strong core that was supplemented with in-season tinkering. I have put together too many “solid” teams that played to a mid-level finish because the $15-20 players all earned around $15-20. The anchors on my team must perform for me to win, but if they do, I’ll be in contention. The $1-3 players I purchased on Saturday will either work out and turn into profit makers or they’ll be replaced quickly until I find the stats I need.

The PFM likes my offense a lot more than I do. It hates my pitching.

I know, I’m supposed to win using my projections! What could I possibly be thinking?

I could have used the PFM projections to build a team that “wins” the projections. Heck, I did that last year. But while that team would have looked better on paper, it would have ignored how volatile pitching is. I am pleased that I project out to 48 points on offense. I didn’t think I’d be competitive in home runs and RBI but it looks like I can. The middling OBP is a bit of a surprise, but this is linked in part to the regression built into Goldy’s OBP. ZIPS and PECOTA are the only models that predict Goldschmidt will finish under .400. As it turns out, the mistake of buying Billy Hamilton wasn’t in sacrificing power but OBP.

The pitching looks meh. An average team would finish with 32.5 points on offense and 32.5 points in pitching. I am a shade below this with 28.5 pitching points. If I keep these seven pitchers behind Kershaw and Rivero all season long regardless of their results, this projection would make sense, and I’d suspect I could do far worse. But this strategy is predicated on an aggressive use of the reserve list (to bury pitchers in bad matchups) and the free agent pool.

Regarding the risk surrounding Kershaw, it isn’t trivial or something to dismiss. It could sink my team. But that can be said for the anchor on every Tout team. The guy who bought Bryce Harper and Rhys Hoskins was thumping his chest about his dynamic duo in his recap; look under the hood and you’ll see a player who missed a larger chunk of the season than Kershaw did in 2017 and a player with 50 major league games under his belt. I used to play it safer in Tout Wars and did a very good job of finishing fifth or sixth. This year, I’m swinging for the fences.

Now if you’ll excuse me, I’m going to go get reacquainted with my children.