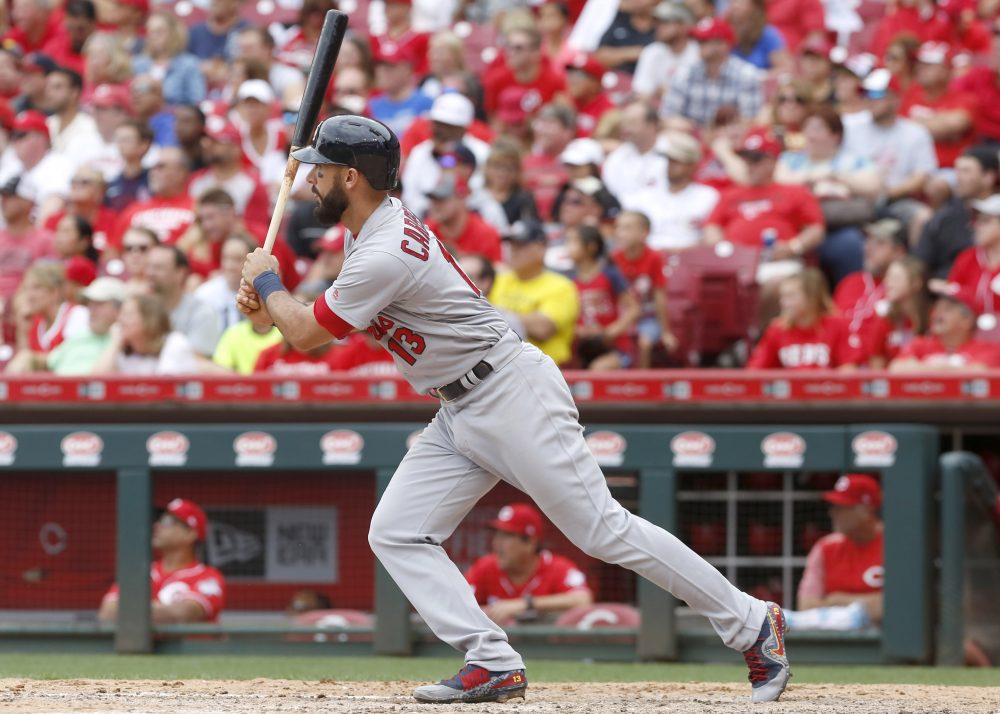 Later this week, I will have a recap of how I built my team in the Tout Wars NL league. Today, I will take a broader look at what happened in both mono leagues.

The goal of this article is not to delve into individual team strategies or examine every purchase in depth. This is difficult to do, particularly since the timing of when a player comes up at auction can skew his value. Still, it is worth noting a few trends in the hopes that it can help you with your auctions.

Tout Wars is the third and final major expert-league auction that takes place before the season starts. It is preceded by LABR in early-March and CBS in late-February. Darius Austin wrote about LABR’s auctions earlier this spring and identified a few possible auction trends. In some cases, price variance can signify a trend but can also be an anomaly. Below is a deeper dive on what happened in both the AL and NL-only Tout Wars auctions this weekend.

While the distribution of money between hitters and pitchers varies from season to season in LABR AL and AL Tout Wars, the variance between both leagues in any given year is almost always between $40-45. In both 2016 and 2017, Tout Wars spent $45 more on hitters than LABR did. 2018 saw LABR catch up…spending only $40 fewer on hitters than their Tout Wars counterparts. While bids for individual hitters fluctuate greatly, this makes AL Tout Wars relatively predictable in a broad sense. This doesn’t mean there aren’t some key differences.

As is typically the case, Tout Wars was somewhat more aggressive on the top hitters because it is an OBP league, and the best hitters in OBP formats have higher ceilings than in AVG leagues. I am more interested in the price spike in hitters 49-96 and the price drop from 109-144. The fantasy managers in AL Tout eschewed balanced rosters in favor of pushing for the hitters they wanted and/or quality in these tiers. My published bids at Baseball Prospectus were almost exactly in line with LABR, making me believe that these hitters were overpriced in Tout. Table 2 shows where some of the greatest variations were between the two sets of experts.

The strong OBP hitters typically cost far more in Tout than they do in LABR, but with the migration of some of these hitters to the NL (Todd Frazier, Carlos Santana and Steven Souza), there was not nearly as much price differential as there has been in the past. Trout’s price is partially due to his OBP clout but is also due to the difference between a tepid LABR market and an aggressive Tout one. Even with the OBP gap, there is some reaching on a couple of these hitters. I like Shin-Soo Choo, and I purchased him in LABR, but at his age there is some risk at his Tout price. Martin and Granderson certainly could earn what they were paid in Tout, but these prices contain their upside.

The biggest variable this season came in the form of baseball’s tepid free agent market. Moustakas, Walker and Lucroy were all in free agent limbo when LABR convened. All three found homes in the American League before Tout Wars. Ramirez and Martinez both received price bumps due in large part to their spring performances. The “swingman” rule in Tout contributed to this with Martinez; Ramirez is first base eligible in Tout due to a 15-game requirement from the previous season.

I volunteered to track the head-to-head auction on Saturday, so I didn’t see the AL auction unfold, but the market pushed harder on the top pitchers than they did in LABR. By itself, a $13 increase on the six most expensive pitchers in Tout isn’t significant but because the Tout experts spent $40 more on hitting, it stands out as an outlier. Cole probably was called out when two teams that were adamant about purchasing an ace still needed one. Chris Liss of Rotowire came right out of the gate with Sale and Kluber, which may have forced a team to overpay for Cole. This is an excellent example of why I tend to avoid building strategies around certain players or types of players. In a league like Tout AL, I would have avoided paying the premium for an ace and built around several high-volume starting pitchers, moving more money to offense.

Unlike in past years, there was very little market differentiation on relievers.

The market mostly fell apart on the back-end closers. There is a clear, three-tier hierarchy at work in Tout, and beginning with Parker, there is little if any trust for the bottom-tier closers in the AL. Three teams didn’t buy any of the closers on Table 4, although there were more than a few speculative plays, including Cam Bedrosian ($7), Nate Jones ($3) and Keone Kela ($3). The middle relief market dropped off from LABR, with Andrew Miller only going for $6 and Juan Nicasio dropping all the way from $9 to $1. Due to the drop-off in starting pitcher innings, I thought high-end relief pitching would be at a premium, but this was not the case.

For the past few years, NL LABR has spent far more than NL Tout on hitters, topping $2,200 in 2017. One of the biggest changes in LABR came when long-time participant Steve Moyer passed away days before the auction. Moyer had spent liberally on hitters, and between his passing and Doug Dennis moderately increasing his pitching budget, the two leagues looked very similar.

There was a slight uptick on the best hitters. But the $9 bump on the 12 most expensive hitters in the NL was half of what the AL bump was. Some of this is because there is no NL equivalent to Mike Trout. But given the valuation OBP bump Joey Votto, Bryce Harper and Paul Goldschmidt get, it is surprising it wasn’t more.

Not only did LABR cut back on its hitting spending, but it spent less than Tout did on hitters. However, the trend line in both leagues moved away from hitters and toward pitchers. In 2017, both LABR and Tout spent over 70 percent of their budgets on hitting. This year, both leagues “only” spent 69 percent on hitting. There was variance on the top hitters in both directions. Trea Turner and Charlie Blackmon were both at least $5 cheaper in Tout while Votto was $9 more expensive in Tout.

While there wasn’t much of a sweet spot in Tout, there was some fall-off on a few mid-tier players. Since I am in this league, I can offer more informed commentary on these dips than I could in the AL. I purchased Scooter Gennett in LABR for $14. By the time his name was called in Tout, I was running out of money and had to let him go to Steve Gardner of USA Today for $10. Asdrubal Cabrera, Maikel Franco and Michael Taylor all dropped from $15 in LABR to $12 in Tout due to auction dynamics.

In previous years, Votto was the only hitter to get the full OBP “bump” in Tout. This year, more than a few hitters were paid what they “deserved” to get in Tout and then some. Carpenter’s pay increase isn’t entirely related to OBP. There was worry about his health in early-March that has somewhat dissipated. While I am a believer in paying for the OBP differential, the prices on Lamb and Santana feel aggressive.

Unlike in the NL, the only free agent hitter to get a boost in Tout was Gonzalez. Anderson and Headley were both the product of a more aggressive third base market in Tout, and in a broader sense, a push by the Tout experts for everyday at-bats as opposed to the speculative plays in the $5-8 range that were popular in LABR. Headley is a no-brainer at $2. At $7, he is fine but not guaranteed to earn $17 like he did in New York in 2017.

For the second year in a row, I spent liberally early. Paul Goldschmidt was my anchor, but I spent over $20 on five hitters, pushing myself into a Stars and Scrubs team. I’ll go into more detail in my NL recap later this week, but my plan was to purchase an OBP-anchor and an ace pitcher and then let the chips fall where they may. One challenge I ran into is the speed market collapsed. Trea Turner, Starling Marte and Billy Hamilton all saw their prices drop from LABR to Tout, and I bought Marte and Hamilton for a combined $51.

The uniformity between LABR and Tout and hitter tiers was not reflected in individual hitter prices. I walked away with a very different team in Tout than I did in LABR, which was even more surprising considering how much overlap there is between the two expert circuits. Including me, five of the experts in LABR were also in Tout. However, as I have pointed out in the past, NL LABR and Tout don’t mirror one another nearly as much as the AL versions. One reason I pushed hard on an OBP anchor is because of this similarity in prices. If Votto, Goldschmidt and Harper all have the potential to earn $8-10 more in OBP formats, then grabbing Goldy for a mere $3 more than he cost in LABR could prove to be a difference maker.

The NL experts were even more aggressive with the perceived best pitchers than their AL counterparts.

Just like in 2017, 12 starting pitchers cracked the $20 barrier in Tout Wars. Despite the individual failures of 2017 (Syndergaard, Bumgarner, Cueto), the market didn’t pull back at all, spending $23 more on the 12 most expensive starting pitchers than they did in 2017. Can you win without spending on an ace? Of course you can. Grey Albright of Razzball did exactly that last year, winning with a relatively cheap Ray and Jeff Samardzija anchoring his staff. Albright mirrored this strategy in 2018, rostering Samardzija yet again and pairing him with a $12 Jon Gray. If this works for Albright, many of the experts should seriously reconsider if rostering a $25+ ace is more of a path to mediocrity than success. I am not immune to this criticism; I bought Kershaw.

Closer prices stayed about the same in Tout Wars, but LABR spent much more this year on stoppers, making Tout look stingy by comparison.

I only purchased Rivero but bit my tongue on a few of the cheaper options because I needed offense more than I needed the luxury of a second closer. I pushed my bid limits down even more than I did in 2017 and still did not quite correctly account for the relief market in Tout. Familia was the biggest bargain between the two leagues, but nine of the 15 projected closers cost at least $2 less than they did in LABR. At least two teams made the savvy maneuver of purchasing two cheap closers. Many home leagues have a more aggressive relief marketplace, so make sure to adjust your prices if your league spends more liberally on relievers than Tout Wars or LABR does.

The NL was much tougher on price than I can remember it being in years and perhaps since I joined Tout in 2010. I was uncomfortable with my Stars and Scrubs strategy for a few rounds but when I saw where many of the prices fell for other fantasy managers, I felt relieved that I spent early. The lack of a DH in the NL makes finding 14 hitters to populate your squad even tougher than it is in the AL. Despite this, the balanced approach on offense is difficult when more than a few of the “tanking” teams carry regulars who are barely adequate for our fantasy purposes.