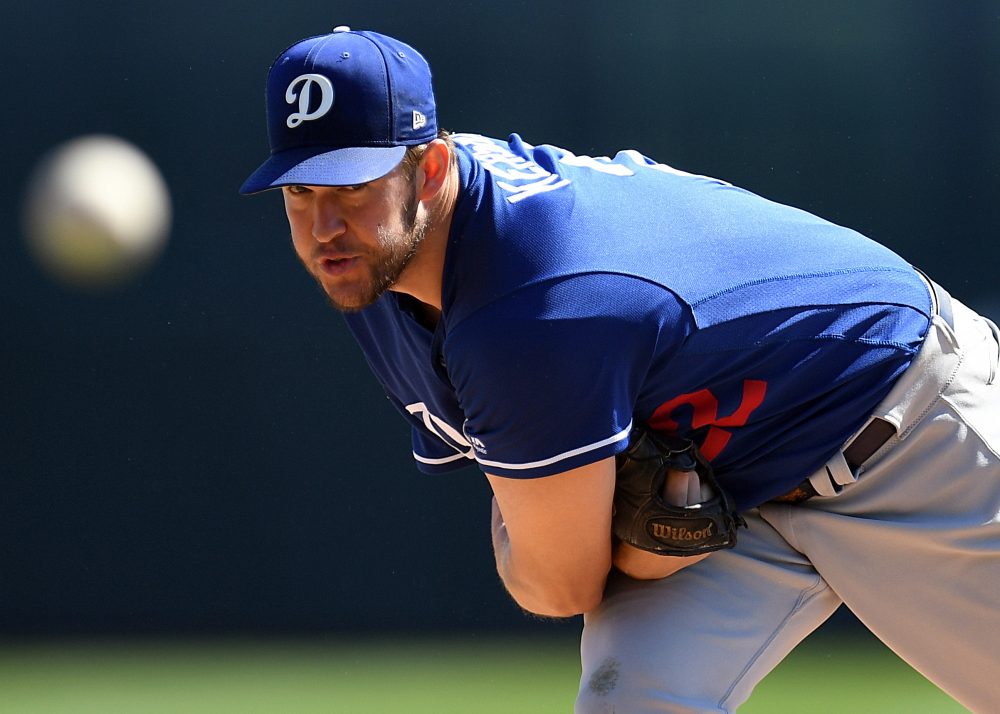 The League of Alternative Baseball Reality is entering its 25th season. As an early March auction draft featuring some of the best and most experienced fantasy experts around, it has long served as a guideline for those conducting their auction drafts later in the month. This year’s drafts took place during the weekend of March 3-4.

Last year, BP’s own Mike Gianella compiled an overview of the LABR auctions to identify trends and strategies, and provide some thoughts on how you might use that information in your own auctions. While I’m not one of the aforementioned experts, I will attempt to offer my own insights on the developments in this year’s results.

AL LABR maintains its relative consistency in the distribution of spending. The only significant change comes in the top two groups, where some of the first tier’s money has shifted down into what appears to be a stronger second group. The latter features well-established veterans such as Brian Dozier, Josh Donaldson, Jose Abreu and Edwin Encarnacion, but the increase may well be due to the newer kids on the block: Jose Ramirez, Byron Buxton, Andrew Benintendi and Aaron Judge.

If some of those veteran names sound like they should be in the first group, it’s because two more youngsters have pushed them out: Gary Sanchez and Alex Bregman. The influx of young talent has created a very robust top end of the draft that lasts throughout these two groups. That seemed to discourage LABR members from pushing the bidding at the very top end, which is how Mike ended up with Trout, Altuve and Lindor.

One of the central issues of draft season has been whether it is crucial to get a no-doubt ace, given the dwindling number of starters who are likely to pitch 180-plus high quality innings. Below are the ten most expensive starters in this year’s AL LABR auction, compared to the pitchers who occupied those spots in the past two seasons.

The league seemed to respond to that issue by placing an extreme premium on Sale and Kluber, but maintained discipline elsewhere by not pushing up the prices of the pitchers below them a great deal. The result was a top 10 almost identical to 2016 in terms of total dollars spent, yet with a far greater spread.

The third member of the top tier from 2017, Yu Darvish, is obviously no longer in the AL. Even if he had been, he would clearly have joined that second tier. The presence of two pitchers on this list who are considerable question marks to top even 150 innings, Paxton and Ohtani, speaks to the changing nature of the game with regards to those workhorse pitchers.

One benchmark for LABR values are the CBS auctions which take place in February. Some of the most significant changes in draft values over the past few weeks can be seen below.

This table is dominated by free agents who signed after the CBS auction, and league-switchers like Dickerson, Souza and Drury. Souza and Dickerson both went for almost identical values to their NL values in the CBS auction of $15 and $18 respectively. The effect of the uncertainty created by this unusually slow offseason can clearly be seen here. This may resolve itself over the coming days, yet with the likes of Jake Arrieta, Alex Cobb and Melky Cabrera still unsigned, this drafting environment seems set to remain uncertain right up until the start of the season.

The more surprising differences are on the high end names that went for significantly more in CBS: Trout, Ramirez and Andrus. CBS showed the tendency to be dramatically more aggressive on the high-end hitters relative to LABR, spending a huge $42 more on their top 12 hitters. That money came from the bottom end in a far more “stars and scrubs” style approach, with just $243 going on their final 72 hitters, $56 less than LABR.

Chapman was a prime example of draft dynamics, as Steve Gardner explained in his recap of the auction. With Joey Gallo and Chapman the two clear best options available at a time when a number of owners had both money to spend and open CI slots, two bidding wars ensued.

As Mike noted last year, NL LABR is typically notorious for spending heavily on hitters compared to other expert leagues. That didn’t quite happen in 2018.

Bidders went after the elite players just as aggressively. The values subsequently dropped off quickly, with almost every group after the top tier allocated less money than 2017. NL owners actually spent six dollars less on hitting than AL owners did, after spending $84 more in 2017.

The shift towards pitching was clearly significant. NL LABR also spent $42 more than NL Tout Wars did on pitching in 2017, whereas last year the difference was $66 in the other direction. Here’s the breakdown behind that shift:

Unsurprisingly, in a league now perceived to have very few reliable options beyond the collection of elite talent at the top, money was pumped into getting one of those first options. The $75 saved on hitting was all invested in the top 36 pitchers, a group that collectively went for $81 more than in 2017.

Unlike the AL, the NL group of pitching doesn’t seem to fall into the pool of high variance options so quickly – as much as that can be said about the highly volatile pitching market in general.

Scherzer has joined Kershaw in the very top tier, matching their draft results so far. While more capital was devoted to this group than the AL, or in 2017, the prices at the lower end still don’t match the level of confidence in the same-ranked pitchers in 2016. The investment in pitching also tails off quickly after this list: only Jose Quintana (also $23) and Carlos Martinez ($21) were close, before a clear tier drop to Jeff Samardzija, Jon Lester and Rich Hill at $17.

The really significant shift hasn’t come on the starting pitching side, of course.

These values aren’t extreme in context of the CBS values. They are in the context of NL LABR history, where there has essentially been a 25 percent increase in dollars spent on closers in just one year.

We’ve spent a lot of time this offseason talking about how scarce innings are in the current environment and NL LABR seems to have responded by shifting money away from hitters and into those elite, mostly proven arms who can still pass 200 innings, as well as almost all of the closers. Jansen isn’t going to be that many strikeouts behind some of the starters who go five innings in most starts, and he’ll have much better ratios. Last year, CBS looked like the outlier in spending $244 on closers; now the two leagues are just $24 apart.

In leagues that have historically been like NL LABR in terms of heavily focusing on hitters, fantasy players may have to allocate more dollars than they’re typically used to spending on pitching if they want to obtain upper-tier starters or almost any closer. To reiterate a point that Mike made last year, however, NL LABR is typically a more volatile league, and this dramatic shift only reinforces that. Being able to adjust to any situation in an auction is key.

In addition to the closers listed here, another $54 was spent on relievers, making it $261 total on bullpen arms. While this fits in with the growing chorus of voices recommending an extra middle reliever or two to pad your pitching staff, it’s important to remember that there are far more high-quality relievers with great ratio and strikeout potential than there are actual available roster spots, even in a league like this.

For that reason, it’s rarely worth paying up for the non-closing relievers. For instance, Dominic Leone and Anthony Swarzak, who both went for a dollar in LABR, could easily provide 80-plus strikeouts with elite ratios, and in Leone’s case, could even have a closing gig before long. Only Josh Hader, at $6, was more expensive than a closer listed above.

There were again some significant differences in pricing between the LABR and CBS drafts. As we’ve already taken a look at some of those value changes, I have removed the league-switchers and free agents from the list below. Even so, there are some double-digit differences.

Much like the AL, it seems that owners in the CBS auction were more aggressive on the top-end names, with Hamilton, Arenado and Turner all considerably more expensive in the earlier draft, even though Turner was the most expensive player in LABR. LABR drafters were paying up for their speed lower down the scale, with Marte, Desmond and Margot all getting a bump. CBS owners paying up for certain elite players in both leagues is a clear change from 2017, when Brian Dozier was the only player in the upper echelon who cost at least $5 more in the CBS auction. In total, CBS spent $31 more on their top 12 hitters than LABR did.

As the season gets closer, we can also see the effect of playing time issues on values, both in terms of roster construction and injury. Tapia’s cost has dropped as the Rockies’ crowded outfield looks no closer to resolving itself (even more so now that Carlos Gonzalez is returning, although that news broke after this auction) while owners seemed more confident that Ryan McMahon would get the playing time at first base. Similarly, both Altherr and Williams look set to be splitting time in Philadelphia. Murphy’s lingering knee issues look set to delay his 2018 debut, dropping his cost five dollars in LABR. There is what appears to be a Scott Kingery-induced discount for Cesar Hernandez.

The unsigned free agents and the scarcity of top-tier starting pitching are likely to make this a particularly volatile auction season. That extreme scarcity will often drive up the prices of those rare truly elite starters through bidding wars, as well as those of many closers, as owners who don’t get hold of an ace look to shift their attention to getting an elite option out of the bullpen. Ultimately, pitching is still more volatile than hitting, and the perceived need to get a true number one starter will undoubtedly create value elsewhere. Monitoring these trends in your auction and pouncing on the bargains when they come, rather than getting hung up on a particular player or strategy, is just as crucial as ever.