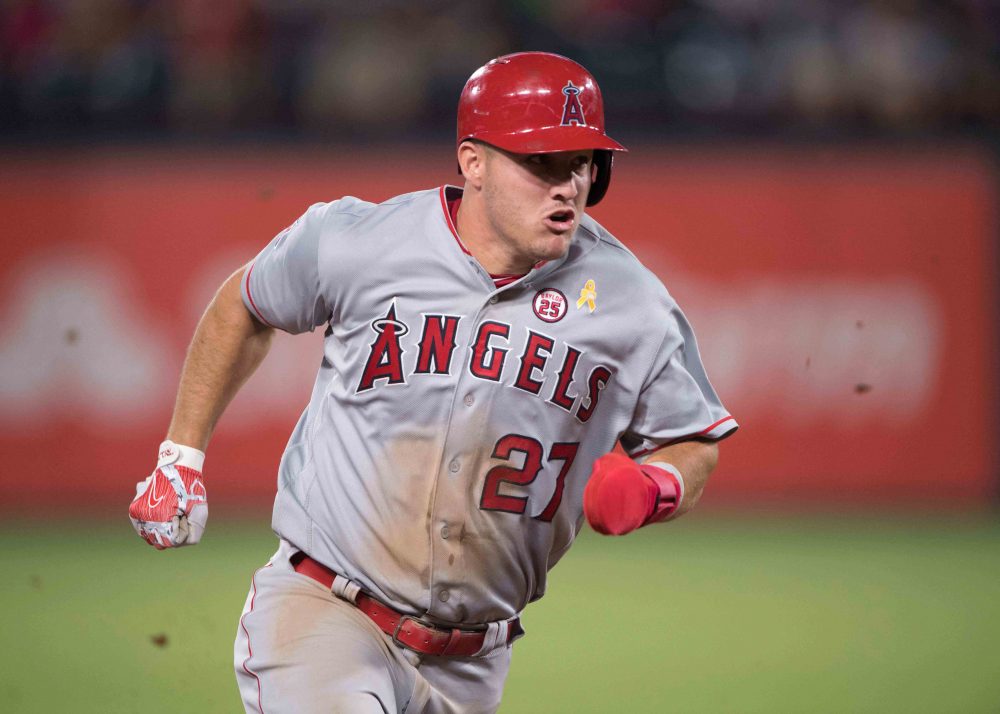 Something I love about fantasy baseball auctions compared to drafts are their inherent unpredictability. While a snake draft does present opportunities to select a player a few rounds above or below his Average Draft Position, nearly every round sees teams select players at or close to their perceived value. No one is going to grab two closers in the first two rounds and no draft will see Mike Trout fall to the 10th overall pick.

Bidding opens several variables. Everyone at an AL-only auction probably agrees that Mike Trout is the best player. It is extremely unlikely that 12 people agree on what to pay for him. On top of deciding what the “right” price is to pay for a player, there is the added variability of whether you should even have set prices. If you’re here reading this article, you know where I stand on this issue. Other fantasy analysts use a looser price construction while a rare few don’t look at pricing at all.

My adherence to pricing in my auctions typically leads me to purchase balanced teams, where no one costs more than $25-30. Last year in LABR AL, I didn’t spend more than $23 on a single player. The year before, in 2016 Tout Wars NL, I took this to the extreme, and my most expensive player was a $17 pitcher. As a result, I have a reputation as someone whose guiding principle is an adamant refusal to spend over ‘x” on a player.

But this simply isn’t true. My goal is to get as much value on my team as I can. Frequently, teams overspend on the top players and I patiently wait. But once in a rare while, I pounce early and take what the room gives me on the front end.

Last Saturday at LABR AL, I thought I’d was going to find myself with another one of my boring, balanced squads. I was willing to push both Jose Altuve and Mike Trout to $42, but I figured someone else would be more aggressive, which would push me into the second tier on several players. I did make a concession with my top pitching bids, moving Corey Kluber and Craig Kimbrel up a few dollars. There is a stark separation between those two and Chris Sale and the rest of the pack. I figured I’d walk away with one or both and then fill in cheaply behind them.

This recap is going to be structured a little differently than others I have written in the past. Rather than run through all my picks and talk about what great values I got and how smart and handsome I am, instead I am going to cut through two misconceptions about building a team using what is frequently called Stars and Scrubs.

Misconception 1: You should build your team in auctions using a “tiering” system

My bid price for Mike Trout was $44. I got him for $42. There are some fantasy experts who believe that after you get a player like Trout, you shouldn’t buy another player at a price within his “tier” (I wrote about this phenomenon here).

The problem I have with this approach is you are making an active decision that you are not allowed to buy any other players at a bargain price if they cost more than “x” amount. In my case, this means I would have stopped myself from buying Altuve at $39 even though I had him listed at $44. This is counterintuitive. Why wouldn’t I want a player who I believe is a $5 bargain? The answer to this question is tied to a second misconception about Stars and Scrubs:

Misconception 2: While you can get bargains on the top players using Stars and Scrubs, you cannot possibly build a balanced roster using this method.

It is true Stars and Scrubs leaves less margin for error on the rest of your purchases. But it is possible to put together a competitive team if you pick your spots and draft wisely. If you’re simply going to spend indiscriminately without price discipline, I concede you will be challenged by this approach. However, if you do fall into a Stars and Scrubs team, like I did on Saturday, it typically means you did so because your competitors were too conservative early and will eventually start overspending. I bought David Price ($16) in the second round, Jason Kipnis ($13) in the sixth and Adam Jones ($17) in the seventh but for the most part sat back for eight rounds and waited for the prices to fall.

This wasn’t the free-for-all I was expecting but given what I had spent already I held back unless it was a significant bargain. I also had to make a few decisions about my team on the fly. The biggest decision I made was to dump saves and focus most of my money on offense.

Everyone’s projections say they purchased the best team. But even if my projections are wrong, when you buy a $208 offense, you don’t need that much “value”. The RT Sports projected standings model agreed, easily projecting my team with the best offense. There are some minor quibbles I have with my team, and of course there are some players I’d rather have than the ones I bought. But this is common in auction formats. I did what I wanted to do and rather than employ seven starters and seven bench players using Stars and Scrubs, I filled out a roster with 12 everyday players.

Something had to give and that something was the pitching. You might want to take small children by the hand and escort them out of the room for this one.

Do you want to hear something funny? Why am I asking you, I’m going to tell you about it anyway? My loosely configured plan coming into the auction was to buy one of Corey Kluber, Chris Sale and Craig Kimbrel, maybe buy two if the prices fell and then fill out cheaply on the pitchers. I’d then go with a balanced offense.

Really. This was how I replied to the brief survey Steve Gardner of USA Today sent out to us on Sunday afternoon.

And I pushed on more than a few pitchers. I was willing to spend $80 on my pitching staff if the prices on the second-tier arms fell, but it didn’t work out this way. I had the next to last bid on Kluber, at $36. I pushed on James Paxton, who went for $21. I had the last bid on Carlos Carrasco, who went for $25. Once I lost out on Carrasco, I figured I’d be building a cheap staff.

I also deliberately dumped saves. This wasn’t merely because I missed out on the top pitchers but was also a product of my pre-auction valuations. I pushed my price up on Kimbrel and then pushed nearly every other closer down a few dollars. In NL LABR, I might have landed a closer given how many teams dump the category, but in AL LABR most fantasy managers play it straight.

I wouldn’t be honest if I didn’t admit to my mistakes. I paid $9 for Nicasio because I didn’t spend enough money in the auction. This is a no-no. But I wanted to have the flexibility to get Petit, Robertson and Nicasio at the end. I also saw what was unfolding with my last non-catcher hitter and was elated with any of Tulo or three other hitters who were sitting there.

It still isn’t pretty. This team is projected to finish next-to-last in pitching.

But pitchers are easy to churn. Last year in LABR, I picked up Jordan Montgomery and JC Ramirez via FAAB and landed Andrew Cashner on reserve. They weren’t studs, but you don’t need studs to win in an AL-only, just volume.

I don’t know if I’ll win or lose. But this team is going to be fun regardless of which way this plays out. Watching six months of Altuve, Lindor and Trout will keep me happy even if I can’t make the pitching work. I have been relatively successful on the two other occasions I built teams like this in Tout Wars, finishing second in 2013 and third in 2010. If I avoid getting bit by the injury bug on offense and can get lucky with one or two good pitchers, I can win.

You need to be logged in to comment. Login or Subscribe
jfranco77
I love it. Definitely a fun team, and I actually like a lot of your pitchers. I will never quit Kyle Gibson, but lordy do I worry about Daniel Norris.
Reply to jfranco77
Mike Gianella
I'm hoping Norris starts in the minors so I can reserve him and see how he works out.
Reply to Mike
Rotolady
Smart and handsome is an understatement :)
Reply to Rotolady