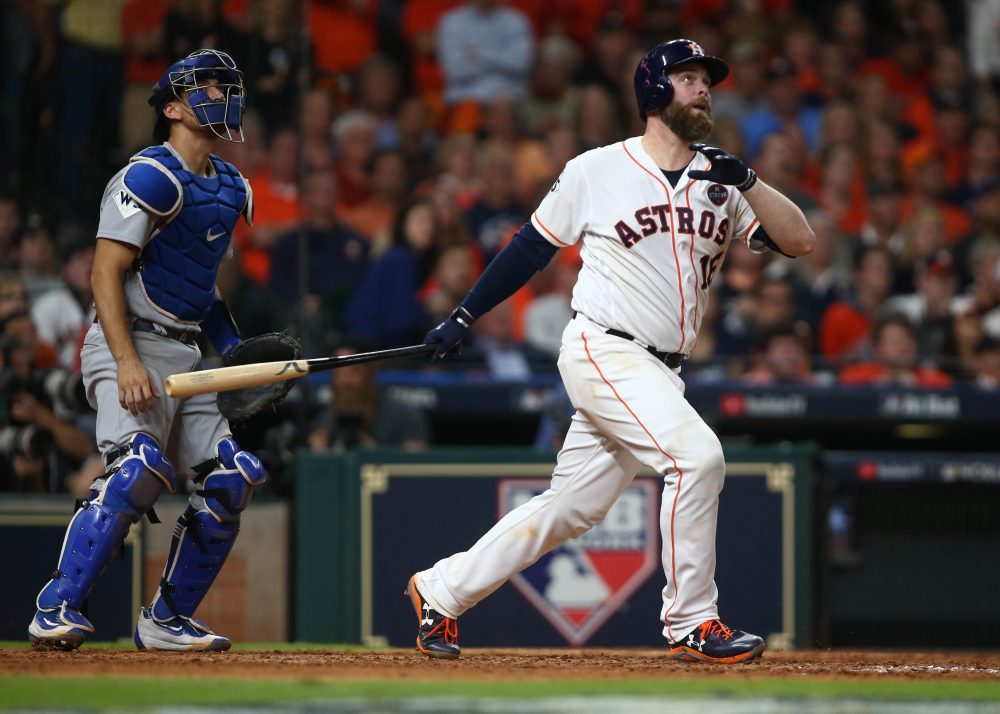 If it feels like Brian McCann has been around forever, it’s because he kind of has been. For a point of reference, when he was drafted in the second round by the Braves in 2002 the no. 1 song in America was “Foolish” by Ashanti. When he made his major-league debut in 2005, the no. 1 song was “We Belong Together” by Mariah Carey. So, you know, we’ve all gotten used to McCann. There’s good reason he’s been around so long, too, and it’s because he’s very good at baseball.

He was a top-50 prospect when he made his debut, and he started hitting right away. McCann ended up spending nine years in Atlanta and was one of the best catchers in baseball for that entire run. He left in free agency following the 2013 season, signing a five-year deal with the Yankees. After three solid yet unspectacular years in New York, the Yankees sent him to Houston prior to this season for prospects, paying a chunk of his remaining salary. Now with a new team, he headed into the season as the 10th-drafted catcher in NFBC leagues.

Overall, it was another typical 30s season for McCann. He wasn’t a superstar by any means and didn’t approach the numbers he put up in his heyday in Atlanta, but he was an average-to-slightly-above-average hitter at a position that doesn’t see many of those. Perhaps the most impressive part of his 2017 season was his ability to put the ball in play. He’s never been a high-strikeout player, but his strikeout rate was trending up while he was in New York, reaching 20 percent in 2016. With that being the case, it was easy to think that he was losing some bat speed and we could expect the number to keep rising.

Instead, in his age-33 season he cut the rate all the way down to 14.5 percent. A big part of this was likely due to the Astros’ coaching staff, as their entire team was elite at putting the ball in play. In addition to avoiding strikeouts, McCann also hit for solid power. His final home run total of 18 certainly doesn’t jump off the page, but much of that was due to only playing 97 games. He still managed to hit for a .195 ISO, and it was better than that for fantasy purposes. Since he’s not really fleet of foot, doubles aren’t a big part of his game, so the a larger portion of his power rate stats are due to the homers.

While a lot of McCann’s season was strong, particularly considering his position and age, it certainly wasn’t perfect. If you owned him on your fantasy roster, you almost certainly noticed that he wasn’t much of a contributor with his average. Despite not striking out a lot, he couldn’t turn in a lot of hits. There are a few reasons for this. For one thing, as I said above, he’s not very fleet of foot. You’re not going to see McCann beat out many hits. That’s not a great formula for someone who hits as many ground balls as the Astros catcher. He also doesn’t hit many line drives, which will drive down anyone’s BABIP. Finally, he was one of the most shifted players in the league. All of this combined led to a .237 BABIP and a .241 AVG.

Beyond the lack of AVG, there was the simple lack of playing time. One of the most valuable parts of McCann’s career in fantasy purposes is that he played 130-140 games for much of his career. Catchers, of course, don’t always play that much and there are often more extreme time splits on rosters. It wasn’t just splitting time that caused him to only play 97 games, though. He also hit the disabled list with a concussion issue. This lack of playing time caused him to take a hit in counting stats, finishing with only 47 runs and 68 RBIs.

2018 Outlook and the Great Beyond

McCann is under contract for one more guaranteed year with the Astros, and given how far they’ve come with him as their primary catcher it seems likely that he will be back in 2018. This has to be a good thing for his immediate value, considering the great hitters’ park Houston plays in as well as the historically great lineup in which he’ll hit. All of that being said, he still isn’t someone to bet on as a top-end catcher. He is a fine later-round target in one-catcher leagues and a safety option to pair with a riskier backstop in two-catcher leagues. As far as dynasty leagues go, McCann is strictly a win-now option. It should probably go without saying that you don’t want to acquire a 34-year-old catcher if you’re undergoing a rebuild.