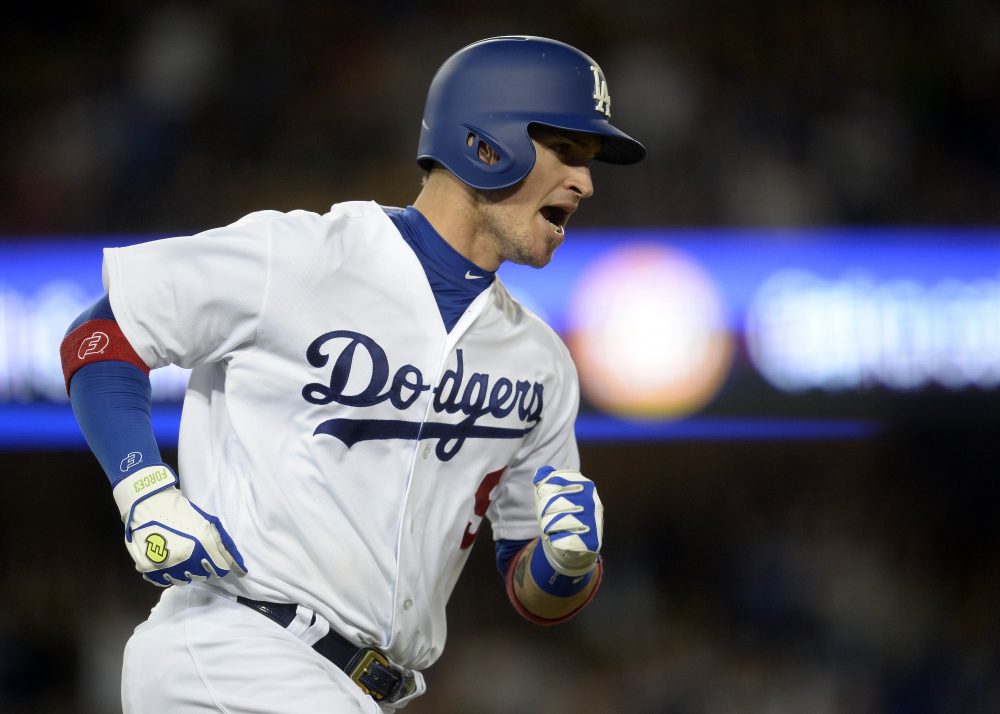 The Cincinnati Reds selected Yasmani Grandal 12th overall in the 2010 MLB First-Year Player Draft. A college catcher at the University of Miami, Grandal was ranked 86th overall on Kevin Goldstein’s Top 101 Prospects list in 2011. After only one full minor-league campaign with the Reds, Grandal was traded to the Padres along with Yonder Alonso, Brad Boxberger and Edinson Volquez for Mat Latos. Grandal moved up the prospect ranks in 2012; Goldstein ranked him 38th overall on his 2012 list.

Because he was a polished college product, Grandal did not spend much time in the minors, getting called up for good June 30, 2012 after a one-day stop in the majors earlier that month. Grandal spent 2 1/2 seasons with San Diego, although 2013 was nearly a complete washout thanks to a 50-game PED suspension for elevated levels of testosterone and a torn right ACL that required surgery in August. Some feel Grandal rushed to return from the injury in 2014, leading to poor performance on both sides of the plate but especially on defense, as Grandal led the majors in passed balls despite catching only 67 games.

In December 2014 Grandal was traded for the second time in a three-year span, going to the Dodgers along with Zach Eflin and Joe Wieland for Matt Kemp, Tim Federowicz and a pile of cash. The Grandal trade is seldom if ever discussed as one of the most lopsided deals in baseball history, but since 2015 Grandal is 12th overall among position players in WARP, while Kemp is 162nd.

It doesn’t count in fantasy unless you’re in an incredibly weird league with Harry Pavlidis, but for the third season in a row Grandal’s was one of the top three defensive catchers in baseball, thanks mostly to his elite pitch-framing abilities. Where this skill does apply to fantasy is in its ability to keep Grandal and his powerful bat on the field and off the bench. For the fourth year in a row, Grandal topped 400 plate appearances; he is one of only six catchers since 2014 to do so.

Because catcher isn’t a very productive position, it is easy to forget that while Grandal’s contributions would seem modest at any other position, they loom large behind the plate. Only five catchers hit at least 20 home runs, scored 50 runs, and drove in 50 runs: Gary Sanchez, Salvador Perez, Mike Zunino, Willson Contreras and Grandal. According to the PFM, Grandal was the eighth-best catcher in 12-team, one catcher mixed leagues, earning $6 and ranking 162nd overall. In NL-only formats, Grandal was the fifth-best catcher, earning $10 and ranking 108th overall.

After getting off to a fast start, slashing .293/.363/.500 in his first 158 plate appearances, Grandal faded, finishing with a woeful .225/.281/.444 in his final 324. Oddly enough, Grandal averaged a home run every 31.6 PA during the hot start and a homer every 19.1 PA during his “slump.” In addition to batting average, the categories Grandal’s fantasy managers lost out in were runs and especially RBIs. Grandal altered his approach at the plate this past spring, giving up walks and swinging at more pitches both in and out of the zone. It worked well for him in the first half, but his strike rate spiked in the second half after pitchers figured out what he was doing.

Grandal is never going to hit for batting average—nor should he be expected to do so. He is generally a streaky hitter and will have stretches where he alternately carries your team for a couple of weeks and stretches where he does absolutely nothing. The good times sometimes lead to a confirmation bias that “this year” will be the season that Grandal breaks out/puts it all together/becomes an elite fantasy catcher. It is not completely out of the realm of possibility, but we have enough data to know that it is very likely that this solid-but-not-spectacular version of Grandal is what you are getting on Draft Day.

Where Grandal was somewhat overpriced in 2017 (with an ADP of 140) he should be more appropriately priced in 2018. Clouding the picture for Grandal next year is the fact that Austin Barnes has taken over during the postseason, starting 11 of the Dodgers 13 games behind the plate in October. Grandal was on a brief paternity leave for the birth of his son this past week but this fails to explain how lopsided the workload between the two backstops has been. Dave Roberts told the Los Angeles Times’ Andy McCullough that the Dodgers have “two elite catchers,” but actions speak louder than words. How this will impact playing time in 2018 is unclear. Grandal is a free agent after the 2018 season. A trade is possible although, unlike many teams, the Dodgers have zero financial incentive to make a move.

While the picture is cloudy for Grandal in October and for 2018, his framing abilities should ensure that he once again emerges as a starter, even if it isn’t with the Dodgers. He is difficult to value in both redraft and keeper leagues because of the emergence of Barnes. If Grandal is starting and manages to get 400-450 plate appearances, he has enough power to be a Top 10 fantasy catcher again.

You need to be logged in to comment. Login or Subscribe
jfranco77
With Utley gone, is Barnes going to spend time at 2B? The Dodgers have a lot of moving parts. They need a spot for Chris Taylor (Puig, Pederson, Verdugo, Taylor as their outfield?) and some places to play Kike. Forsythe has a team option too.
Reply to jfranco77