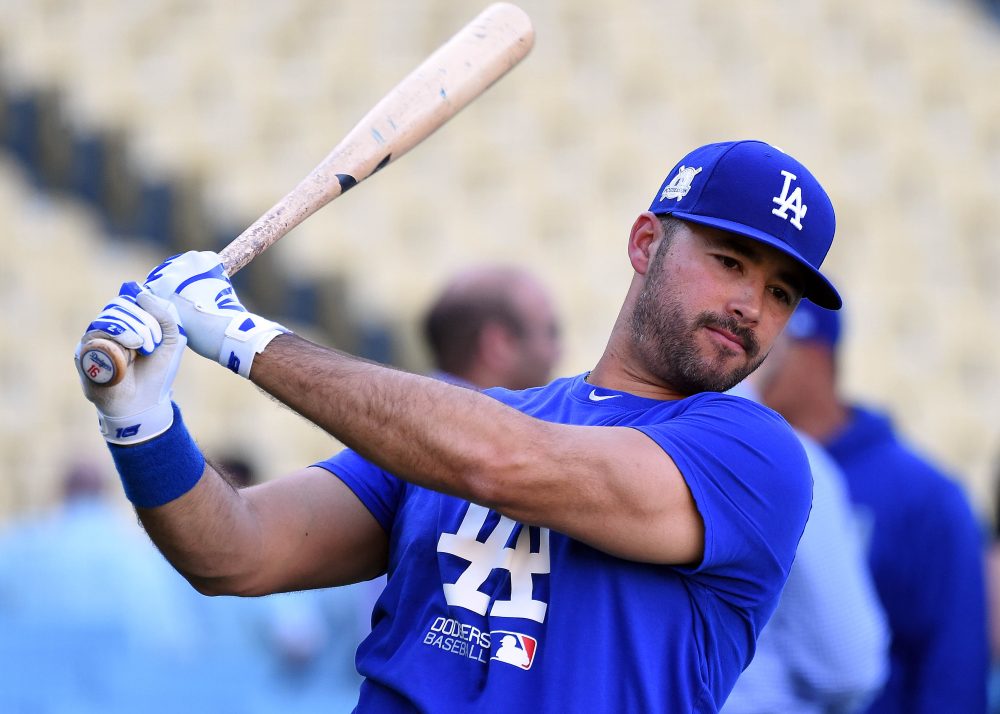 The Oakland Athletics selected Andre Ethier in the second round of the 2003 draft from Arizona State University. Oakland must have liked Ethier since it was the second time they drafted him. The first time came two years earlier, when he was selected in the 37th round from Chandler-Gilbert Community College in Arizona. The A’s sent him to High-A for his first full-season minor-league assignment in 2004 and he responded well, hitting .313/.383/.442 with seven homers and two steals in 471 plate appearances.

In 2005, he played 131 games in Double-A, hitting .319/.385/.497 with 18 homers and one steal before receiving a four-game taste of Triple-A. The Arizona native was on track to make his major-league debut with Oakland early in 2006 when he was traded to the Los Angeles Dodgers for Milton Bradley and Antonio Perez. Now 24, he was assigned to Triple-A to start the 2006 season where he hit .349/.447/.500 in 25 games, prompting a call-up to the big-league club as soon as enough time had passed to ensure another year of cost control for the team. The sweet-swinging lefty hit .308/.365/.477 with 11 homers and five steals in 441 plate appearances as a rookie and, outside of rehab appearances, never played another game in the minor leagues.

From 2007 through 2013, Ethier was one of the most consistent corner outfielders in the National League. Over that period, he played at least 135 games each season and hit .286/.349/.469 with a 124 OPS+ while mostly playing right field. The defensive metrics were never kind to his outfield play, but Los Angeles thought he was a good enough outfielder to fill in as their center fielder when injuries and roster construction left them short-handed. A lefty swinger, he has had large platoon splits throughout his career, posting a .233/.291/.343 line against lefties compared to a .303/.382/.506 line against righties. The Dodgers locked him up with a five-year $85 million contract extension in June 2012 that runs through the end of the 2017 season.

2014 was not a good season for Ethier. Now 32 years old, his offense declined precipitously. He hit .249/.322/.370 with only four home runs. He played in 130 games, but he had only 380 plate appearances because his poor performance at the plate cost him his regular spot in the starting lineup. Ethier entered a lot of those 130 games as a pinch hitter. He bounced back in 2015, posting a .294/.366/.486 line with 14 homers and two steals in 445 pate appearances and 142 games, giving his organization hope that he would remain productive through the end of his contract. During Spring Training in 2016, he fractured his tibia, sidelining him until September and limiting him to only 16 games. It was the first time in his career that he played less than 126 games.

Well, he hit a home run in the NLCS. That was pretty cool.

During Spring Training, Ethier was diagnosed with a herniated disc in his back. He didn’t make his season debut until September, racking up only 39 plate appearances across 22 games during the final month of the season. It was his second straight season that was drastically shortened by injury. Since 2015, he has only played in 38 games, getting just 64 plate appearances.

The veteran outfielder will be a free agent this offseason, assuming the Dodgers choose the $2.5 million buyout on his contract over the $17.5 million option. Teams that might offer Ethier a contract come in two varieties: bad teams where he could play every day until he is traded to a contender as a platoon bat/ pinch-hitter at the deadline, or good teams where he would be a platoon bat/pinch hitter.

He’s 35 years old and has only played in 38 games combined over the past two seasons. Barring a renaissance with a new team in 2018, Ethier probably will be out of baseball in 2019.