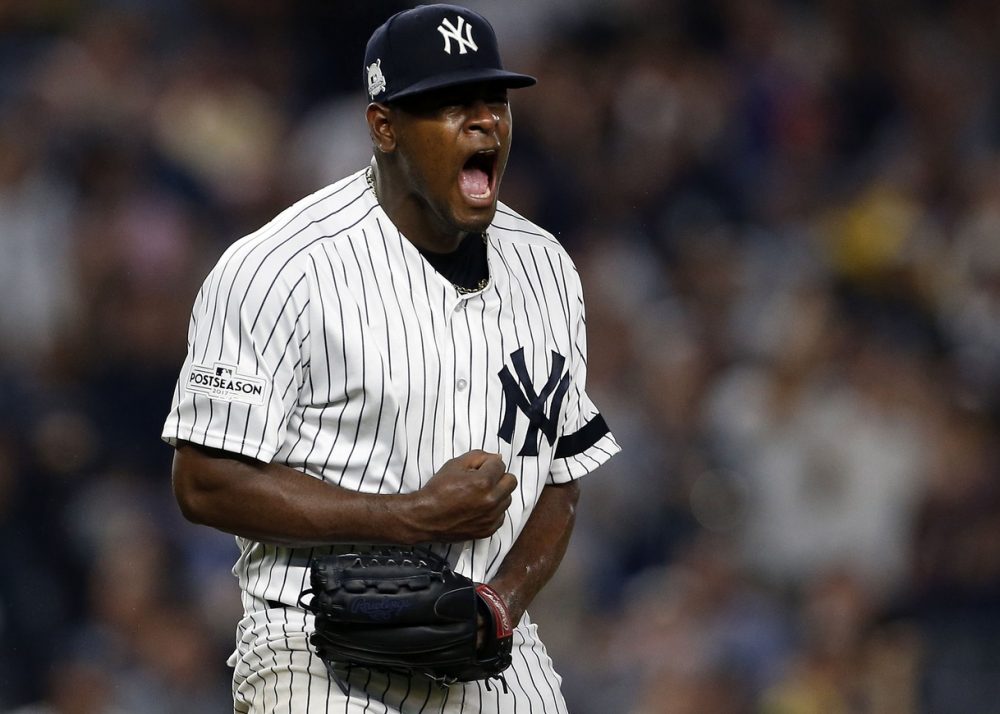 Baseball is such a different beast than the other major sports, and as an extension fantasy baseball takes on different challenges. With pretty much every player playing pretty much every day, it’s so easy for trends and entire seasons to fly under the radar. Because of that, there are underrated stars in just about every season, and some can even manage to get less than their due for stretches of multiple years. I’ve spent much of this season highlighting some of these players, with perhaps the best being Anthony Rendon. It’s just an unavoidable side effect of baseball that players are going to fly under the radar, and one of the keys to being a good fantasy player is recognizing these kind of trends before everyone else in your league.

With all of that being said, every once in a while, there are still players who I can’t believe don’t get their fair due. Just given the circumstances around them, they deserve more headlines than they receive, but for whatever reason it doesn’t happen. This year, that seems to be happening with Luis Severino. Now, don’t get me wrong. I think mostly everyone recognizes that he’s been very good this year, but he’s not being included in the elite class of pitchers even though he’s performed that well. Even in the real baseball landscape, the American League is viewed as Chris Sale and Corey Kluber, then everyone else. Really, Severino has been good enough that he’s closer to those two than to everyone else. It’s just surprising that he hasn’t gotten that due considering he’s the ace of the New York Yankees, a fairly large baseball franchise, as well as being a former top prospect in his early-20s who throws flames.

Either way, no matter the attention or possible lack thereof he’s gotten, Severino has made a leap into the top tiers of fantasy starting pitchers. And what a leap it is. It seems so far ago now, but coming into the season it wasn’t even clear if the 23-year-old would even make it into New York’s rotation. Some saw his ideal role in the bullpen given his 2016 struggles. As a result, he was selected as the 100th overall starting pitcher in NFBC drafts this past spring and in the 24th round overall. All he’s done since then is put up a 3.14 ERA over 26 starts with a 3.09 DRA that supports that skill set. That, along with some other skills we’ll get into in a minute, has been good enough to make him the No. 9 starting pitcher in fantasy this year, according to ESPN’s Player Rater.

While the ERA is very good, particularly when you consider his home park, it’s the strikeout numbers that make Severino such an intriguing and exciting pitcher. He’s already racked up 192 K’s on the season in just 163 innings of work, giving him more than ten per nine innings. He’s always had dynamic stuff, but this is a huge jump from his rates in his first two years. It’s not too hard to find the reasons, either. For one, the dude just throws gas. He is among the highest-velocity arms in any rotation in baseball, consistently pumping his fastball above 97 mph. That’s hard to make contact with, to put it mildly. It’s helped him induce more whiffs on pitches both in and out of the zone. He’s been particularly impressive at inducing whiffs on pitches in the zone, as his Z_Swing_RT ranks in the top 16 percent in all of baseball.

There are some tangible changes that have been made by Severino early in his career to back up this surge in strikeouts and giant leap in production as well. The first, most obvious and most important adjustment has simply been throwing more strikes. After struggling with command earlier in his career, his 48 percent zone rate is four percentage points higher than his previous career high. This approach has led to a higher swing rate on all pitches. Having opponents being more aggressive against a pitcher with this kind of stuff is sure to lead to more swings and misses and more weak contact. That’s exactly what’s happened.

In addition to simply hitting the zone more, Severino has also made a tweak in his secondaries that have led to more success. Specifically, he’s taken a bit of velocity off his changeup and slider while maintaining the high heat from his fastball. This, of course, leads to a bigger differential between the fastball and the secondaries, and as long as he’s throwing the two pitches well it leads to more confused hitters. He’s thrown both pitches well, and there have been an abundance of confused opponents. In addition to the whiffs, the secondaries have also induced more ground balls this year, which is obviously a key for a pitcher that throws in Yankee Stadium.

In the end, it feels like there is still skepticism around Severino. It’s fair, as he showed flashes of this in 2015 before taking a big step back in 2016. However, this version of the Yankees new ace is different than the one we saw in his rookie year. He has infinitely better command of his pitches and more confidence in his secondaries. When drafts roll around next spring, I’ll let others worry about him sliding backwards. I’ll take my chances with the young arm with big-time stuff, legitimately strong command and a supporting cast that should only get better.