Between the Bat Signal and Twitter, the Fantasy Team gets hundreds of hypothetical trade proposals each year. Should I trade Player A and Player B for Player C? Am I giving up too much? Would you do that trade? We do our best to offer thoughtful advice in an attempt to aid your quest for a fantasy championship.

One of the most common feelings in fantasy baseball, though, doesn’t come prior to hitting accept. It’s post-trade anxiety. Did I give up too much? Should I have made that trade? Oh f–k, Matt Moore looks great through two starts and maybe I shouldn’t have packaged him in a preseason trade for Dallas Keuchel (that’s totally not a feeling I had last night while watching Moore toss seven innings of one-run ball, striking out five, no sir).

With that in mind, I thought, who’s a better person to be the Ultimate Arbiter of Fantasy Trades than myself? The answer is Bret, actually, but I’m confident that I can be the Judge Joe Brown to his Judge Judy. I’ll present my findings and declare a winner in each trade. No ties allowed; this is baseball and not soccer, after all. 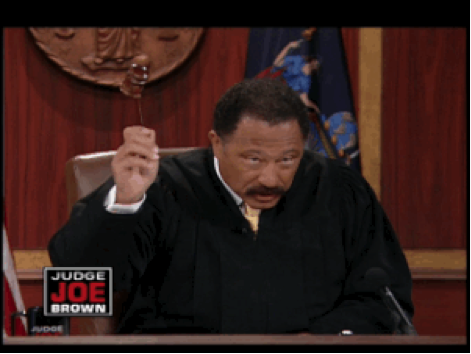 Team A gives up Trevor Story and Travis Shaw.
Team B gives up Xander Bogaerts.
(Submitted by @NathanChio)

Trevor Story is perhaps the biggest fantasy starlet of the fledgling 2016 season. He’s hitting .333/.357/1.111 with seven home runs through six games. Not only that, but he’ll benefit from The Coors Effect™ all season. The 23-year-old grabbed the starting shortstop role for the Rockies after the club placed Jose Reyes on leave following domestic violence allegations. After this start, it seems difficult to see how Reyes gets his starting role back, especially considering the fact that Colorado didn’t really want him (and he didn’t want them) in the first place.

This is a case of Team B getting seduced by early-season hype and forgetting about the diamond already in his grasp. I like Story well enough, but it’s difficult to see him being a perennial All-Star like Bogaerts, who put up one of the best offensive age-22 seasons for a shortstop in baseball history, hitting .320/.355/.421 with seven homers and 10 stolen bases. That’s should put the talent of Boston’s starting shortstop in perspective.

As far as Travis Shaw is concerned, he’s also someone who got a lot of helium this spring. He effectively kneecapped Pablo Sandoval and swiped the everyday role at third base. For now. Shaw hit .270/.327/.487 with 13 homers in just 248 big-league plate appearances a year ago. And if one only looks at that slash line, the trade makes a bit of sense. However, Shaw also is one year removed from a .262/.321/.431 slash line in Triple-A and two years removed from a .221/.342/.394 slash line in Double-A. He’s interesting, but he’s not even a sure thing to be the starting third baseman in June or July, much less all year.

It’s unclear if this is a dynasty league, which would lean heavily in Bogaerts’ favor, but I’m going to treat this as a one-year deal. The raw power numbers may not be as stunning, but I’m siding with the dude who should be one of Major League Baseball’s best shortstops for the next half-dozen years, at least. I’m not siding with the small sample of elite success and shaky track records.

The Verdict: Team A wins.

Team A gives up Byung-ho Park.
Team B gives up Byron Buxton.
(Submitted by @bpsmurph)

Here’s a trade that isn’t as lopsided as one may think on the surface. Buxton comes with impressive prospect pedigree and more hype than a Jose Fernandez start, but he’s quietly stumbled in the big leagues. The 22-year-old posted a 31.9 percent strikeout rate in the majors a year ago. It’s gotten worse (50 percent) early in 2016, and he’s only hitting .182/.182/.273 in seven games.

This isn’t to say that Buxton has failed as a prospect or isn’t as good as the scouting reports suggest. It’s far too early for that. What it’s not too early for, though, is for the Minnesota Twins to send Buxton to Triple-A Rochester for more seasoning. The center fielder has a mere 59 plate appearances at Triple-A and may have been rushed to the big leagues in an effort to speed up Minnesota’s contention hopes.

Byung-ho Park has stumbled in his own right, hitting .143/.250/.286 with a home run and no stolen bases. He also sheepishly boasts a 50 percent strikeout rate early in the season. After signing him to a four-year, $12 million contract in the offseason, though, it seems the Twins are stuck with the Korean slugger at the major-league level. Much like Buxton, he’s adjusting to better pitching, but he’s more likely to get time to figure things out in Minnesota. His fellow countryman, Jung-ho Kang, wasn’t great in his first month in the bigs. He hit .269/.310/.346 and ultimately figured it out. The Twins will hope that Park will adjust in the same way.

This has a chance to look stupid in four or five months, but for just the 2016 season, I’ll take the guy who will stay up with the big-league club all year. I’ll put my money on Buxton getting sent to the minors by the end of the month. Who knows when he returns to the Twins, either.

The Verdict: Team B wins.

Team A gives up Carlos Correa.
Team B gives up Mookie Betts and Rougned Odor.
(Submitted by @jonraypile)

My mind melted a little bit upon receiving this trade on Twitter. Three of my favorite young players being swapped in one transaction? Swoon.

Correa is a potential generational talent. He hit .279/.345/.512 with 22 homers and 14 stolen bases as a 20-year-old rookie and has continued to mash major-league pitchers with three home runs and a .400 on-base percentage in the first week of the new campaign. The Astros’ shortstop has been compared to Alex Rodriguez, and the stupid thing is that such a comparison doesn’t seem outlandish. It actually seems rather reasonable, which speaks to how damn much Correa rakes.

It’s hard to get fair talent for such a statistical monster at a premium position, but getting a dude who hit .291/.341/.479 with 18 homers and 21 stolen bases in 2015 is a pretty good start. Mookie Betts is only 23 years old and profiles as one of the rare five-category contributors in fantasy baseball. He was also a borderline first-round pick, probably a dozen-ish spots behind Correa in preseason drafts.

Not enough time has gone by to meaningfully change that valuation, so the question is whether Rougned Odor is good enough to make up for that talent gap. I’m gonna go ahead and assume this is the 22-year-old version of Rougned Odor and not his brother, who is 19 years old and also with the Texas Rangers (#toomanyodors). The Rangers’ starting second baseman showed immense talent last year but has really scuffled out of the gate. He’s hitting under .200 with only one homer.

It’s important to remember that Odor also spun his wheels a year ago. After getting sent down and called back up in the summer, he hit .273/.313/.520 in the second half, which made fantasy owners dream what he could do over a full season.

I think that talent is obviously still present, and it’s tough to say a single week changes that fact. He didn’t post much of a platoon split, if any at all, last year and showed off a power/speed combination that isn’t common at the middle infield position. Odor was an easy top-10 fantasy second baseman for me coming into the season. It’s too early for me to change that opinion. In that way, I do think Team B got enough talent to make up for the talent gap between Correa and Betts.

The Verdict: Team A wins.

Not if you are discussing his start in one of the many online fantasy baseball discussion forums around the internet. It's anything but quiet there. (unless that was subtle sarcasm)

Speaking of, still hoping one day BP will have its own discussion forums. That would gets lots of page views and page refreshes with ad views galore. You could even limit it to subscribers only and see if subscribers could mod the boards.
Reply to lipitorkid
jfranco77
This is a cool idea but it's really hard to judge without knowing the league parameters. (I'd imagine this is what makes the Bat Signal so fun* for you guys)

Correa for Betts/Odor... don't really like it in a 10-teamer where the team getting Odor already has ... let's say Kipnis.. but love it in a 20-teamer)

*not fun
Reply to jfranco77
LlarryA
Good article, but while I hate being That Guy, it could use a visit from the Proofreading Fairy.

In the first paragraph of trade A, it got jumbled as to Story taking over from Reyes, who was the one placed on leave due to a domestic violence incident.

In trade three, Correa is not the Astros' *catcher* (if he is, I really want that positional eligibility!)
Reply to LlarryA
jimmyb1799
You don't have to hate being That Guy. I appreciate the help.
Reply to jimmyb1799
kvamlnk
Since you invited help:

The format
Team A gives up Carlos Correa.
Team B gives up Mookie Betts and Rougned Odor.

is backwards. By listing the team name with the players they do NOT have, you have to "cross link" the lines to understand the trade results.

I appreciate the analysis and content and don't mean this as a serious grumble. Switching to "Team A gets ..." would be easier on the readers, and probably easier on you.
Reply to kvamlnk
jimmyb1799
I think you're correct in this critique, and that's certainly how I will handle it going forward.
Reply to jimmyb1799
lipitorkid
I always find that emailing the author usually gets a quick thank you and a fix without having their mistake forever in the comments. But you posted this as nicely as possible, so it's not too bad.
Reply to lipitorkid
LlarryA
Good point, thanks.

I see no point in getting nasty over minor glitches. I'm very meticulous in my own writing, and every now and again, I look back at something and wonder how I missed *that*... It happens...
Reply to LlarryA