If you’ve been paying attention to our Fantasy Categorical Breakdowns series thus far (which you should, because there’s a lot of really helpful insight written on those there pages), you’re familiar enough with the general plot that 2015 saw an overall spike in offense amid what has otherwise been a relatively consistent and steep decline over the past decade. George Bissell touched on this last week in his introduction to Runs and RBI, and I previously discussed the topic at some length in my look at ERA a couple of weeks ago.

Today we turn our attention to WHIP, and it should surprise no one that WHIPs around the league jumped correspondingly as the run-scoring environment increased last season: 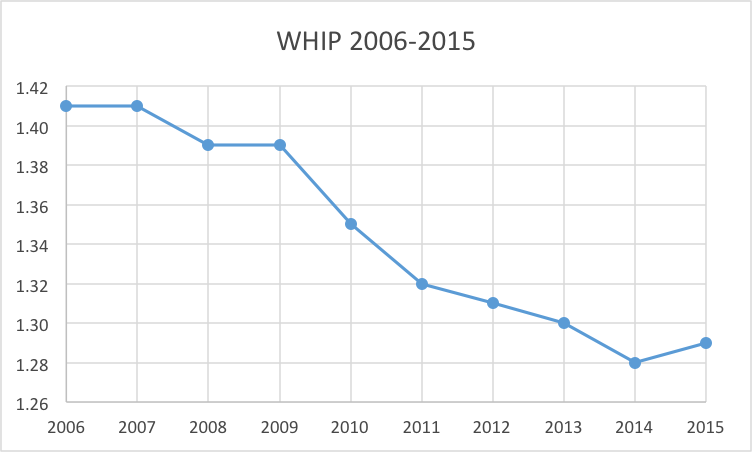 The year-to-year increase wasn’t that significant, however—especially considering that overall run-scoring increased by over 700 in 2015. And that’s the thing about WHIP: It’s a category that can go down to the ten-thousandth decimal place, and one in which the overall fluctuation year-to-year is going to be measured in millimeters, not miles.

The overall decrease in WHIP over the past decade has coincided with the general decline in offense we’ve chronicled in these pages at length, and the component breakdown of the category shows that both a drop in walk rate and rising whiff rates taking their toll on batting average have played complimentary roles in driving the trend. It’s worth noting that despite the massive increase in the number of defensive shifts that defenses have employed over the past several years overall BABIP rates have actually crept back up from a low of .291 in 2011 to .296 last year. 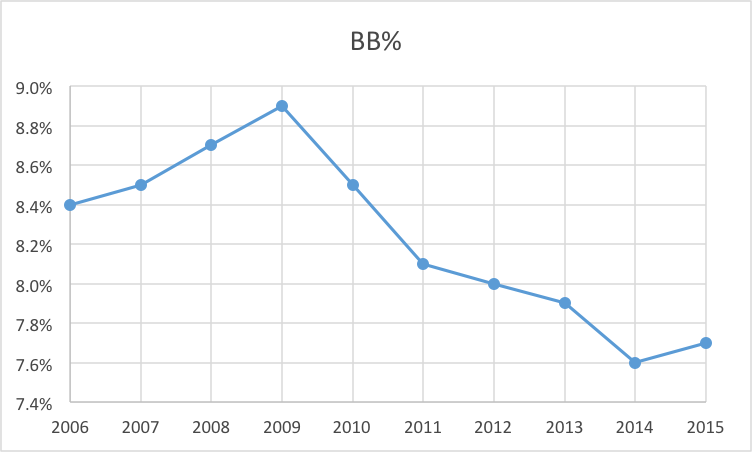 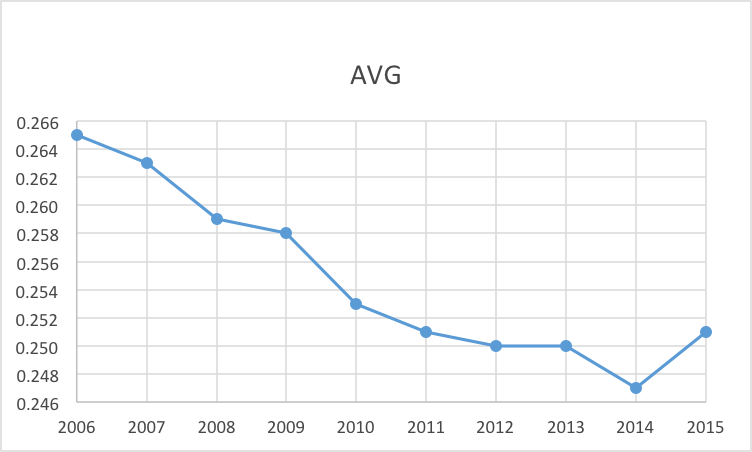 As far as recent production goes, the last two top-20 lists share seven pitchers in total, and they are who you thought they were: Kershaw, Bumgarner, Kluber, Price, Sale, Lester, and Cueto:

Additionally, the emergence of guys like Arrieta, Carrasco, Salazar, and Keuchel on the 2015 list occurred after strong second halves to 2014. Unlike ERA, in which we saw a much broader fluctuation year-to-year, it is that much more difficult to fight gravity on the underlying skill of allowing baserunners. As noted, even significant variance tends not to have too substantial a bottom-line impact one way or another; it is very unlikely, in other words, that a true-talent 1.00 WHIP guy is suddenly going to throw up a season of a 1.30 rate solely on account of poor luck.

It’s probably worth noting that things got slightly more top-heavy in 2015, and that jives with my findings in the ERA column that while top-20 starters were not immune from the higher ERA’s posted league-wise, they collectively produced a lower FIP last year in spite of extra runs on the board. Similarly, the average WHIP for a top-20 starter actually went discernibly down last year, falling from 1.0535 in 2014 to 1.034. This makes some intuitive sense, given the driving force behind those extra runs was the home-run ball, and elite starting pitchers tend not to give those up in plentiful numbers.