Previous articles in this series:

Jake Arrieta, Cubs
Here are some pitchers you should target in drafts so that you may feel a fleeting moment of happiness before these arms inevitably fail and man’s impermanence is thrust to the forefront of your consciousness once again.

If you're not comfortable with the concept, it's a tough sell. There are litters of pitchers who supposedly took a step forward, only to shrink back to most or all of their former selves. If you want to make some veteran fantasy owners angry/cry, just point them in the direction of Oliver Perez' 2004 season (figurative dynamite), his 2005 ADP (he was being drafted in the fourth/fifth round, if I remember correctly) and his 2005 season (literal dynamite). Of course, retelling the story about Oliver Perez isn't going to make people more excited to draft Jake Arrieta in 2015, but fortunately that's not all that either Arrieta or I have in our arsenal.

The numbers speak for themselves. Arrieta struck out more than a batter per inning, while keeping his walk rate below seven percent, establishing a career-high ground ball rate and allowing only five home runs on the season. He finished as the 16th-best starting pitcher in mixed leagues, while only throwing 156 2/3 innings on a last-place team. Of course, that 156 2/3 is the most important number of all, in that it forces the question of whether or not he can hold that level of performance over a full season into view. Those who watched Arrieta aggressively last year will tell you that the increased reliance on and performance of his slider, along with his sharpened command, will allow him to continue performing at a high level, but finding visual evidence that he was better isn't the hard part. And there's where the dilemma lies.

Drafting Arrieta isn't as much a belief that his talent is pure and repeatable, but an exercise in risk/reward. You'd be hard-pressed to find anyone who doesn't think that the Cub is a better pitcher than he was a year ago, and by a large margin. The question is how much of a discount as we, as a fantasy community, willing to accept as payment for the risk that he turns into 2005 Oliver Perez. If he's the same guy as last year, Arrieta is a top-10 starting pitcher. Easy. As the 26th pitcher off the board right now (according to NFBC data), the difference between him and the 10th starting pitcher being taken (Yu Darvish) is more than 60 picks—or at least four rounds. It's easier to make this sort of proposition with a pitcher, as you're more likely to see a late-round/undrafted pitcher break out (a la 2014 Jake Arrieta) than one who wields a bat. So targeting Arrieta as your SP2 (that works) or SP3 (even better) is a smart strategy, given the sheer odds that you'll run into an outperformer or two in the endgame or on the waiver wire. SP2s and SP3s disappoint consistently, whether it's injury or performance-related, so why are we still so afraid of a pitcher not repeating an SP1 performance level that he's already shown for a strong part of a season? Oh, right… 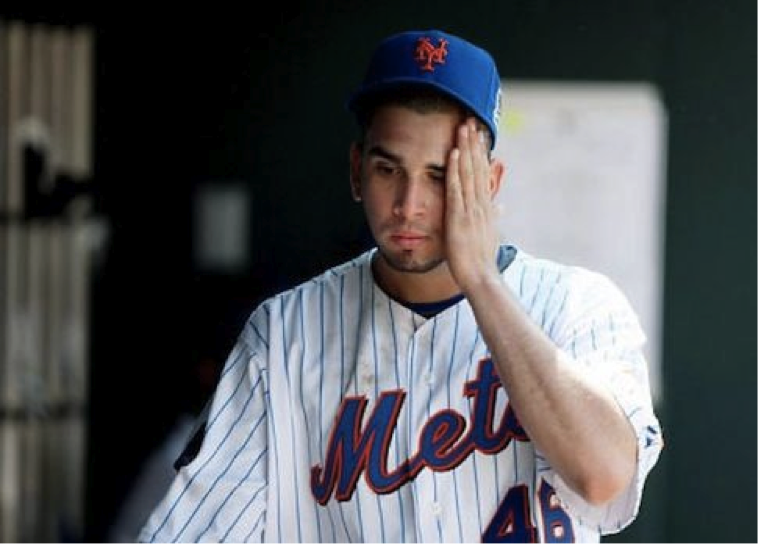 If you don’t believe in delayed satisfaction or don’t deal often in the dynasty realm, Cole probably seems like a bit of a bust to you. After going 1-1 in 2011, Cole has yet to cement himself as a “true ace” in the majors. He’s been quite good, but has thrown only 255 innings in the majors over the past two years, and hasn’t yet produced an elite strikeout rate with a gaudy ERA at the same time. He’s all of 24 years old now, so fantasy owners are impatient. Where is the demigod we were promised when the Yankees drafted Cole in 2009, and which we were promised once again two years later?

I think that fantasy force shows up this year. Cole posted a 9.00 K/9 with a 2.61 BB/9 ratio last season, and generated a ground-ball rate of nearly 50 percent. As someone who’s intimately acquainted with his arsenal from a scouting profile, that makes perfect sense to me, and if you put someone with that profile in front of Pittsburgh’s defense and in PNC Park, it’s hard not to fall in love from a fantasy POV. Cole is also built to eat up innings, and while he suffered through some shoulder issues last year, he’s as strong a bet as any pitcher to stay healthy moving forward.

Cole’s currently being taken as the 24th-overall fantasy starter, and that’s not crazy; in fact, I was a bit surprised to learn he was still being taken that high. But that’s still behind guys like Jeff Samardzija, who’s in a terrible park, Matt Harvey, who’s coming off a major injury, and Jake Arrieta, who lacks Cole’s contextual factors and pedigree. There’s room for Cole to function as a high-end fantasy SP2 this year, but you’ll probably be able to grab him at a SP3 price. That’s not an incredible bargain, but it’s still one worth looking into this preseason. —Ben Carsley

Nathan Eovaldi, Yankees
After another disappointing season in Miami, Eovaldi is heading to the Bronx; he dealt to the Yankees along with Garrett Jones and Domingo German this offseason. Eovaldi has all the tools to be a solid no. 2-3 starter in the majors, but just has not been able to put it all together. He possesses one of the top average fastball velocities among starting pitchers (his average fastball velocity was 96.7 MPH in 2014, maxing out at 100.96 MPH), but that has not resulted in big K/9 rates for the righty. His complimentary pitches are decent—his slider and curve are above average—but he has not been effective with his changeup, especially against lefties, which is part of the reason his strikeout rates are pedestrian.

With all that said, Eovaldi did not pitch as poorly as his numbers would indicate a season ago. His FIP was 3.37 (4.37 ERA), and the league-leading 223 hits he allowed were more a product of his 45 percent grounder rate and the porous infield defense behind him in Miami. Every regular Marlins infielder had a Defensive Runs Saved (DRS) rating below zero last season, while the Yankees infield defense in 2015 projects to be much better, especially with Chase Headley (13 DRS in 2014) and Mark Teixeira at the corners. Eovaldi historically has struggled with his control, but showed vast improvement in that area last year, putting up the best BB/9 ratio of his career (1.9 BB/9).

The Yankees know what a talented arm they have in Eovaldi, and pitching coach Larry Rothschild will be working with Eovaldi on his off-speed pitches, in hopes of improving his mediocre swinging strike rates. His current ADP is 380, which could prove to be a bargain for a pitcher with Eovaldi’s upside. While the move to the AL East could prove challenging, Eovaldi is just entering his age-25 season and the change of scenery could be just what he needs to jumpstart his career. Who knows, maybe his career trajectory will be similar to a fellow hard-throwing right-hander who went to Alvin HS in Alvin, Texas, and had his breakout season at the age of 25 after being traded to the American League? —Keith Cromer

Hisashi Iwakuma, Mariners
For starters, Iwakuma—he of the fourth-highest K:BB ratio in baseball over the past two seasons (behind only David Price, Matt Harvey, and Clayton Kershaw—is awesome. It appears as if Iwakuma (like another pitcher crush of mine, Doug Fister) gets knocked more for not being an elite strikeout pitcher than he gets boosted for being an elite control pitcher. There has always been a bit of an injury prone tag put on Iwakuma because of a past shoulder injury in Japan, but he has been incredibly durable in his only three seasons in the majors (only missing time last year for a finger strain). Perhaps it is his slight build that makes draft participants nervous, but since becoming a fulltime starter in 2013, his 398 2/3 innings thrown is the 25th-highest mark in baseball. Of the three pitchers being taken ahead of Iwakuma according to NFBC ADP (Tyson Ross, Gerrit Cole, and Alex Cobb), only Ross has eclipsed Iwakuma’s low mark of 179 innings thrown over the past two seasons. Yes, all three of these pitchers pitch in run-suppressing parks, and yes, they also get tons of groundballs, but I would take Iwakuma over all of them in a rare case of consistency being underrated in fantasy baseball. —Jeff Quinton

Marcus Stroman, Blue Jays
If you missed the Fantasy Freestyle I wrote on Stroman in December, well, if you’re reading this it’s too late. Fortunately, Stroman remains almost criminally undervalued by the fantasy baseball community. His current NFBC ADP is 164, which is 38th among starting pitchers, and he was drafted 169th overall in the recent experts league LABR draft. I’m still trying to comprehend how Carlos Carrasco was drafted 84 picks ahead of Stroman in LABR, but it’s actually more important to target Stroman in “only” leagues this year.

While there’s plenty of starting pitching available in mixed leagues, the American League lost Max Scherzer, Jon Lester, and James Shields to the National League this offseason. WARP obviously isn’t one of the standard fantasy categories, but it can still be a helpful tool for fantasy owners. For the upcoming season, PECOTA projects Stroman to have a 2.1 WARP, which is the ninth-highest projection among AL pitchers and ahead of Sonny Gray, Anibal Sanchez, and Alex Cobb. Masahiro Tanaka, Justin Verlander, and Michael Pineda are all projected for a higher WARP, though that trio is coming off a season with either injury or performance issues.

Stroman, however, is coming off an impressive first season in the majors. He made six appearances for the Blue Jays as a reliever, but as a starter last year his strikeout rate was 21 percent and his walk rate was 5.5 percent. His walk rate ranked 27th in all of baseball (min. 130 innings) and when he was at his best in September—his best month by FIP (2.16)—he walked only three batters in 31 innings. His 0.48 HR/9 for the season ranked 10th in all of baseball.

His tremendous stuff and K:BB numbers are impressive, but Stroman is underrated because of an adjustment he made to his pitch repertoire last season. He relied on his sinker much more heavily over the final two months as he used the pitch 31 percent of the time in August and 44 percent of the time in September, according to Brooks Baseball. As his sinker usage soared, his ground ball rate—which was 48 percent in the first half—increased to 58 percent over the final two months.

Assuming Stroman picks up where he left off in September, only now with the added benefit of pitch framer extraordinaire Russell Martin helming the ship from the backstop, the question surrounding his breakout should be when, not if.  How Bout Now? —Nick Shlain (not Schlain)

You need to be logged in to comment. Login or Subscribe
Muboshgu
Minor correction: the Yankees drafted Cole in 2008. Then he spent three years at UCLA before the Pirates took him in 2011, breaking my Yankee fan heart.

I own Cole in my dynasty league and am ready for him to breakout as a true ace this year.

Reply to Muboshgu
nehi55
Please, let us know when you change the rankings on the Scoresheet Draft Aid. Thank you.

Ron
Reply to nehi55
evaldi
The Arrieta piece shows he is the 26th drafted pitcher and the Cole piece says that Cole is the 24th but that Arrieta is being drafted before him.

Thanks
Reply to evaldi
metsRok
24th-overall fantasy starter vs 26th pitcher...
Reply to metsRok
MikePemulis
Nolan Ryan. Maybe everyone knew that and I'm just being that guy but it needed to be said.
Reply to MikePemulis